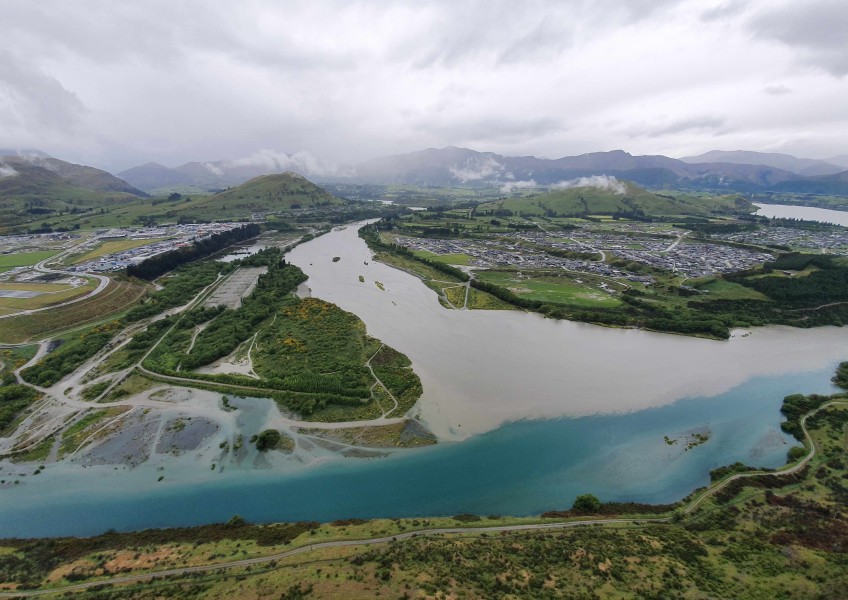 The following comprehensive update, and images, have been provided by the Otago Regional Council a short time ago - 3.50 pm December 4th.

Heavy rain is continuing to fall on the Otago headwaters today, after easing yesterday evening. A current MetService severe weather warning is in place until 4pm today.

River flows feeding into Lakes Wanaka and Wakatipu, such as the Dart River and Matukituki are beginning to increase further after flows dropped briefly last night.

There is also a strong wind watch in place for the region, excluding Clutha district, which can exacerbate the effects of high lake levels.

With the current rainfall forecast and the rising river flows on Otago’s headwaters, lake levels will continue to rise today and in the coming days.

Both Lake Wanaka and Lake Wakatipu are currently above the high lake level threshold. 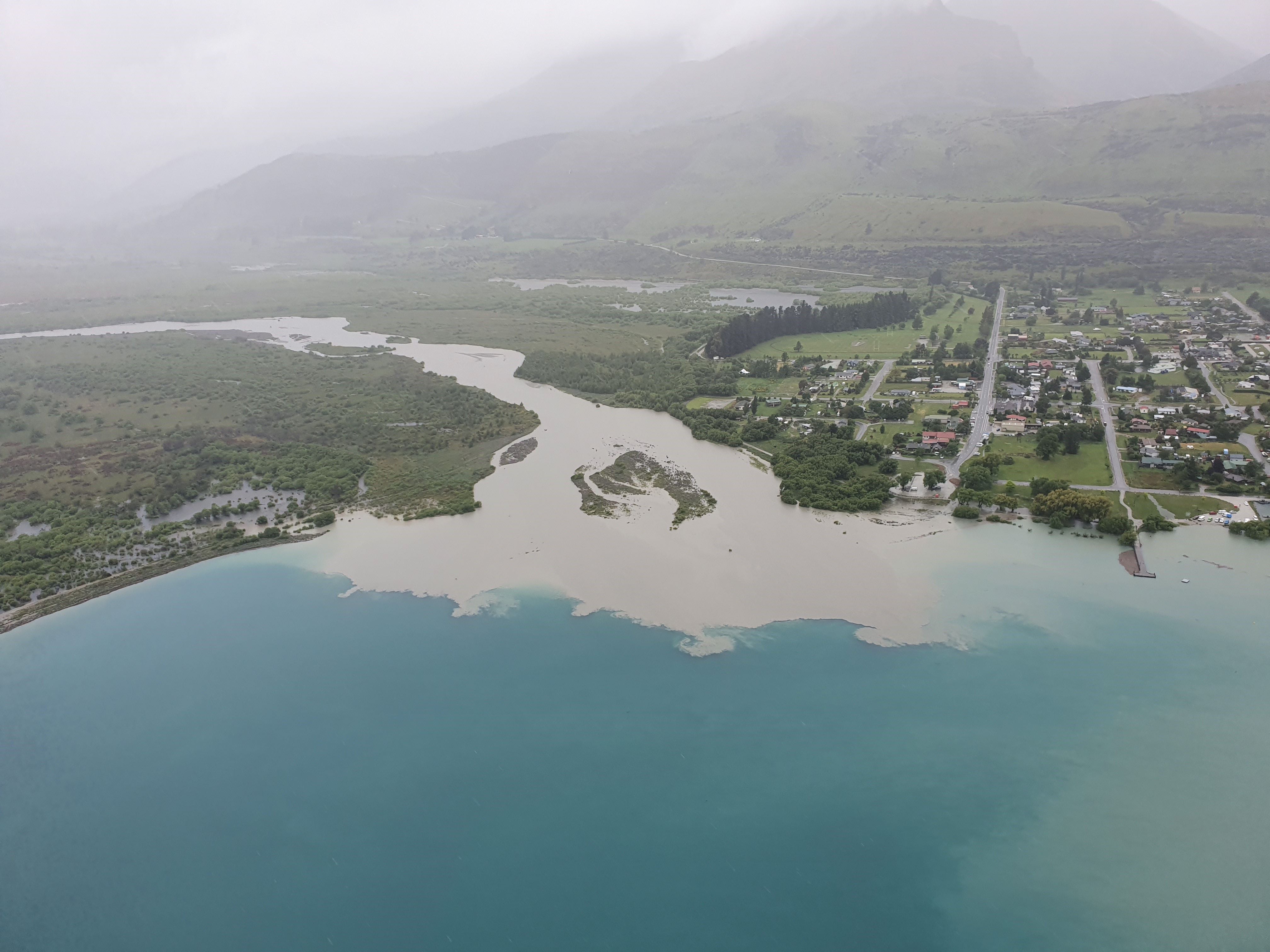 The Rees River enters Lake Wakatipu at Glenorchy - taken from an ORC aerial survey this morning. 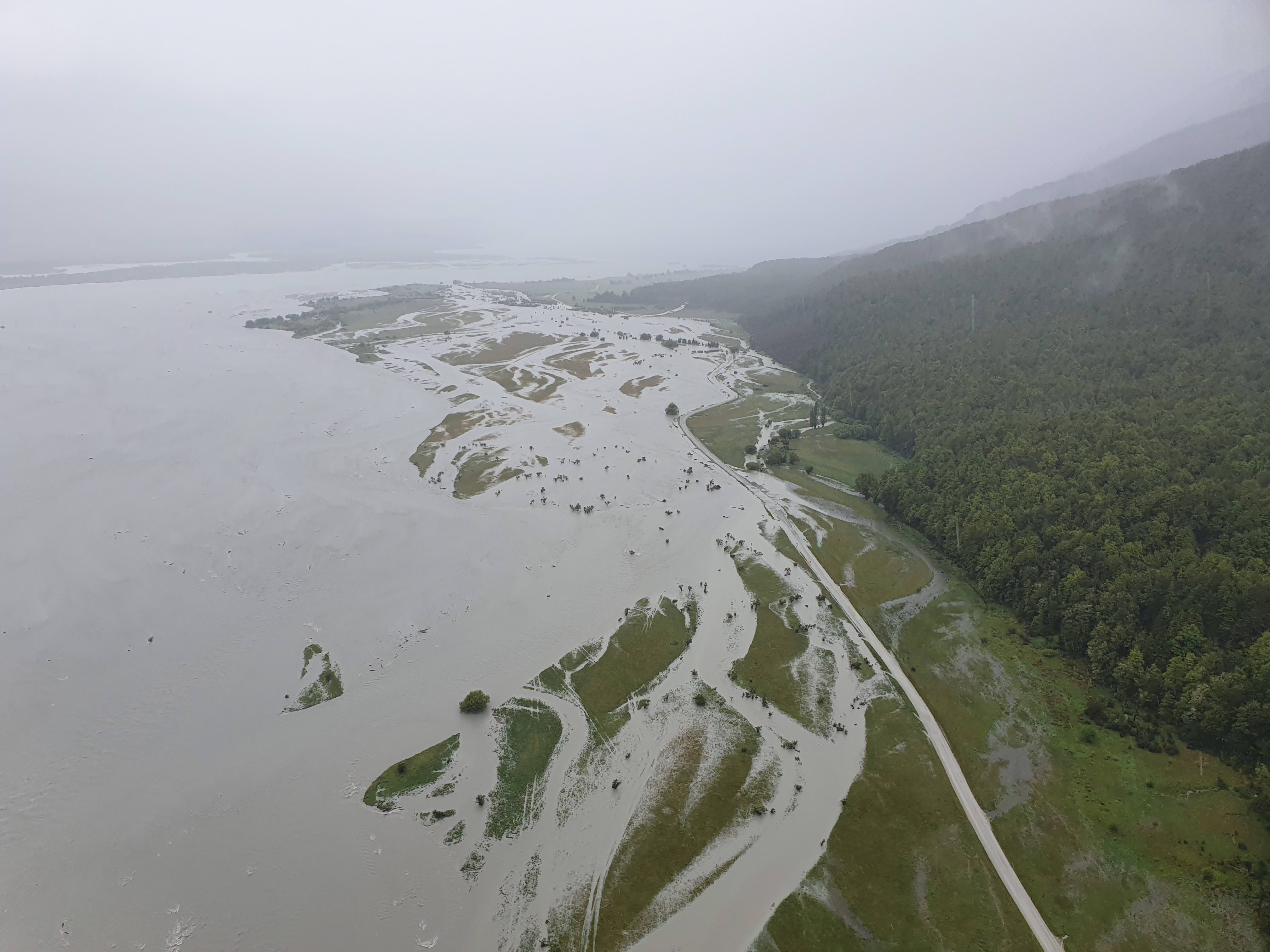 The Dart River at the top of Lake Wakatipu today. 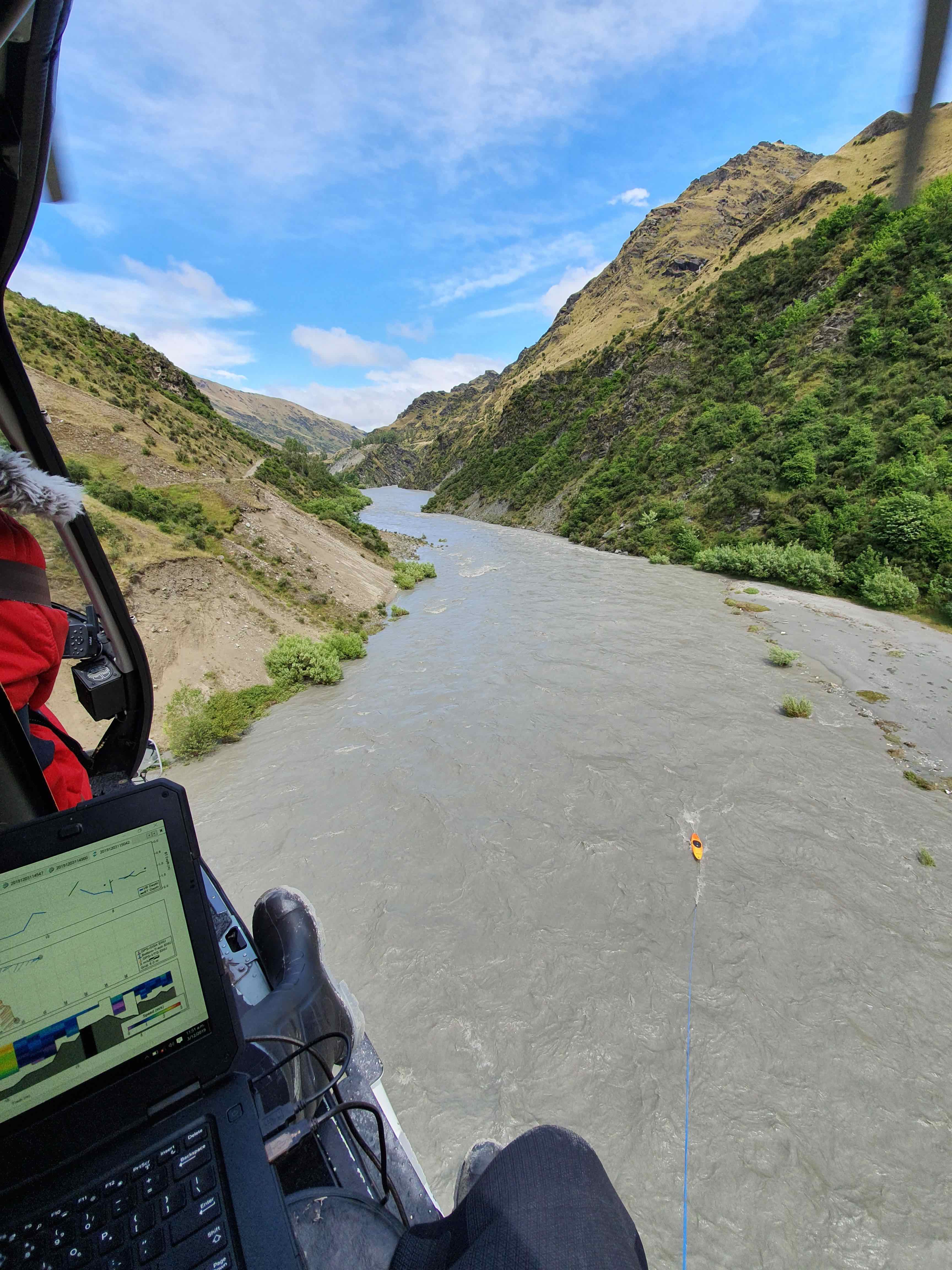 Lake Wakatipu is currently at 311.05m, which is close to the level where water from the lake can enter low lying lakeside reserves and potentially the stormwater system in Queenstown. The lake begins to overtop into lower lying parts of the Glenorchy Waterfront Reserve at a level of 311m.

Lake Wanaka is currently at 279.73m. Updated modelling by ORC’s flood management team shows that the lowest-lying parts of Ardmore St are likely to see some flooding from the lake this week.

However, lake levels and river flows will continue to be high for some weeks, meaning there is a continued risk of further flooding. 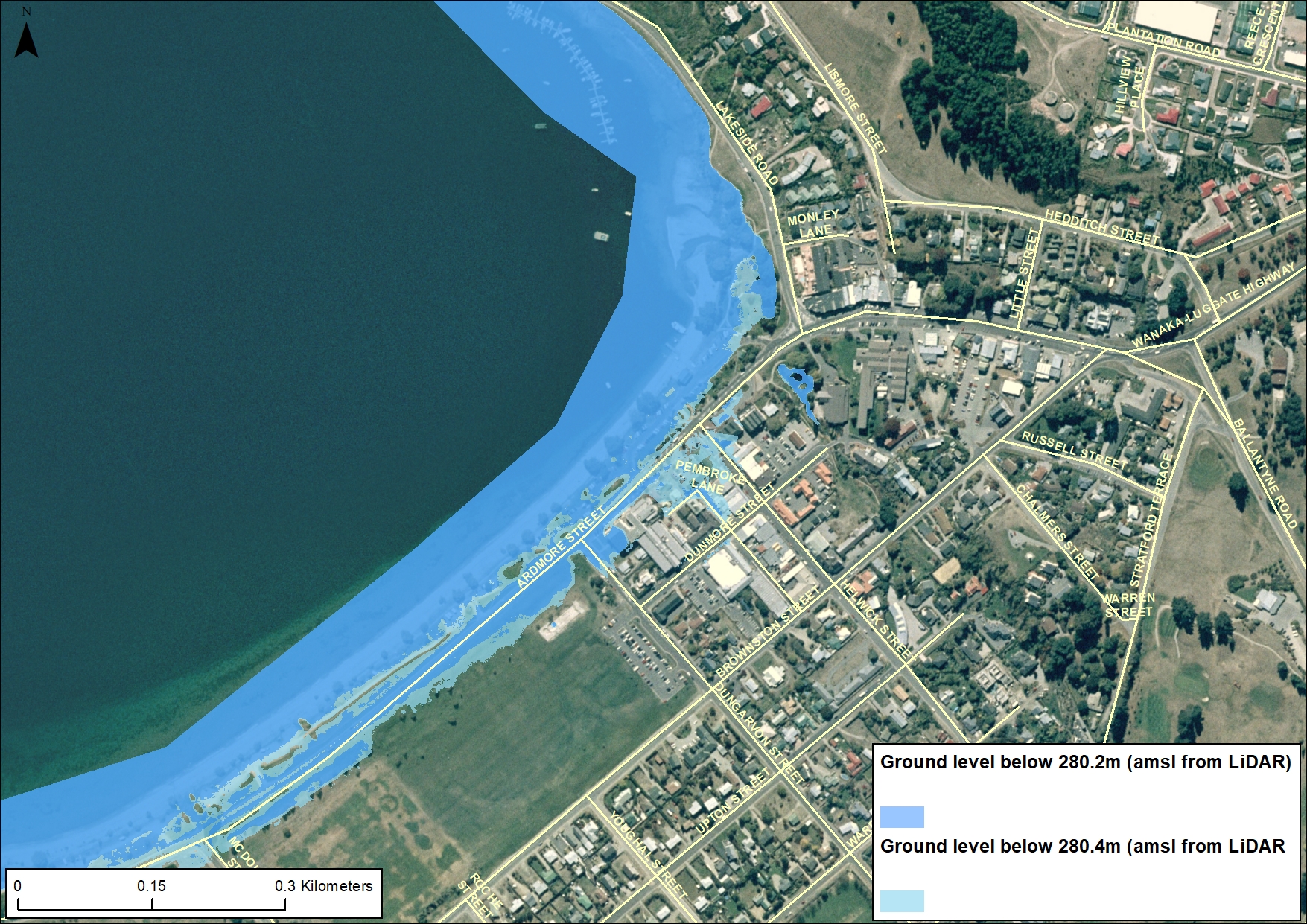 Detail of the ORC's forecast flooding areas in central Wanaka. 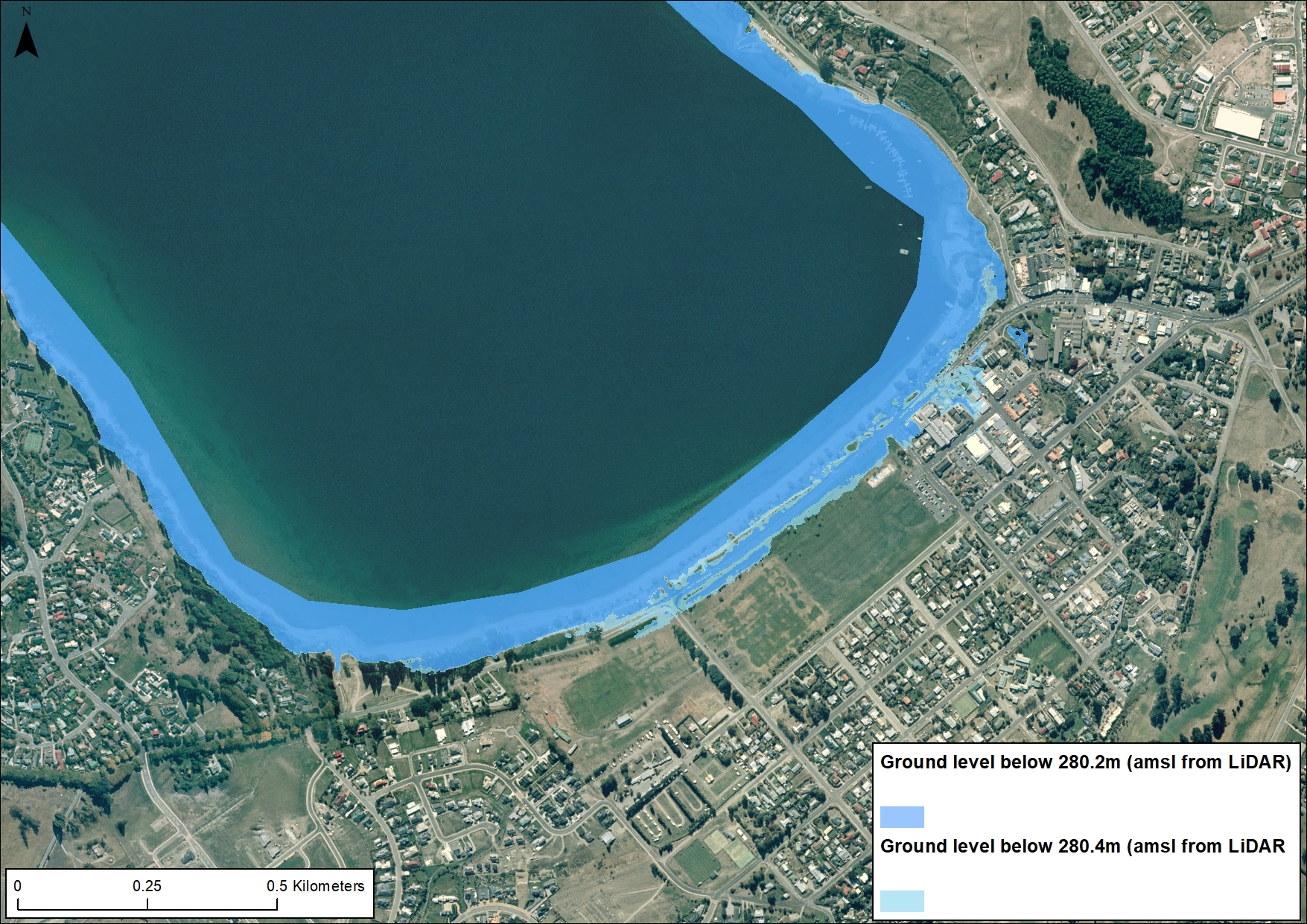 This ORC map shows the wider lake area likely to be flooded in Wanaka.

Elevated river flows are beginning to move downstream through the Clutha / Mata-Au River catchment. There are currently no concerns about ORC’s flood protection schemes in Alexandra and Balclutha handling the expected flows downstream.

People operating in the vicinity of the river need to be aware of the possibility for the flow to rapidly increase because of high rainfall in the headwaters, regardless of the local weather.

The focus of ORC’s monitoring is extending throughout the full catchment as water moves downstream. The sequence of rain events and duration of high water and flow levels will continue to pose a risk throughout the catchment.

MetService have indicated that further periods of heavy rain are expected for the rest of the week. MetService forecasts that rainfall amounts will exceed warning criteria with confidence on Friday and moderate confidence on Saturday.

Outside of the headwaters of the Clutha / Mata-Au River catchment, there is no significant rainfall predicted for the rest of Otago, and high flows in rivers elsewhere in the region are not expected.