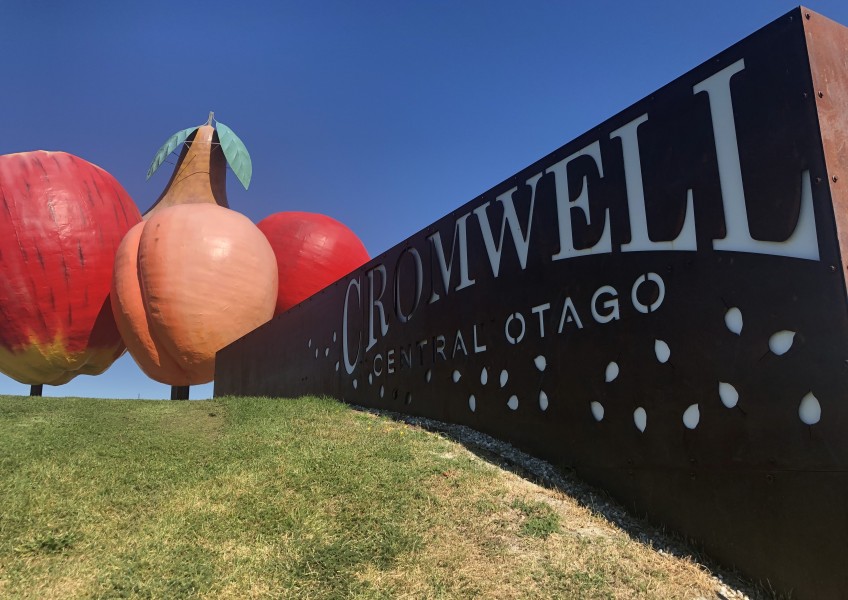 CODC makes a big play on future plans for Cromwell

Plans to revitalise Cromwell’s mall and develop an arts, culture and heritage precinct on the shore of Lake Dunstan represent a suprisingly bold move by the Central Otago District Council to reimagine the town's future.

The draft Long-Term Plan, which could have easily taken a more conservative approach, opens for feedback today.

Outlined in the document are the two significant build projects – the town centre’s with a price tag of $42 million, the lakeside precinct’s, $31.5 million.

Council plans to borrow money for the capital projects to bulk up money sourced from cash reserves, land sales and rates.

In a consultation document, the Council says revitalising the town centre and mall to make it a place where locals and visitors want to shop, socialise and spend time is a priority.

Its top option includes plans to demolish some of its existing buildings in the mall, replacing them with new buildings to house a library, Council service centre, and town resource centre. 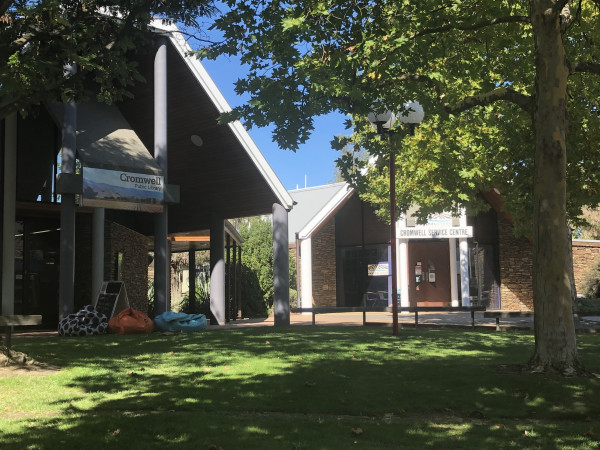 Past use-by date: Cromwell's library and council service centre are slated for demolition as one option for consultation in the Council's Long-Term Plan.

Down the road, adjacent to the Cromwell Heritage Precinct, the Council’s preference is to knock down the existing memorial hall, which is in urgent need of earthquake strengthening and has asbestos issues, and develop in its place a hall and events facility, with museum, gallery, theatre and meeting spaces.

Of the total $31.5 million budget, $16 million is earmarked for the town hall or events centre, $6 million for the museum and $9.5 million for landscaping, demolition and project management.

As part of the concept, there’s scope for private investment in the form of a “statement” hotel or accommodation building.

Council's plans for a new arts, culture and heritage precinct to replace the Cromwell Memorial Hall. There's the option for the Town and Country Club to be accommodated for within the new buildings.

The Council’s preference is to get stuck in and begin work on the distinct build projects simultaneously, so the projects can be delivered in a timely manner.

Included in the plan are cost-saving alternatives – smaller footprints for the events centre, sticking with and refurbishing the existing memorial hall (sound familiar?) – and options to do the two major build projects one after another rather than simultaneously.

In 2018, Cromwellians embarked on a Masterplan process, in which the state of the mall and the existing memorial hall were identified as top let’s-get-these-sorted issues.

While momentum for action existed within the community, a mix of Covid-enforced delays and necessary Council process meant for many it felt like some of the big-ticket projects had been put on the backburner.

However, the plan of Council was always to consult on the costs for the Masterplan’s capital projects through the Long-Term Plan process.

In an earlier statement, Council said a huge amount of work has been going on the background to make sure financial modelling for capital projects prioritised by the Cromwell Masterplan are included in the Long-Term Plan.

But Cromwell business owner Gary Anderson says he and other retailers and property owners in the mall have not had the opportunity to feed into Council’s plans for the town centre since the Masterplan process several years ago.

He’s not convinced demolishing buildings and starting again from scratch is good use of public money.

“They want to knock down the existing Council building, library and museum…it doesn’t make economic sense.”

Plans to spend more than $12 million on its own service building can be likened to the Otago Regional Council’s plans to build its “ivory tower” offices in Dunedin with a hefty public-paid price tag, he says.

“Pretend this is not public money you’re dealing with…It’s common sense for me as a property owner.”

How will the Council's top pick affect rates? Note Cromwell ward ratepayers will pay both the Cromwell ward rate above as well as the district rate. Rates outlooks for alternative projects and timelines are available in the Long-Term Plan consultation document.

“People can’t get a park now…That’s the secret to a town’s survival, a town’s success – ease of access. It’s not rocket science.”

In its consultation document, Council defends its ambitious plans for the town.

It’s clear from feedback garnered from locals during the Cromwell Masterplan process they wanted Council to do just that, it says.

Crux has approached the Cromwell Cultural Centre Trust for comment of the Council’s proposed plans for the arts, culture and heritage precinct.

The trust was established by a passionate group of volunteers keen to drive the development of a new multifunctional facility to replace the defunct memorial hall.

The group is analysing the Council’s latest consultation document before making any official comment.

However, a source involved in the trust says it’s been frustrating sitting on the side line, with little engagement with Council, despite skilled and energetic volunteers putting in plenty of groundwork on the project.

The precinct project outlined by the Council assumes only ratepayer funding, while the trust's template, based on success stories from other Kiwi towns, involves mixed funding sources and project ownership, the source says.

It’s also disappointing to still see a refurbishment of the existing hall still broached as an option, when it was clear in the Masterplan process that few in the community supported the option, the source says. 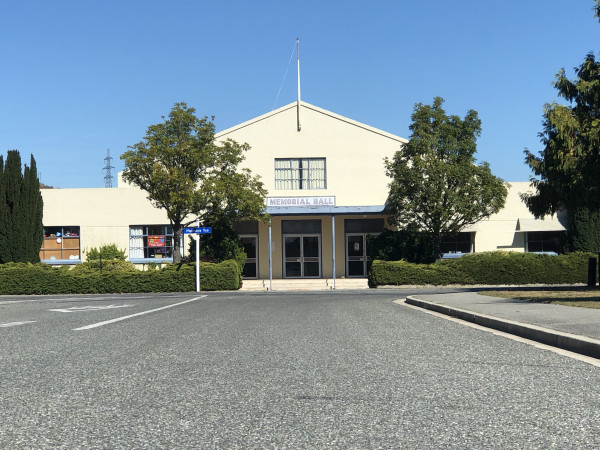 Refurbishing the existing town hall, including strengthening it for earthquakes, is outlined as an option in the Long-Term Plan consultation document. It is not Council's preferred option.

Speaking on behalf of CODC, Ms van der Voort says information from the Trust was used in the financial modelling of the proposed new events centre.

The masterplan programme is a significant and complex series of projects with costs coming in at around $73 million in today’s dollars, she says.

"The Long-term Plan process is where the community get to tell the Council whether they are happy with the proposals, the timing, the scale and costs, and most importantly the impact on their rates.

Once adopted, projects can commence as detailed in the 10-year plan, with detailed planning, including detailed design of buildings, landscape planning, and procurement of services, required before any construction commences.

"This will occur over the first two years."

In a statement supplied to media, Mayor Tim Cadogan says he’s encouraging all of the Central Otago community to get involved in the Long-Term Plan consultation.

"We want our Long-term Plan to provide some certainty of direction for our community in what are very uncertain times.

“We want to keep our district moving, but need to know if our community is happy with the direction we are taking.

“We are saying whether you agree or disagree, or have an alternative suggestion to throw in the mix, we need to hear from you and be guided by you.”

Keen to have a say on the Long-Term Plan?

The Ka Aka Whakamua - Framing our Future consultation document, which outlines key issues for community feedback, is available along with supporting information on the Council's website and copies will be available at Council service centres and libraries.

There will be opportunities throughout the consultation period for the public to engage with staff, local councillors and community board members about Long-term Plan topics and ask questions, starting at the Cromwell Farmers’ Market on Sunday.

Community feedback will be used to develop the Long-term Plan 2021-2031, which will come into operation from July 2021.