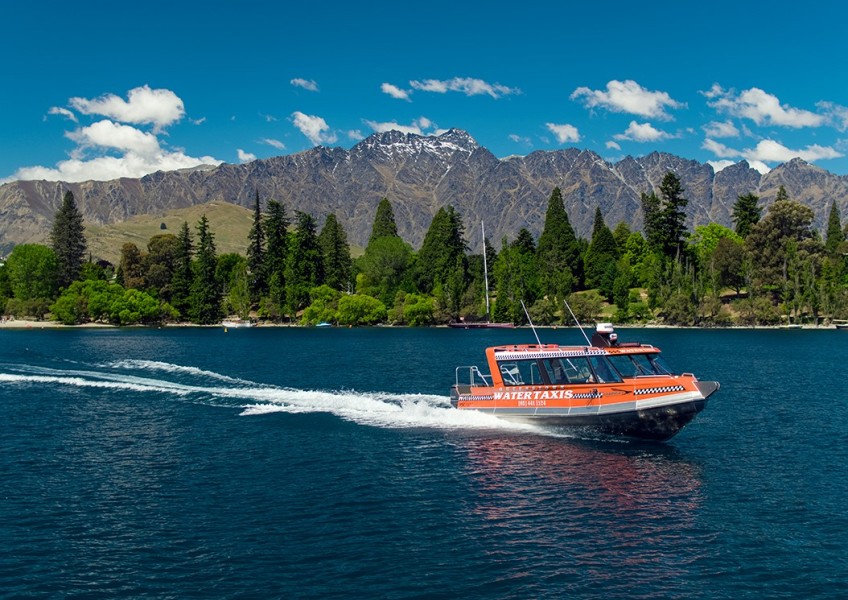 Since that article, published Thursday, November 3, we did some digging and noticed an additional $700,000 allocated towards ferry infrastructure in the council's budget.

This was found in the Queenstown Lakes District Council Annual Plan for 2022–2023, listed under 'Lake Whakatipu Ferry Infrastructure Improvements'. Evidently producing extra questions, which we posed to the council today.

QLDC said this hasn't been spent yet, but instead, set aside for "improvements to jetty structure, wharves and related infrastructure to enable the viability and efficiency of a water taxi service". They also alluded to some future construction in the works and Crux will be following up on this.

But let’s start with the answers.

The QLDC confirmed the Buston-Lapsley wharf was purchased for $3.1 million in February 2019.

The QLDC helped explain: the two councils work together, with the ORC planning and providing the services, and the QLDC providing the infrastructure, such as bus shelters and wharves.

Thus, QLDC's ownership of a wharf for public transport is not out of the ordinary.

But why has it never been used for public transport in four years?

The QLDC replied to this query, saying they took a “long-term view” when the purchase was made. When the wharf came available on the open market, it did not coincide with the ORC’s public ferry service at the time.

In the interim, the council is generating income on the wharf, renting out its berths to several different companies - since these leases are commercial, we can't tell you how much the council makes on these deals as the figures are not publicly available.

Meanwhile, the ORC is using the Steamer Wharf – right next door – for the ferry service.

The ORC began operating a trial ferry agreement with Go Orange, now RealNZ, in October 2020. This came after strong voices in the community asked for public investment.

A petition from the Kelvin Peninsular Community Association (KPCA), gathering 1900 signatures, is one example.

KPCA chair David Mayhew says the public investment into the ferry was a good first step, and it provides a great service for Kelvin Peninsular, but more improvements can be made.

He's heard of people at the Bayview terminal unable to hop on the ferry, as it arrives from the previous Hilton terminal already at capacity, meaning users can't get on.

"If it's not reliable people won't get out of their cars and use it."

Mr Mayhew believes for the long-term, the ferry service should increase capacity and frequency - at the moment it operates hourly - and it needs more integration with the busses.

Due to the geography of Queenstown and expected population increase, he sees "a lot of potential" for a Frankton terminal, to service those at that end of town.

In terms of sustainability, he hopes they move away from vehicles that use fossil fuels.

In order to improve the service, greater public investment will be needed, he says.

But there is potentially some changes on the horizon for Queenstown's public transport, with a new business case between the QLDC, ORC and Waka Kotahi under development.

Engagement with the public on this new project is set to happen in the first quarter of next year.

The QLDC has said the potential future use of the wharf is likely to be considered as part of this case.

Figures supplied by the ORC show the ferry service is well-used, with 7,199 passenger trips recorded in September.

Some more Q&A with the council on their Buston-Lapsley wharf:

Crux: Who voted and consulted on the purchase - specifically were ratepayers consulted and allowed to provide submissions on the process?

QLDC: The purchase was conducted under delegated authority.

Crux: Have there been any discussions about selling the Buston-Lapsley wharf?