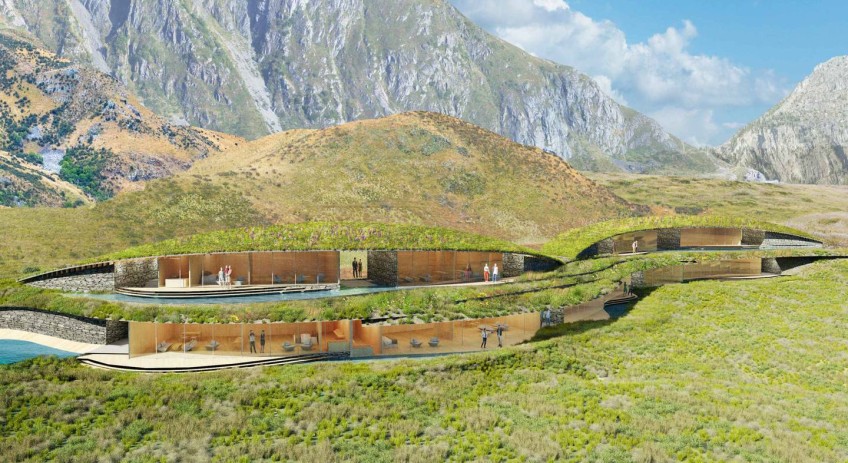 The sprawling luxury lodge of controversial PayPal billionaire Peter Thiel planned for the outskirts of Wānaka has been given the thumbs down by a panel of three commissioners.

Mr Thiel’s company, Second Star Ltd, had applied to build a grass-roofed complex, tucked into a hillside on a 193-hecatare block of land at Damper Bay, to accommodate up to 30 guests.

The decision was made by three independent commissioners on behalf of the Queenstown Lakes District Council and was released today. 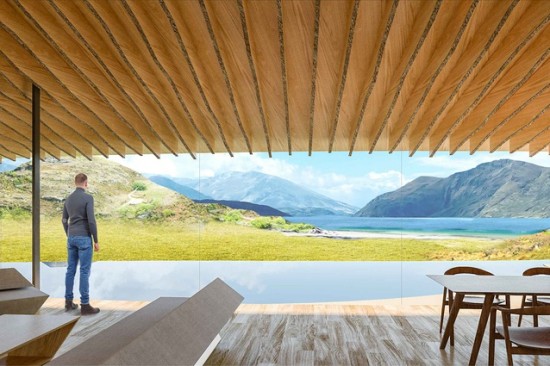 The proposed lodge for 30 guests was 'of a sufficiently large scale and impact that it will draw the eye and be inappropriately dominant', the commissioners' decision says.

The proposed building complex was “of a sufficiently large scale and impact that it will draw the eye and be inappropriately dominant”, the commissioners' decision says.

The land in question sits within an area designated in the Proposed District Plan as an Outstanding Natural Landscape (ONL) – limited development is provided for in these zones, but that development must complement the qualities of the ONL.

The extended, horizontal length of the building, with one-to-two storey windows, doesn’t fit the bill, according to the commissioners.

“The curvilinear plan form and curved green roof features that characterise the architectural and landscape strategy will not mitigate this substantial horizontal building scale when viewed from the north, which at present allows a nearly continuous landscape from the lake edge to the top of Mt. Alpha to be appreciated,” the decision says.

The would-be lodge has been designed by Japanese architects Kengo Kuma and Associates, who also designed the Tokyo Olympic Stadium.

In May, a public hearing was held on the proposal, when local environmental groups including the Longview Environmental Trust and the Upper Clutha Environmental Society opposed Second Star’s resource consent application.

QLDC planner Sarah Gathercole also wrote a report recommending it be refused, saying the building would be visible from key locations including the Glendhu Bay Track (which the commissioners mention in today’s decision), Wānaka-Mount Aspiring Road, and Lake Wānaka

"It considers that the only capacity for development on the Second Star subject site is within the already approved building platform that permits a large dwelling with excellent views in a tucked-away location."