Climate and culture clash in Queenstown

The protesters, allied to the global Extinction Rebellion movement, said their goal was not to disrupt or even influence the delegates inside, but to "make some noise" and raise public awareness of the urgency for dramatic measures to reduce climate change. "They haven't listened to us over the past 30 years - so why would that change now?" said Extinction Rebellion, Southern Lakes organiser Anna Simmonds. 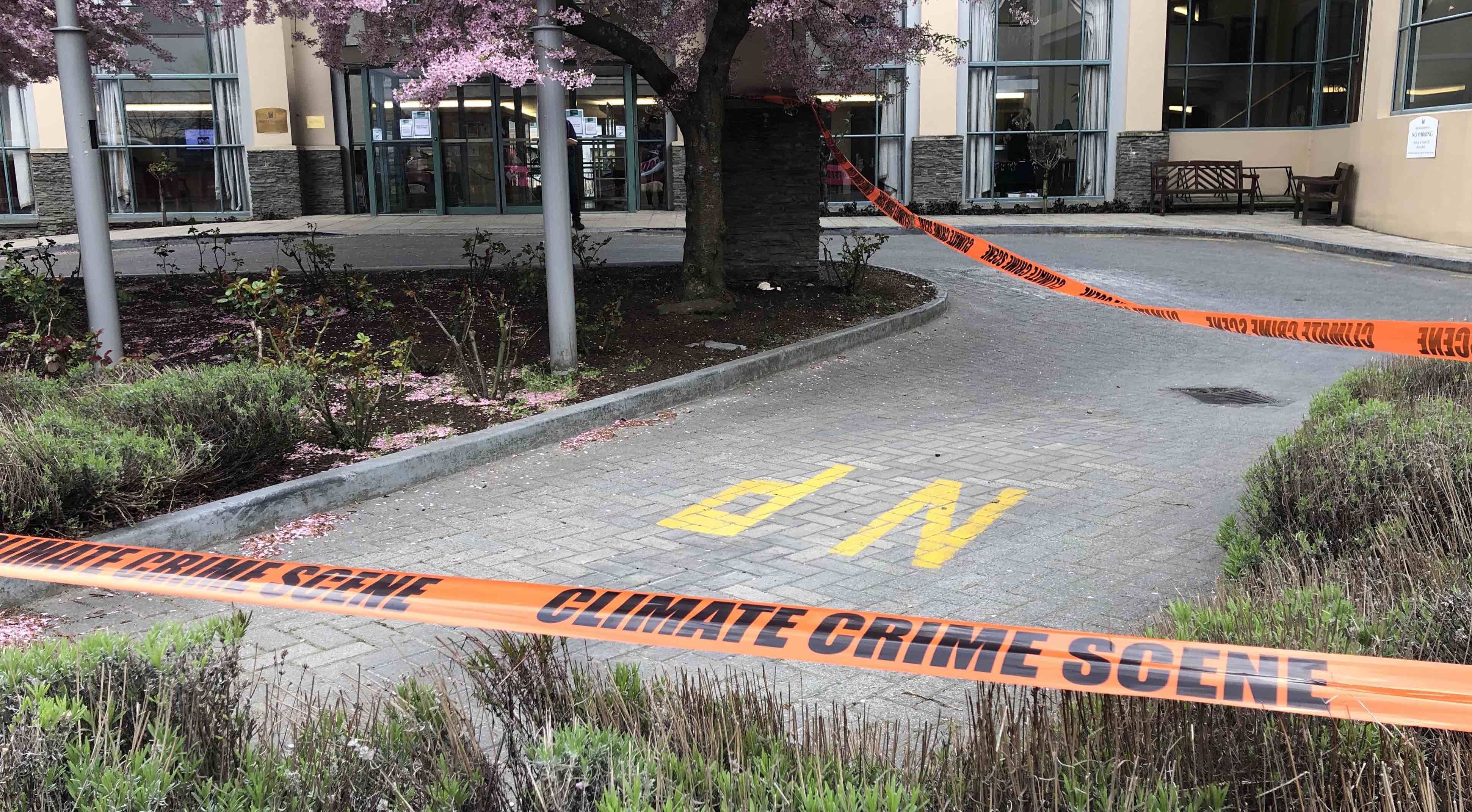 The conference hotel was wrapped in Crime Scene tape by protesters

The New Zealand Petroleum Conference is being held at Queenstown's Millennium Hotel with speakers including oil industry delegates such as the controversial US Halliburton corporation, Australia's Beach Energy and NZ's Todd Energy.

The event is organised by The Petroleum Exploration & Production Association of NZ (PEPANZ) in conjunction with the NZ Government (NZPAM and GNS Science).

Protesters outside the Millenium Hotel this morning

“This week, just after our Prime Minister talks up New Zealand’s commitment to solving the climate crisis at the UN, another part of her government is mingling with the very companies most responsible for causing it” one of the protest spokespersons Rosemary Penwarden said. "This conference is all about further expansion instead of stopping its use"

The Queenstown Lakes District Council voted 6-5 in favour of declaring a climate and ecological emergency in June. July saw Queenstown’s mean temperature double its average for the month.

“Businesses suffer when the snow stays away.” Ms Penwarden says “The fossil fuel industry is most responsible for the slow demise of this iconic tourist winter wonderland. The burning of fossil fuels causes global warming and that melts snow. It’s not rocket science. It’s climate science. It’s plain physics. This conference should be shunned by the people of Queenstown.”

Police and security guards kept a low profile inside the hotel lobby, preprepared for the type of disruption that has sometimes characterised this type of protest. Protest groups had sent out a false email a few days ago telling delegates that the conference was cancelled. Conference organisers had tried to keep the venue a secret for security reasons. 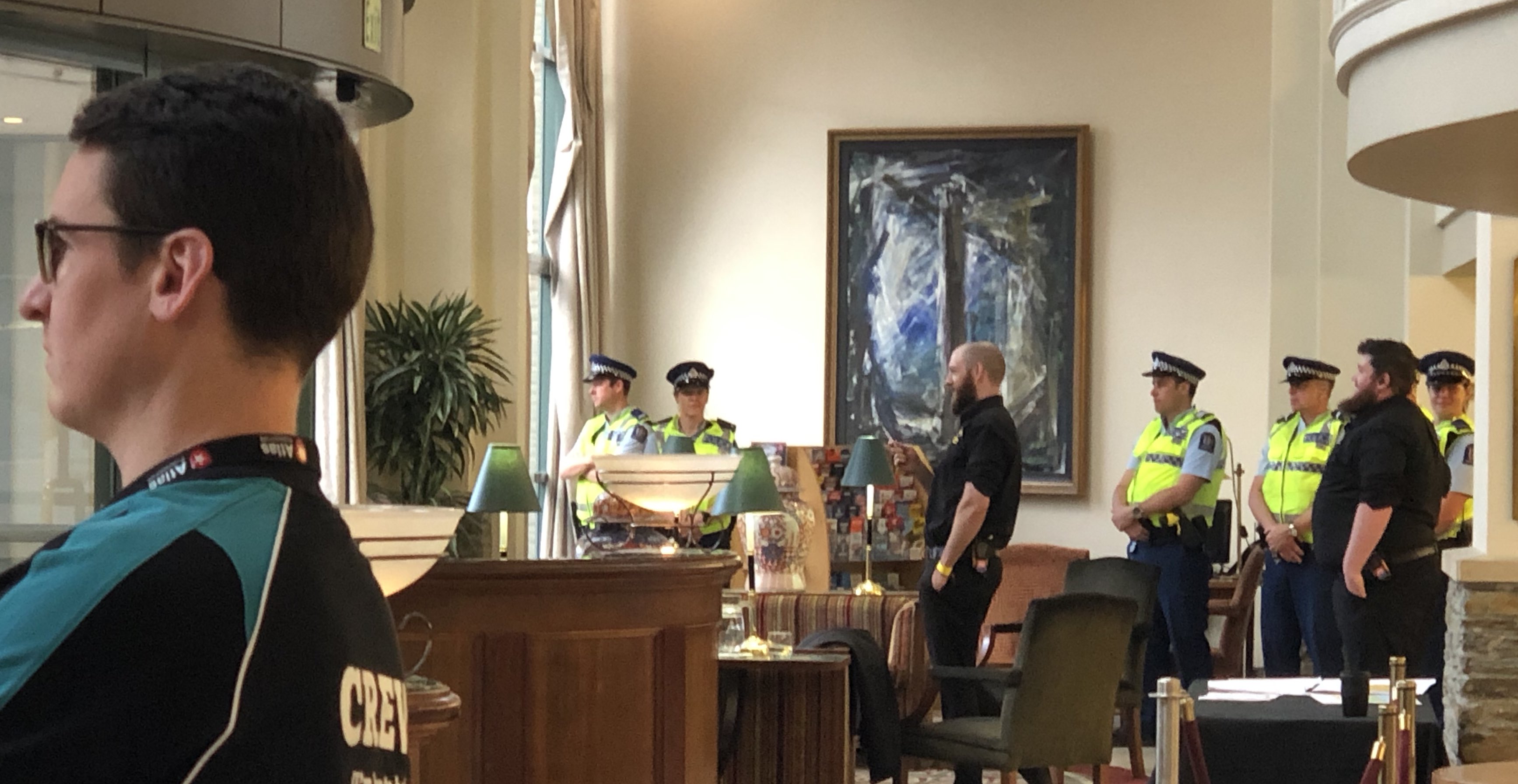 Police and security staff were on standby inside the Millenium Hotel.

In the end though the protester number were relatively small and the conference was not disrupted this morning.

Crux spoke to the Chief Executive of the petroleum lobby group PEPANZ that organised the conference, as well as to to Anna Simmonds of Extinction Rebellion Southern Lakes.