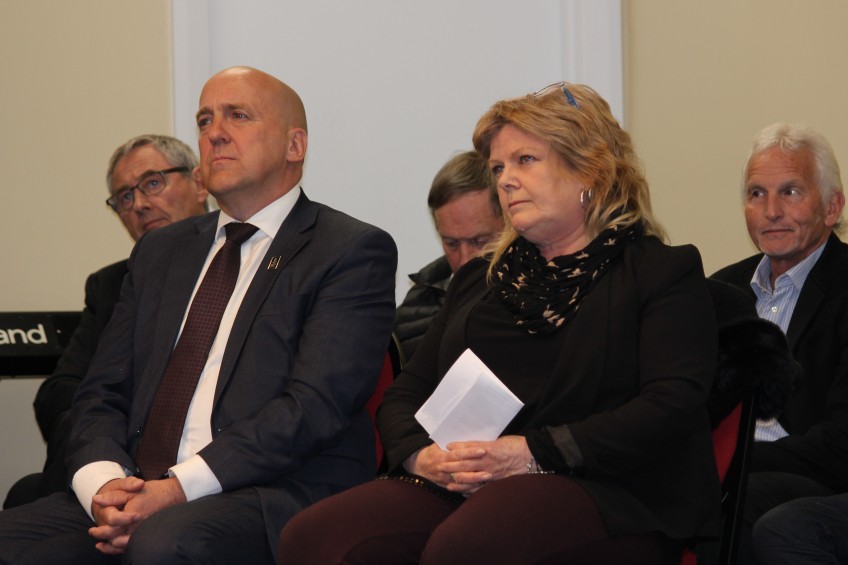 Candidates grilled in the first of Cromwell’s election meetings

Whether the golf course should be carved up for housing and how to engage young voters were two hot topics at an election meeting in Cromwell tonight.

Approximately 200 people filled the Cromwell Presbyterian Church while on stage, 21 Central Otago District Council, Cromwell Community Board, Otago Regional Council, Southern District Health Board and Central Otago mayoral candidates made their pitches. Each candidate had three minutes flat, before questions from the floor were answered.

Organiser Greg Wilkinson said despite many candidates having an active presence on Facebook, there was still appetite for the “good, old-fashioned, church hall meeting”.

Among a particular demographic, at least.

His 18-year-old son, a first-time voter, had declined Dad’s invite to tag along, Mr Wilkinson said.

“He and his mates would be voting based on photograph.”

As Luke Win, a first-time candidate for the Cromwell Community Board, cast his gaze across the audience from the speaker’s lectern, he said it was vital to get younger voters engaged.

“It’s troubling to think, when I look around here tonight, I’m one of the youngest ones.”

“Looking around the room, I don’t see many others my age.”

She challenged candidates to think about how they would encourage her generation to get involved in issues of local government.

Luke Win’s suggestion: “Short and sharp” Facebook videos after council and community board meetings to keep people in the know.

Mayoral-hopeful Victoria Bonham said as a first-term councillor it had been hard getting her head around how council worked, and it was even more difficult for members of the public, especially young people.

“I just really think there needs to be more encouragement.”

Sitting councillor and community board member Shirley Calvert said she saw it as part of her role to help people decipher council processes, so they felt empowered to be more involved in decisions affecting them.

Two audience members put council and community board candidates on the spot, asking for a show of hands on two separate issues: One, whether land the local golf club occupied in the heart of town should be divvied up for intensive housing as discussed in the Spatial Plan (stage one of the Cromwell Masterplan process). Two, whether the Cromwell Cultural Centre Trust should lead the build of a new town hall.

Newbie candidates were generally quicker to decisively raise their hands or articulate what side of the fence they sat on, while older-hands stressed issues of governance were rarely that black or white. 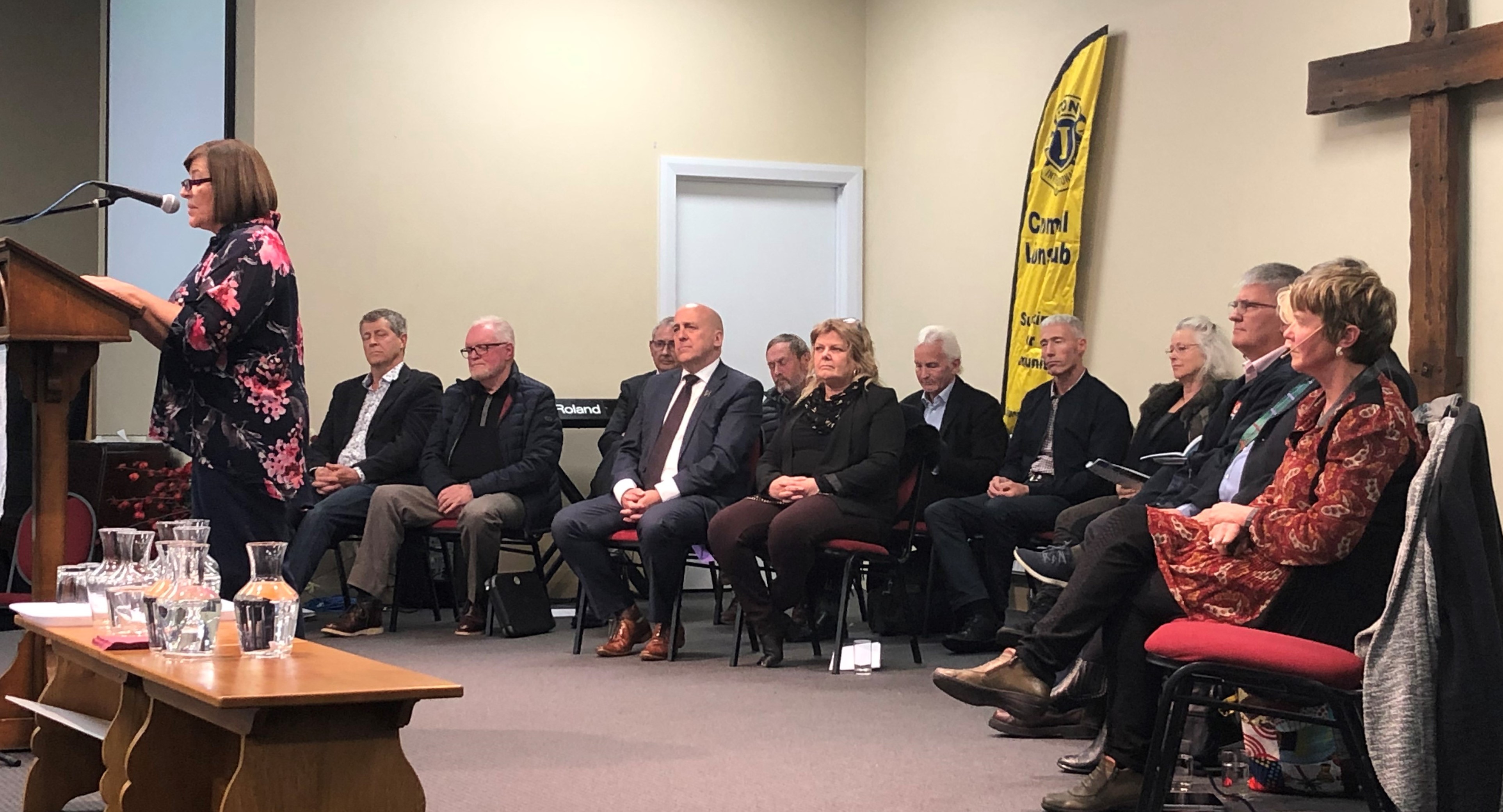 In response to Cromwell golf club member Wayne Dixon’s question on whether the golf club should be sacrificed to ease some of the town’s growing pains, standing Cromwell Community Board Chair and Deputy Mayor Neil Gillespie said it was just one of the options up for discussion as planning sought to meet community aspirations.

“It’s a conversation that is being had already with the golf course, which is the right thing to do. It doesn’t mean to say, like a lot of other things in the Masterplan, that it’s going to happen. But it’s a conversation that we need to have and I don’t think we should be threatened by that or worried by it.”

Standing community board member Robin Dicey followed on from Mr Gillespie, saying that when it came to the golf course discussion, he agreed with the Deputy Mayor, despite having “vigorously disagreed” with him on many other occasions.

Mr Dicey stressed any move on the golf course would likely be decades away, beyond the playing-lifespan of most current club members

Meanwhile first-time council candidate Cheryl Law’s resolute “I think the Cromwell Golf Course should stay exactly where it is” was met with a round of hear-hears and hearty applause.

What most did seem to agree on was this: more diverse housing options would be needed if Cromwell expected to accommodate growth within its present urban limits, and attract and retain young families and workers.

It’s an election double-header this week for Cromwell.

While Otago Regional Council hopefuls outlined their policies and fielded questions at tonight’s meeting, there’ve also grouped together to run their own meet-the-candidates’ event on Friday at 7pm at the Central Campus of the Otago Polytechnic.

Standing councillor Michael Laws said the stand-alone meeting reflects just how important this year’s election is, with issues that are multi-generational.