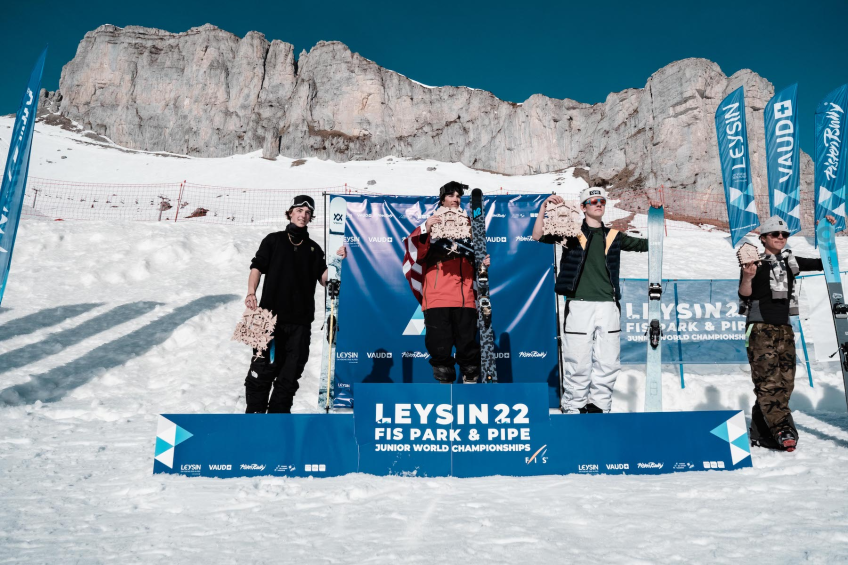 Cam Melville Ives (Wānaka, 15) claimed the silver medal in the Snowboard Slopestyle, landing a personal best competition run. Melville Ives laced together a front 1080, back 1260 and a switch back 1260 on the jumps, the first time he has landed this technical combination in competition.

After a sketchy landing on the rails during his first run, Melville Ives knew he had to put it all on the line for the second and final run. 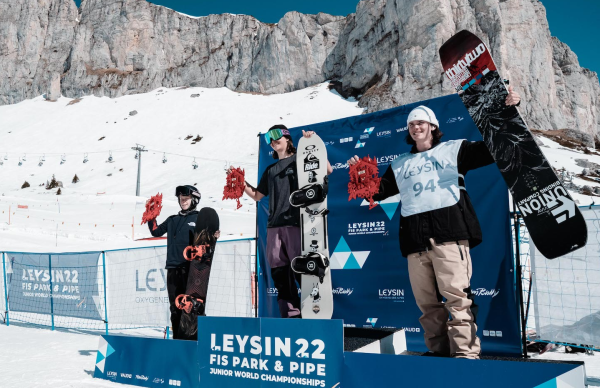 Cameron Spalding (CAN) finished on top of the Snowboard Slopestyle podium, with Fynn Bullock-Womble (USA) in third.

Harrington executed a triple 1620 with a safety grab and a huge switch double 1800 with a lead tail grab. The judges rewarded him with a combined score of 182.50, a clear eight points ahead of his nearest competitor and six points behind the winner.

Troy Podmilsak (USA) took the win today and Leo Landroe (NOR) rounded out the podium in third position.

Three other Kiwi’s were in action overnight at the Park & Pipe Junior World Championships. Dane Menzies (Wānaka based, 16) had a fantastic Snowboard Slopestyle training but wasn’t able to execute his run in the finals, finishing in 16th place.

The Kiwi athletes will be heading into a day of training tomorrow in Leysin before the final events of the Park and Pipe Junior World Championships on Sunday, the Freeski Slopestyle and Snowboard Big Air.