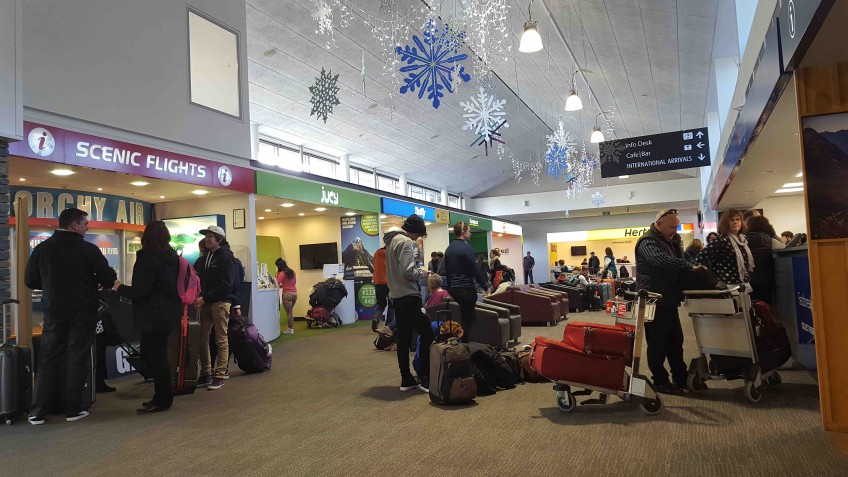 Queenstown Airport is offering to buy the 34 homes most affected by proposed changes to aircraft noise limits.

The airport today proposed changes to its air noise boundary, to enable the operation to double in size over the next 30 years.

The growth would result in the airport exceeding its current noise limits, significantly affecting 34 Frankton houses which are within the loudest – 70dB (decibels) – zone. Queenstown Airport chief executive Colin Keel says the houses would be bought at the market rate and the overall cost would be “tens of millions of dollars”.

Betty McArthur, who’s lived on the airport’s boundary for 25 years, estimates houses in the area are worth $1.5 to 1.9 million.

“I’m staying here for as long as I can. I’m not going to a retirement village,” she said.

McArthur said she wasn’t bothered by the noise, or the proposal to expand the air noise boundary.

A McBride St resident, who didn’t want to be named, was similarly unperturbed, saying he was now immune to aircraft noise, despite Frankton being “just a little sleepy hollow” when he moved there three decades ago.

A Wanaka resident who works in Frankton says she felt houses “rocking” when aircraft took off, but she didn’t think that was the major issue - the district’s infrastructure was simply not ready for the predicted growth in visitor numbers, she said.

“We’re not funded for the two million tourists that come here. The Government funds for the local population, but not for the tourism population.” The noise boundaries at the Frankton end of the main airport runway. The loudest zone, nearest the runway threshold, is where the airport will offer to purchase houses.

Asked if Queenstown Airport Corporation considered the Southern Lakes' tourism reputation to be at risk if too many visitors were flown in before local infrastructure was brought up to scratch, Colin Keel says: ”We are dealing with a variety of agencies to help manage that risk so it never becomes a reality. We need to avoid that reality because ultimately it will impact our business, but it would also, more importantly, impact the place where we all live and the place we care very deeply about."

Keel says the proposed expansion to the air noise boundary would enable 41,600 scheduled aircraft movements (take-offs or landings) a year by 2045, equivalent to just over five million passengers.

The current air noise boundary allows for 21,000 scheduled aircraft movements. The airport says this limit is forecast to be reached in the next three to four years.

”We absolutely believe we have a responsibility to work with our neighbours to mitigate the noise,” Keel says.

The airport also has four schools and a hospital “on the doorstep” and are discussing the proposed air noise boundary expansion with the Ministry of Education.

The expansion would also mean a change to the Queenstown Lakes District Plan, requiring noise mitigation in new buildings in the area.

“We have been working with QLDC as regulator, not as a shareholder. It’s been a really constructive dialogue,” Colin Keel said.

The current noise boundaries were set in 2009, when the airport’s forecast growth was significantly lower, he said.

The airport’s operating hours would not change, remaining 6am to 10pm.

Public consultation on the proposed changes to the air noise boundary opens on July 17 and closes on August 20. Six public information sessions will be held during this time.