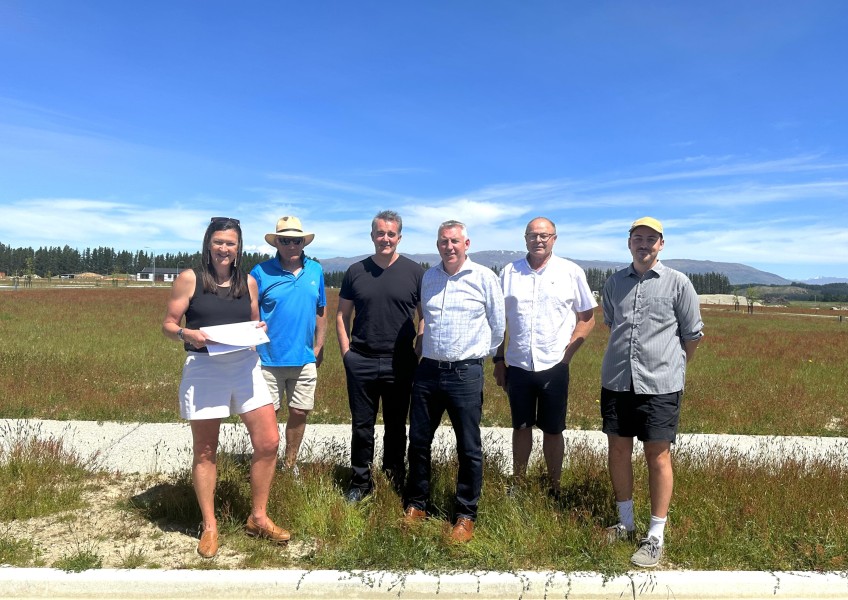 Affordable housing handed over in Hāwea

Affordable housing plans took another step forward today in Lake Hāwea, as big developer, Lane Hocking, handed over a portion of his stock for community housing.

This was a deal made in 2020, when the Longview development, set to create 464 homes in Hāwea, was fast-tracked under a more permissive consenting framework in exchange for certain affordable housing criteria.

The agreement involved the developer, Universal Developments, handing over 12.5 percent of the land – equating to 58 homes – to the Queenstown Lakes Community Housing Trust.

Today, the first 18 sections – which will become 18 homes – were officially given to the trust. 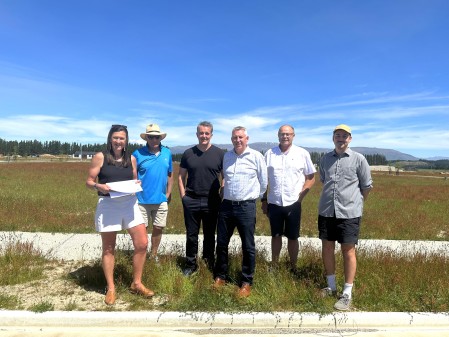 Another 10 homes will be given in the next few months. Housing trust executive officer Julie Scotts says these homes have an approximate completion date of mid-2024.

Ms Scott says this is great news for the trust, who currently don’t have property in Lake Hāwea and a waitlist of 820 ‘households’ across the district - 150 of these are based in Upper-Clutha.

The first 18 will go into their assisted homeownership program, Secure Homes, with the other ten becoming a mixture of public housing and affordable rentals.

Ms Scott says a lot of these homes will go to people wanting to get on the property ladder.

“I think we will give a lot to younger people who might be living in Wanaka, to get into their own home and see this secure home opportunity as the opportunity to do that.”

The houses, a mixture of one to four bedroom properties, will be built by Breenhomes, part of Breen Construction.

He says this affordable housing development is “absolutely crucial” for Lake Hāwea.

“It's nice to see that there's a step to try and ensure that young people can have a place here and invest long term and settle down in their own home. “

Mr Tucker also thinks it's great that a diverse range of housing will be built, catering to a range of demographics.

“I think this is a step in the direction of making sure that we still remain an inclusive region, it gives people the first step, it allows people to live here and don't become too exclusive essentially.”

Developer Lane Hocking is also excited for what the development brings to the region.

During the consenting stage, Mr Hocking has had a lot of back and forth with the Lake Hāwea Community Association, but today, Mr Hocking said thank you to the association for their insights, saying “a lot of their input has made this ultimately a better project”.

He told Crux, these suggestions were related to connectivity, with suggestions for biking tracks and the potential for a town square.