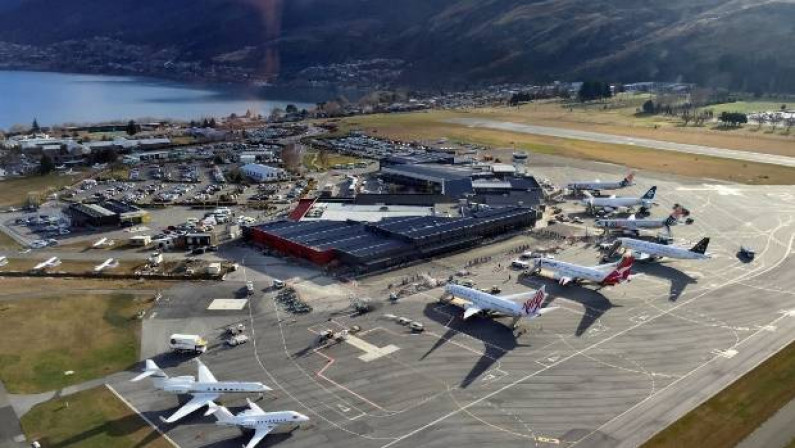 The following opinion piece was written by QLDC Councillor Niamh Shaw, of Wanaka.

"Note: this post is my personal opinion, formulated entirely and exclusively within my own head. 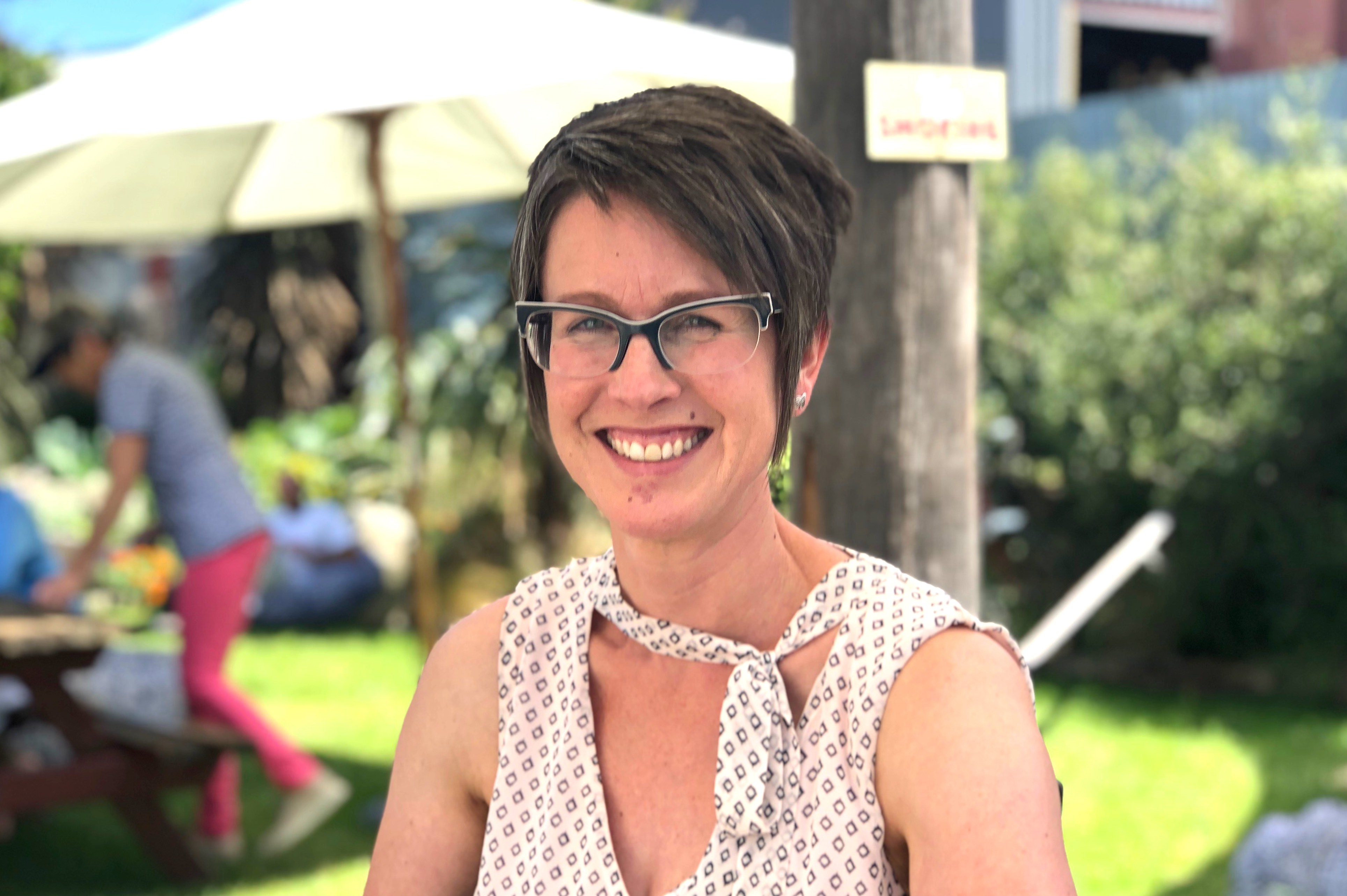 I think it’s fair to say there is some clenched and bitter history behind the Martin Jenkins Socio-Economic Report. However, to be equally fair, it has always been presented within council as an independent operational report. It is not a recommendation. The community was asked to give feedback on four hypothetical scenarios, which would provide information to inform debate and decision making.

So now we have 236 pages of information. I know some of you experienced problems with the online survey, but I am so grateful to all 4,441 of you who persisted with the time and effort it took to engage. Because regardless of how the feedback is presented, your voices roar across the report.

First up, I’ll admit to having limited interest in a consultancy firm’s interpretation of why respondents feel the way we do. This is in no way a reflection on Martin Jenkins’ professionalism or ability, but more about parachuting in Wellington-based consultants to translate the unique challenges that face residents in our district.

The report is primarily framed in terms of economic effects, perhaps because this is one of the few quantifiable measures of any scenario [1]. Whether or not you feel that GDP is an accurate measure of economic wellbeing, it doesn’t take into account distribution of wealth; and projected employment figures have no relation to quality.

Within the report there are numerous references both to the positive impact of airports on regional economies [3]; and on the other hand the poor quality and income of jobs within the tourism industry [4]. However, the fact that there is no attempt to balance this dichotomy is probably best illustrated on p.98:

“Tourism is generally considered a relatively low-value sector because it pays low wages. This is corroborated by the average labour productivity in the district being 87% of the national rate.

There is no discussion around the opportunity cost of the scenarios, including any lost opportunity to diversify our economy. One of the most viable scenarios – to collaborate with another regional airport to share visitor load – was not included in the survey. Also, the assumption that we must respond to visitor demand permeates the report [5].

For some time, it has seemed to me that the discussion within our community has become as much about democracy, governance and process as it is about the future of our airport(s), and this is reflected in the report [6].

Post-lockdown level 4, with tourism at a standstill and our airport(s) virtually shut down, there have been questions raised about whether this report is relevant.

During the election last year, the key issue people wanted to talk to me about was the control and management of growth, including the future of our airport(s). Community engagement for this survey took place before Covid-19 landed on our shores – and overwhelmingly, the message comes through that there is a general desire to hit the pause button, define what type of visitors and how many we want to host, and sustainably manage visitor growth [7]. In the maelstrom of a global pandemic, community submissions on the Annual Plan 20/21 were overwhelmingly and pretty much unanimously about defining where we want to be, and planning how to get there.

So let’s do that. Let’s support the newly convened Regeneration Advisory Group to come up with proposals for how we might diversify our economy, and the role our airport infrastructure (amongst other things) plays in that. Let’s talk about what sort of visitors we want in our district, and how many; whether there are controls or levers we can use to manage visitor numbers, and which ones we wish to use. Let’s decide how we want our home to look like in ten years’ time, and plan for that.

Is this report relevant?

Quantifying the potential economic benefits that may be foregone by constraining airport capacity will help inform discussions and decision making about the best way forward for the district and the region.”

• climate change and the environment
• rapid visitor and population growth enabled by airport expansion and the effects of this growth on congestion and house prices
• capacity of supporting infrastructure, and the need for a systems approach in deciding how and where airport expansion occurs.”
p.45> “Most of the direct impacts from airport operations and aircrafts such as waste and wastewater, and noise, tend to relate to location, activity, and intensity of airport operations.

The strongest opposition to airport developments or expansion were from residents and community groups in close proximity to airport locations.”

[3] p.44> “Communities generally value having good air connections, because they enable personal and business travel, and support businesses to operate nationally and globally.”

[4] p.47> “According to the Quality of Life Survey 2019, the cost of living is a key factor for 60% of respondents intending to leave the district.
The cost of living in Queenstown is higher than many other parts of New Zealand. The key component driving costs is accommodation. House prices are the highest in the country and rents are comparable to large cities such as Wellington and Auckland. However, average incomes are lower in the district, and so affordability is a concern.

At $1.1 million, median house prices in Queenstown-Lakes are the highest of any district and are 1.75 times higher than the national median of $665,000. However, the median household income is only $74,000.35 The district has a house price-to-income multiple of 14.5, which is twice the New Zealand multiple of 7.2.”

[5] p.1> “Airport infrastructure in the district needs to expand to meet the growing demand from residents and from visitors to the district and wider region.”
p.19> “Many stakeholders see views on airport expansion as expressions of values for example, prioritising economic growth over environmental protection rather than objective assessments of ‘need’.”

p.189> “However, if the district’s airport capacity is constrained at current limits, it is estimated the district will give up between 5,200 and 5,800 jobs on average annually between 2030 and 2050.”

[6] p.17> “Specifically, we heard: a lack of trust in Council processes related to airport management.”

p.127> “In addition to people’s fears and concerns about the management of growth, noise and pollution, some stakeholders felt that allowing some commercial operations in Wānaka was just the first step and further development would follow. There is a lack of trust in the process by some.”

[7] p.4> “However, it is clear that the issues and concerns of the local community go beyond impacts from airport operations to also include the indirect impacts that are resulting from ongoing visitor and population growth.”

p.48-49> “There were also impacts specifically related to visitor numbers and growth...

The underlying issues around proposed airport expansions often related to growth, particularly tourism growth, and to the Airport’s role in enabling this growth. Communities frequently express a range of concerns about growth including the drivers of it, the ability to manage and direct it, and its unintended consequences.
Central to concerns about growth in the Queenstown-Lakes district, are the area’s reliance on visitors, and the impacts these visitors are having on the environment and on local communities. Common issues raised related to resilience and sustainability, and the effects on culture and way of life.”

p.49> “As visitor numbers grow, the negative impacts of tourism on the environment are becoming clearer. The recent report by the Parliamentary Commissioner for the Environment set out the range of impacts associated with tourism. There is a strong push from many communities and business organisations within the district for more ‘sustainable’ tourism, both in terms of the number of, and the type of, tourists.”