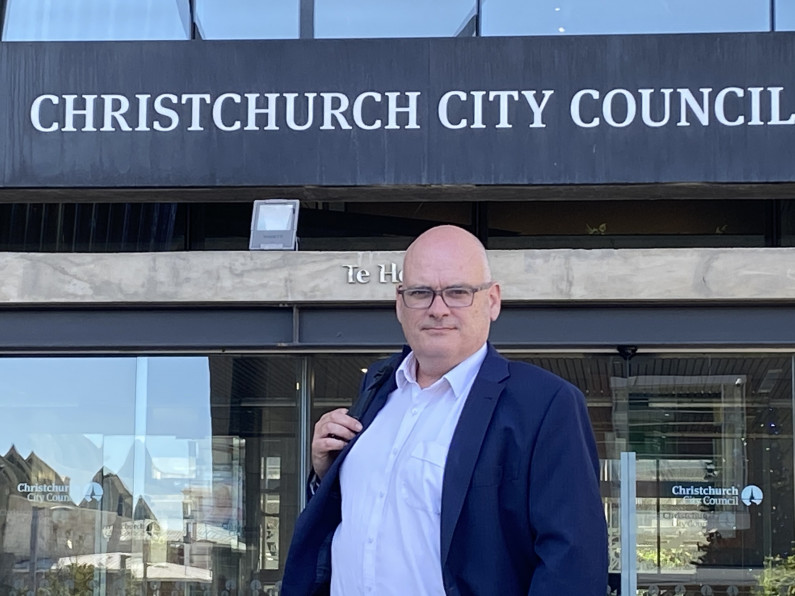 Tarras residents took part in a stormy series of presentations to Christchurch City Council this morning calling for secret new airport plans to be released to the public.

Lobby group spokesperson Chris Goddard told Crux after the meeting that Christchurch City Councillors had not been given any details of the proposed new Tarras airport and that it was inconceivable that $46 million of Christchurch Airport funds had been spent on land acquisition without a detailed business case.

“We don’t know anything about the proposed airport” said Goddard. “How many runways, the cost of the project, is it as 24/7 freight operation and what are the benefits to the local community?”

The Tarras airport proposal is a rival project to controversial expansion plans being pushed, so far without success, by the Queenstown Airport Corporation. Mayor Jim Boult earlier this week attacked the Christchurch Tarras plan as effectively trespassing on Queenstown’s tourist territory. 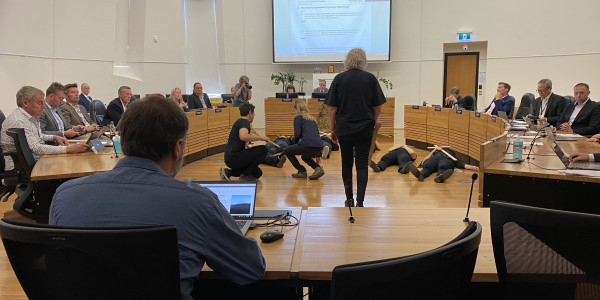 Extinction Rebellion members play dead in front of Christchurch council members this morning as a protest against the negative climatic effects of a new airport at Tarras.

The presentation this morning by Tarras residents was one of a number of public forum submissions to the finance subcommittee of the Christchurch City Council. Members of Extinction Rebellion made their protest against the Tarras airport proposal by playing dead on the council chamber floor in an attempt to dramatise the negative climatic effect of more air travel.

Chris Goddard told Crux that he hopes that the Christchurch City Council will force Christchurch International Airport Ltd (CIAL) to reveal its detailed plans, especially in the context of the declaration of a Climate Emergency by the Government.

CIAL is owned 75% by Christchurch ratepayers and 25% by the Government.  The Tarras airport project only came into public view in July this year when Crux reported on multiple land acquisitions in the Tarras area.