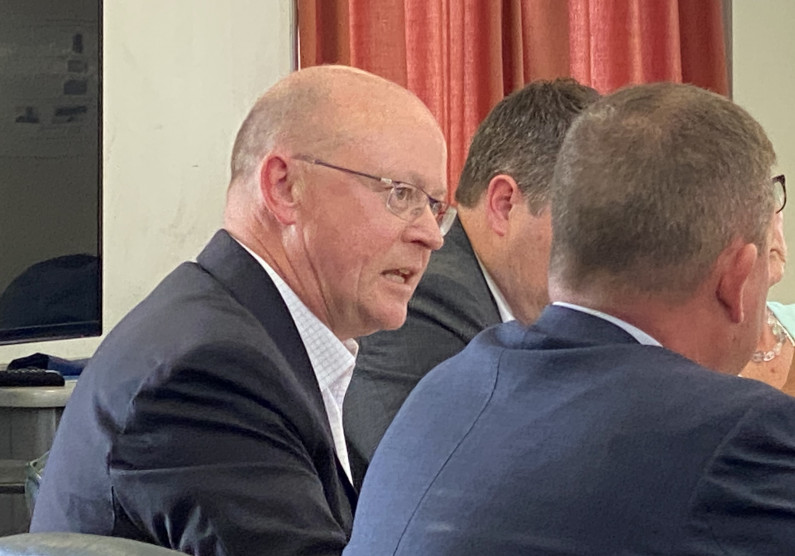 The Queenstown Airport Corporation's Deputy Chair, Simon Flood, managed to achieve something today that his management team has so far struggled to achieve - credible communication.

Speaking at a packed full council meeting, Mr Flood held out an olive branch to the majority of the community who have spoken out against airport expansion: "We (QAC) are not trying to establish our own path."

His words played a key role in councillors accepting the latest Statement of Intent from the airport corporation that QLDC owns 75% of. Auckland airport owns the other 25%.

"Our Dual Airport strategy does not mean two identical airports. It means different airports with different functions. We will not be developing Wanaka airport without genuine consultation. We'll maintain Wanaka airport but we will not expand it."

Councillors reacted positively to Mr Flood's words, voting to accept the fourth Statement of Intent in two years, but with an amendment from Councillor Niamh Shaw that will result in more accountability and transparency between the council's airport steering group and the full council.

Many councillors expressed the view that before any airport expansion can take place there needs to be broad agreement on an overall strategy around climate change, tourism and economic development - as well as a clear social licence from the community.

Asked by councillors if it was time to talk about defining or limiting the number of visitors coming into New Zealand, Colin Keel expressed the view that it was still too early to make that call.

There were numerous references by councillors to the new SOI "kicking the can down the road" but Mr Flood's assurances that there was a genuine desire by the QAC Board to listen to the communty's view's took a lot of the tension out of what could have been a very stormy council meeting.

However, the judicial review in progress from the Wanaka Stakeholders Group, and the Christchurch Airport Tarras airport project, were discussed at the council meeting as developments that QAC needs to pay more attention to.

Councillor Craig "Ferg" Ferguson held a clear view on the Tarras airport proposal. "An invader should be met and challenged."

It was not the "full reset" that many had hoped for, but the new SOI will allow the door to stay open for more progress on the peace process that Simon Flood has at least lanched today.