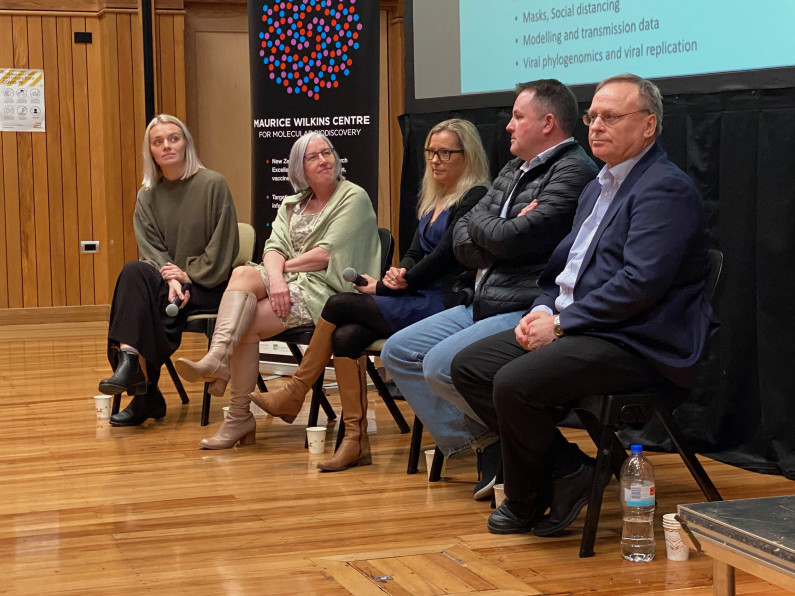 A stellar collection of NZ’s top Covid scientists made a presentation in Queenstown today, unaffected by threats from anti-vaxxers to target the event with attacks on a “pro-government agenda.”

A group calling itself Voices of Freedom, apparently led locally by Cromwell woman Karin Hermens-Jolink, held an event in Queenstown two hours before the Catalyst Trust event and sent the following message to their members:

"IMPORTANT: The Catalyst event appears to be pro the government agenda / pro vaccine roll out etc. We are not attending this event as Voices For Freedom but encourage those of you that feel confident to attend to do so as individuals and maintain composure to ask the important questions."

Crux has received numerous emails from Voices for Freedom with the organisation promoting an anti-vaccine Wanaka event on Tuesday June 22. 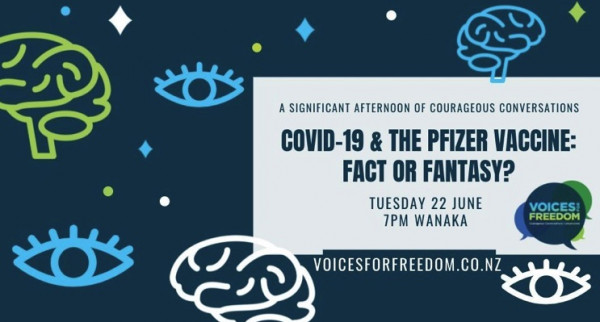 The Queenstown event went off without a hitch with five of NZ’s top Covid scientists painting an heroic picture of them designing the Government’s anti-Covid strategy “overnight, on a shoestring” using science that turned out to be ahead of the rest of the world. 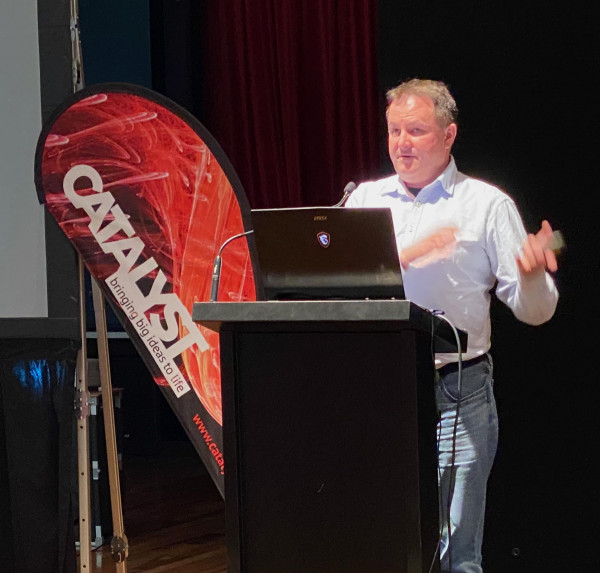 Dr Shaun Hendy - made a dramatic demonstration of how Covid spreads exponentially.

The combination of maths, virology and immunology represented by the five scientists left the Queenstown Memorial Hall audience in no doubt that New Zealand’s strategy of “go hard and go early” had produced a positive outcome that many of us do not fully appreciate.

In fact the presentation was so effective that many in the audience were visibly moved by just how close our country had come to a tragedy of epic proportions.

Dr Shaun Hendy used the simple technique of asking the audience to take the role of Covid infected citizens with just one volunteer then choosing two other people to infect and then those two selecting four more people – and so on. It took only 30 seconds for the entire 300 plus audience to be “infected.”

The complexity of the virus itself, its ability to mutate and the vaccine that has to fool our immune system into believing it has encountered the real thing – all were described in plain English.

Perhaps most impressive of all was the true life detective story from Otago University’s Dr Jemma Geoghegan of how she and fellow scientists traced the transmission of Covid between two groups staying in a Managed Isolation hotel.

She discounted the popular theory of door handles or rubbish bins being touched in favour of the more scientifically accurate aerosol transmission of the Covid virus as a result of air being exchanged between two hotel rooms via the corridor and the two rooms doors being open within seconds of each other. The discovery went on to inform how New Zealand handled quarantine and isolation facilities from that point onwards.

The event ended with a warning from the scientists that “it is not over yet”, that one of the hidden dangers of Covid is the 10% - 30% of people who find their lives “changed forever” by the ongoing effects of the virus and that future as yet unknown viruses will also need to be met with the “go early and go hard” approach with all of the attendant wage subsidies and strict lockdowns that made the Kiwi response to Covid 19 so successful.

By contrast the message from the Voices of Freedom anti- vaccination group seems positively reckless – to say the least.

The five scientists taking part were (main image above - left to right):