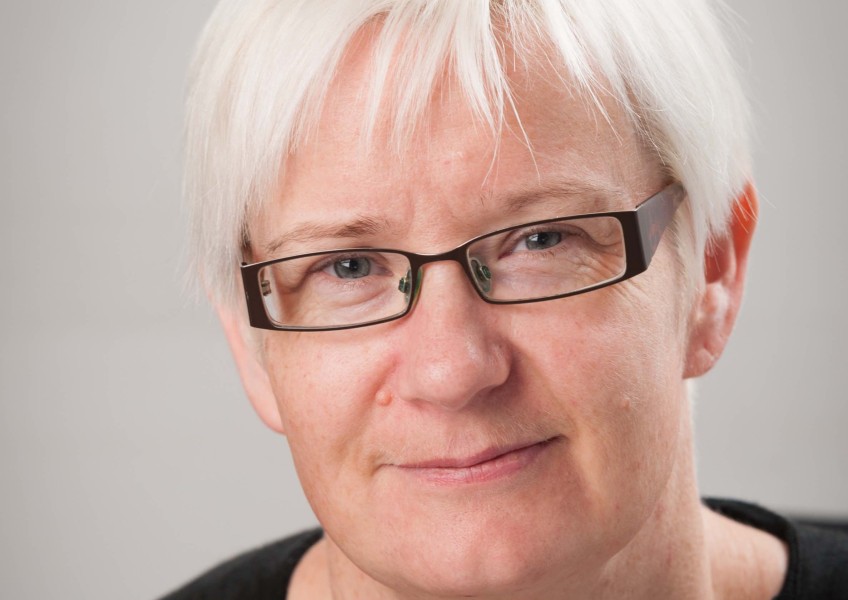 I don’t imagine, if asked, most people would put their hand up and admit to discriminating – not because they’re dishonest, rather, many genuinely just don’t clock their own prejudices.

And research would seem to back me up.

Pay inequality in Aotearoa is sitting around 9.4%, notably down from a 16.3% gender pay gap in 1998. That looks like progress – until you drill down a bit further and see we’ve been stuck around the 10% mark for the past decade.

Why? A significant sticking point is bias, researchers tell us, and, much of the time, it’s unconscious.

Case in point was Spark chief executive Simon Moutter, who last year spoke, I thought, movingly and painfully honestly on the challenges of embracing diversity and inclusion. “Diversity is about being invited to the party, inclusion is about being asked to dance”, he said. He recounted the women the company had lost that year, senior leaders Spark had tried desperately to keep in the fold.

Moutter asked for their frank, warts-and-all feedback. And he got it. In a speech reported from the Global Women 1 Day for Change event, Moutter shared that, despite “throwing the kitchen sink” at initiatives, female staff and those from minority groups still felt they weren’t being asked to dance.

“Many feel our D&I efforts are just lip service, that we are still excluding women and minority groups through the ways we speak, the ways we interact and the ways we behave, often unconsciously,” he confessed.

On reflection, he saw that, as well-intended as it was, the company’s diversity and inclusion campaign was founded on a mind-driven systemic, interventionist and target-driven approach, so it was time to make initiatives more heart-centric.

I found the Spark chief’s candour, analysis and willingness to challenge himself refreshing. His decision to speak out as one of New Zealand’s leaders is hugely helpful to a dialogue that is critical to us – as a society, as individual workplaces and as leaders – getting this right. It also shows there’s no speedy, cookie-cutter fix.

One would assume, steeped as it is in principles of justice and fairness, and with female graduates outnumbering men since the early 90s, that my profession – law – would be leading the way on pay equity, and other diversity and inclusion measures. Alas, no.

I am the director of my own law firm, Aspiring Law, which I lead with fellow director Mike Toepfer. Incredibly, in the year 2018, as a female director in the legal profession, I am in the minority ... by a country mile.

New Zealand Law Society statistics reveal that, while women lawyers make up around 61 percent of those who work in firms with more than one practitioner, we account for less than 31 percent of partners or directors. Women lawyers’ charge-out rates are lower by an average of seven to 10%, and, of the Queen’s Counsel appointed since 2002, just 26 are women, compared to 84 men.

Our firm is six years old. So, in terms of creating a healthy culture, we’ve had it easier than most, as we had the luxury of a blank canvas and have been very values-driven from the outset. Because we haven’t been lumbered with a long-standing culture, we’ve been able to create a safe and inclusive workplace from the get-go, one that isn’t skewed by a legacy of hierarchies and male bias. By way of gender balance, Mike and I are the only directors, so that’s 50-50, and, in terms of other solicitors in our team, it includes two women and a man.

Social responsibility has been, from the outset, a cornerstone of our business. For us, diversity and inclusion is an intrinsic part of that. Even so, we’re ever mindful we can’t rest on our laurels, and even the most socially aware and sensitive can have, or develop, blindspots. I don’t see the learning around diversity and inclusion as finite - there will always be more to contemplate and understand.

To that end, we’ve signed up to the Law Society’s Gender Equality Charter that was released this month. Signatories pledge to report back to the Law Society every two years on gender equality initiatives and examples.

Being generous with our knowledge is also one of our key values. So, as well as enriching our own lives and practice, as lawyers we’re well placed to pass on our learning, especially to the many businesses that turn to us for advice.

By any measure, embracing diversity and inclusion is the right thing to do. Bottom line alone, research out last year revealed New Zealand businesses lose $881 million every year by failing to have more women in management positions. And that’s before we consider the countless others who are often discriminated against, including our aged, our LGBTQI community, those who learn differently, our disabled, people from different races and cultures, and those living with mental health challenges.

Having worked in the enduring powers of attorney area, I can readily attest to the fact it only takes one very small twist of fate to turn the most powerful of people into one totally reliant on others.

One of my colleagues, Danielle Ward, worked with the elderly before law beckoned. She saw the struggles our older community face in terms of keeping their dignity, and being heard and respected. Moved by what she saw, she decided to use the perspective and insight she gained to be an advocate for our older people and that’s why she has set her sights on specialising in elder law.

The reality that seems to escape many is that, regardless of how well-heeled, powerful and privileged we may be now, if we’re fortunate enough to live through to our twilight years, most of us will likely ultimately experience significant vulnerability. We will be reliant on the kindness, integrity and empathy of others. That “do unto others” ethos is timeless.

When it comes to the complete antithesis of diversity and inclusion – harassment and abuse – no industry is immune, including the law. What has shocked many of us this year, though, are the harrowing accounts of how widespread the abuse of our colleagues has been.

I am saddened and sickened by what I have heard. I don’t think many women get to my age without having come across at least some degree of workplace harassment and discrimination, and, yes, I have seen examples too, although nothing that compares to some of the horrors I’ve read of recently.

Olivia Wensley, who also lives in the Queenstown Lakes District, scribed this brilliant, gritty and confronting piece. When it comes to abuse, they say sunlight is the best disinfectant: https://www.linkedin.com/pulse/we-need-talk-laws-dirty-little-secret-olivia-wensley?articleId=6373736541570895872#comments-6373736541570895872&trk=prof-post.

The company for which Olivia works, legal tech firm Automio, stood in solidarity, providing a sexual harassment policy for organisations – absolutely free. If your business doesn’t have a policy in place, thanks to Automio’s gesture, you can start better protecting your staff and business at absolutely no cost with one click: https://autom.io/sexual-harassment-policy-bot

Having practised at the coalface of employment law, there are some unfortunate commonalities among workplace abusers, whatever the sector: a gross deficit in insight and empathy, and a staggering excess in the sense of entitlement department. Abusers want those they have preyed on to feel powerless, isolated, crippled by self-doubt, and as if they are the ones in the wrong.

For any of my colleagues who have been subjected to workplace abuse and violence, if you haven’t seen it already, here is the latest information and resources from the Law Society: https://www.lawsociety.org.nz/practice-resources/the-business-of-law/workplace-environment/bullying-and-harassment.

Our professional body assures us it is working urgently, among other things, to put in place measures to scope the extent of workplace abuse in our profession and provide robust tools to address it.

If you have worked, or are working, in the legal sector and have been subjected to workplace harassment, abuse or violence, and are feeling alone or unsure of what to do next, I’m happy to provide a safe and supportive ear. Please don’t hesitate to pick up the phone, or email me: 027 434 2789 or janice@aspiringlaw.co.nz. #