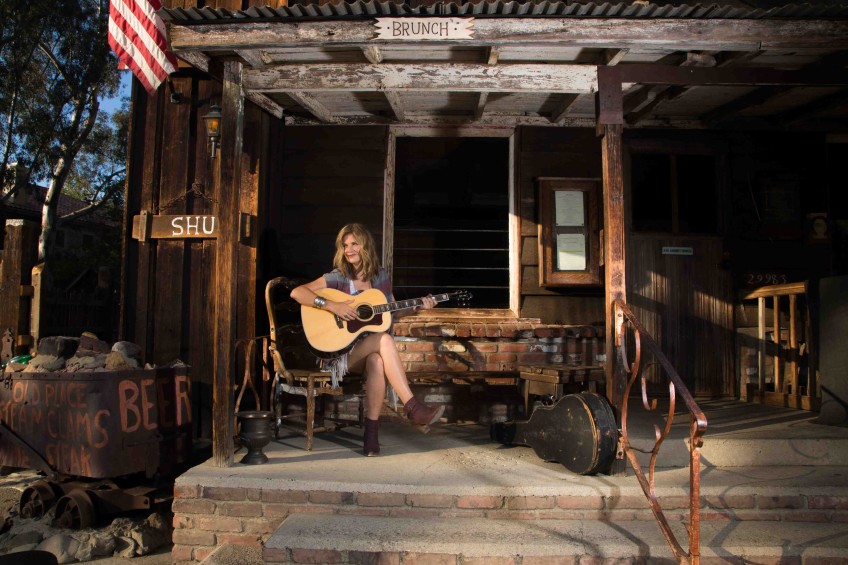 Jackie Bristow wraps up her Homecoming Tour in Queenstown

Singer-songwriter Jackie Bristow, who has made her home in the music mecca of Nashville since 2017, began her Blue Moon Rising tour in her native New Zealand in early 2020. She has perfromed a string of dates that have extended from Jan. 12 through to her last shows tonight at Sherwood in Queenstown and on Saturday at Monkfest in Arrowtown. She’ll be performing new material along with favourites from albums like 'Shot of Gold' and 'Freedom'.

Jackie made the move to Nashville from Los Angeles, and she had also spent a significant amount of time in Austin, where she had cut all of 2010’s Freedom with guitarist-producer Mark Punch, and wrote Shot of Gold in Austin. In Nashville, she’s been working with Mark on a set of new songs that includes the soul-tinged “Tennessee,” an ode to the river that connects the Volunteer State to the famed Muscle Shoals area of northern Alabama. She’s also been playing a series of shows with Mark around Nashville, appearing at iconic Music City venues like 3rd and Lindsley, the Basement and the Local. In the home of country and Americana, she’s been immersing herself in Nashville’s multi-layered music, with a little Memphis on the side.

Away from Nashville, Jackie has loyal fans in Europe, where Shot of Gold was released 2018 via Timba/Universal to rave reviews. As she says, her 2018 and 2019 European tour also got kudos from European audiences, who she says got the message--standing ovations and encores, and the kind of enthusiasm that keeps an artist going. Back in the U.S.A. she’s continued to open for major acts, like Boz Scaggs and Chris Isaak. Her Shot of Gold song “Rollin’ Stone” has been featured in the mega-popular New Zealand television series The Brokenwood Mysteries. 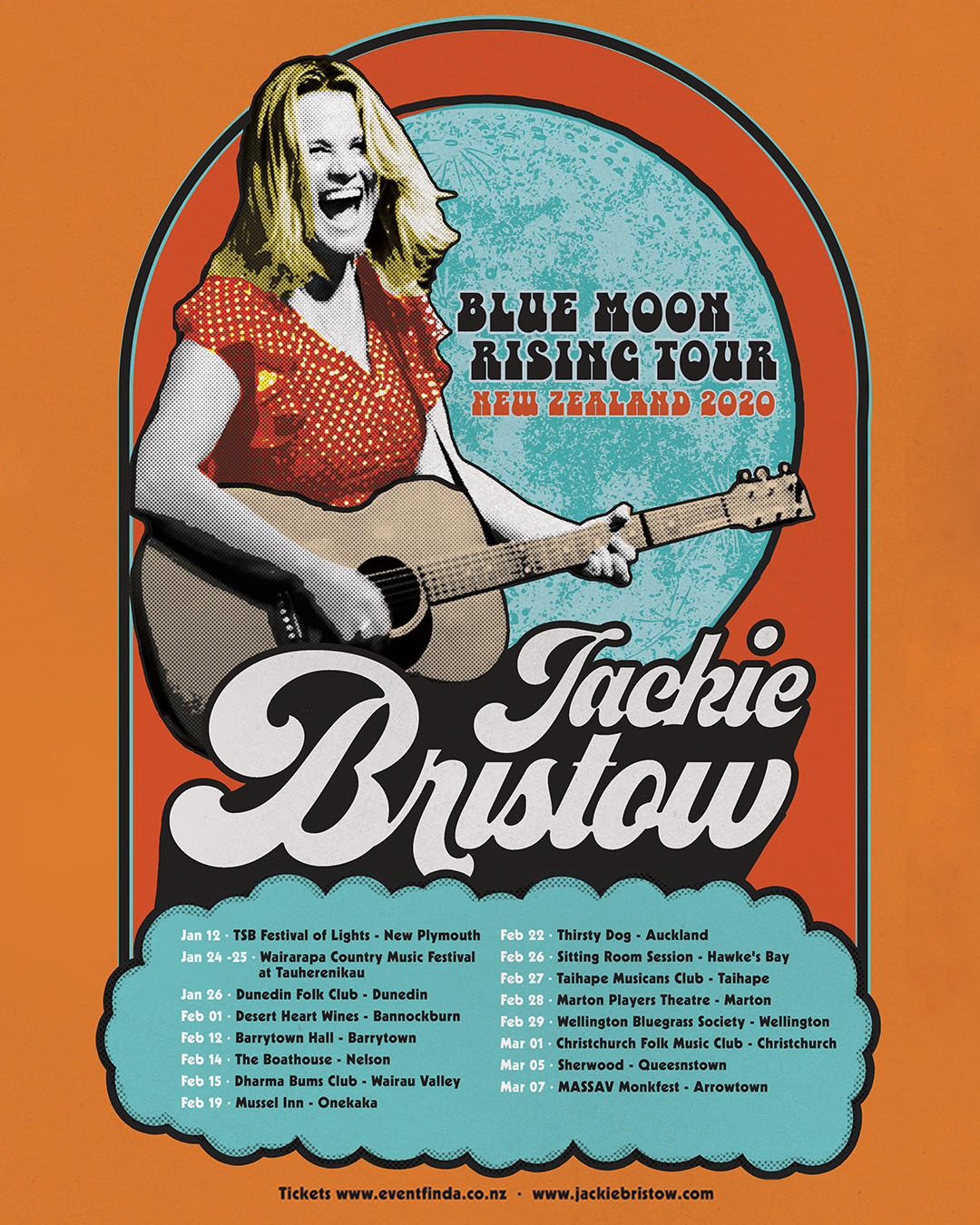 “It’s almost two years since I’ve been home, and I’m so excited to reconnect, spend time with family, see friends, and tour around some of my favourite venues and towns,” Jackie says. “I love living in Tennessee, but I really miss New Zealand’s natural beauty, and the people.” In February Jackie will release the first single, “Blue Moon Rising,” from her forthcoming album, which she recorded in Germany and Nashville.

Jackie was born in Gore, New Zealand, and began singing with her sister in their school church choir. The Bristow Sisters cut their teeth performing in Gore’s NZ Gold Guitar Awards, playing country standards in New Zealand’s capital of country music. The sisters toured the South Island of New Zealand, singing mostly country and folk songs by the likes of Kristofferson, Dolly Parton and Linda Ronstadt. The Bristow Sisters will reunite this summer as Katrina will be joining Jackie on some of these up coming dates.

Along the way--she recorded most of ‘Thirsty' in Los Angeles, where she moved in 2005 and recorded 'Crazy Love', and cut 'Freedom' in Austin, her home for four years-- Jackie has continued writing and performing in North America and around the world. She opened a series of New Zealand dates for Bonnie Raitt in 2013 and 2017, and she’s also shared stages with such notables as the aforementioned Scaggs, Foreigner, Tommy Emmanuel and the Steve Miller Band.

Jackie says some of her new songs, which she’s written during her time in Nashville and California, are soul-influenced. But the Laurel Canyon style of 'Shot of Gold' is still present, and her forthcoming album promises to be a combination of both influences. Her reference point is still singer-songwriterdom, but her latest work pulls from Muscle Shoals and Memphis

There are still limited tickets available for her Sherwood Show but you'll have to be quick!