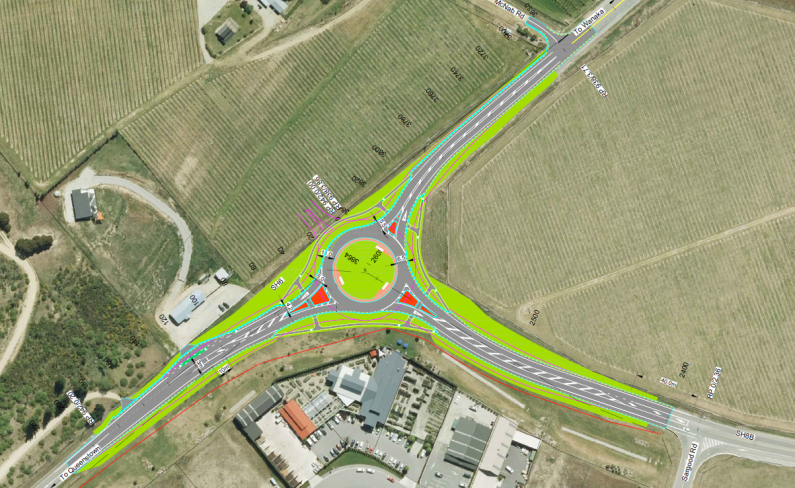 The mystery surrounding the cost of a new $8m roundabout in Cromwell is beginning to unravel, after a senior NZTA manager has revealed it may be delivered for less than $5m.

Construction on the roundabout, at the intersection of State Highway 6 (the main road between Wanaka and Queenstown) and State Highway 8B, is expected to start in October and take about a year. 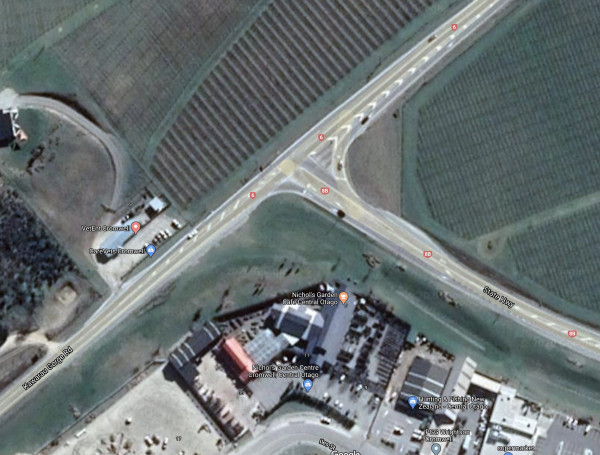 It's a tricky intersection, but how many millions of dollars should a roundabout cost?

Crux has been asking NZTA for details of the budget for the project for almost a year but so far it has failed to provide a detailed explanation, despite the agency employing 68 communications staff at a cost of $8.2m a year.

The roundabout was set to cost more than double the $3m mid-range price of a rural roundabout and Crux has been asking why.

In response to an Official Information Act (OIA) request asking for details of the budget for the roundabout and the budgeting process, NZTA said it was not responsible for setting the budget. It said the project was identified by Otago Regional Council and the budget was set by central Government.

However, an NZTA manager who was directly involved in the project gaining government funding said the transport agency did develop the $8m budget in collaboration with the government. It appears there was no detailed work on the budget and there are no related NZTA documents. The NZTA manager said this is because the $8m figure was developed in a verbal discussion with Government officials in Wellington.

Part of the reason is because the roundabout wasn’t funded from the NZTA’s normal budget – the National Land Transport Fund – which requires intensive scrutiny and a cost-benefit analysis of projects. Instead, the funding came from a $300m fund for regional investment, part of the government’s $12b NZ Upgrade programme, and administered by then Regional Economic Development Minister Shane Jones. Emails released under the OIA show the funding was processed in the same way as projects in Jones’ $3b Provincial Growth Fund (PGF).

PGF funding came under sustained criticism under the previous government and an Auditor General investigation last year called for increased transparency over the “application, assessment, and decision-making processes” of the fund. He said it was unclear whether the public was getting value for money from the spending. Other projects funded by the PGF included $10m on a Christchurch racetrack and it was often referred to as a “slush fund”. 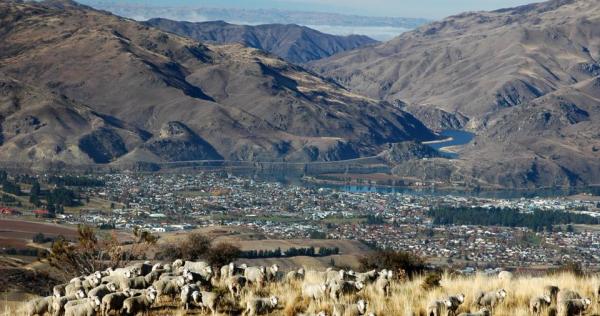 Cromwell is growing fast - but was a new roundabout decided on by logic, or politics?

Emails released under the OIA show NZTA officials appeared to be rushed to pick projects for the regional investment fund. The fund was announced on January 29 last year. Emails show two days later NZTA staff were providing an “urgent short list of projects” for funding, including $7m for a two-lane roundabout in Cromwell. The staff are later thanked for providing the project list “with an extremely tight turnaround”. 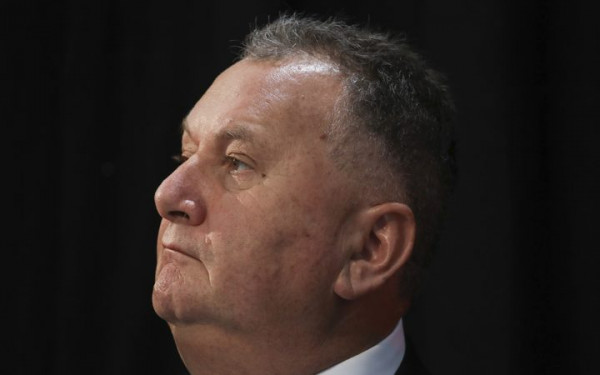 The following week, a briefing to Jones and other senior ministers showed the budget had grown to $8m, and again for a two-lane roundabout. A week later, the list of South Island projects was confirmed with the Cromwell roundabout again costing $8m. By the end of the month, the Cromwell roundabout funding was announced, along with a swathe of roading projects around the country.

So what happened and how did a budget-less roundabout become a $7m roundabout, and then an $8m roundabout, within a couple of weeks?

The senior NZTA manager, who spoke to Crux on the condition of anonymity, said the agency was contacted by Jones’ office and encouraged to pitch more projects in the lower South Island outside of Queenstown, which were poorly represented in the funding.

NZTA then went through the Otago Southland Regional Land Transport Plan– the list of projects that the regional council pitches to NZTA for funding – where there was an item for “Cromwell Intersection Improvement”  (page 173). But there’s no budget for a roundabout there either – it just asks that the intersection be improved sometime after 2021. The intersection upgrade didn’t meet NZTA’s threshold for funding then, but as the agency scrambled to find projects to fund in the lower south, they picked it up and pitched it.

The NZTA manager said the roundabout itself was expected to cost between $4-5m based on the cost of similar projects, but, after a verbal discussion with bureaucrats in Wellington, it was decided they should increase the bid to ensure the project would not be held up by any unforeseen funding shortfall. This was at a time when the government was under increasing scrutiny for failing to deliver jobs from Jones’ Provincial Growth Fund.

“The Minister wanted to know that if they weren’t shovel-ready that there needed to be the resources to get them done,” the manager said. “They were wanting to make sure that whatever the budget was, you don’t need to spend it, but there was sufficient there that if there were issues that cropped up, they could be addressed within that… We said there are some other issues there that have also been raised, like an underpass for the people at the aged home, so in doing the roundabout there might be some other things that might have to be done as well.

“Officials in Wellington were saying let’s make sure you’ve got more resources to cope with all of these things. We want it done. If we’re going to put it into our plan we want it done.”

A report to the Cromwell Community Board said about 670m2 of a 1.6ha council reserve would be required – according to property records, the entire reserve is valued at $255,000. No private land is required for the roundabout, NZTA said. 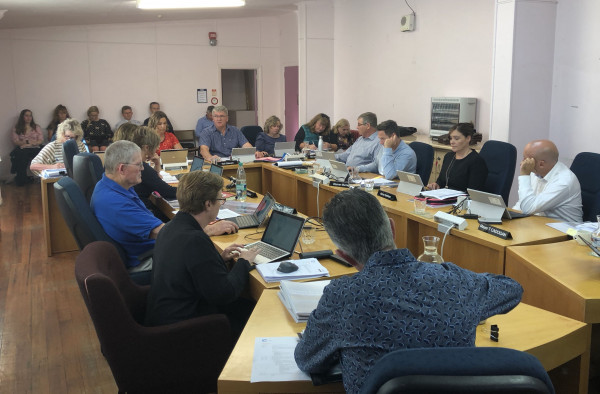 The Cromwell Community Board - told 1.6 ha of council reserve was required for the roundabout.

“But at that stage of putting the budget together we didn’t have time to talk to the local council really, and you just don’t know,” the manager said. “There may be an objection with the land.”

The manager said the roundabout was later down-sized to a single lane roundabout, partly due to safety concerns.

“In Queenstown, merging out of roundabouts is where we see a lot of accidents.”

But they said the roundabout needed to be large enough to carry over-sized vehicles, which increased the cost compared to other rural roundabouts.

“A double-lane roundabout would cost about the same.”

The NZTA manager said the single-lane roundabout was now likely to cost $4-5m.

“There have been a few planning issues which have cost more but we are still, I think, talking about $5m, from what I understand, maximum. The other money will be handed back [to the Government].”

NZTA’s latest ​​National Land Transport Programme – the plan that identifies the agency's projects for the next three years – also lists the Cromwell roundabout with a $5m price tag (page 139). The report was released September 7.

“Essentially until the detailed design is completed and the costs estimated matched to the design, and where there is property involved, the initial envelope will be refined as the project firms up.”

That clear it up?

In the meantime, the roundabout appears to be falling behind schedule. A timeline for the project said the construction tender would be awarded in April/May, however it has still not been let. It seems unlikely construction will start in September/October either.

NZTA would not provide a detailed breakdown of the cost of the roundabout until the tender had been awarded. However, it said it had received three bids for the construction tender.