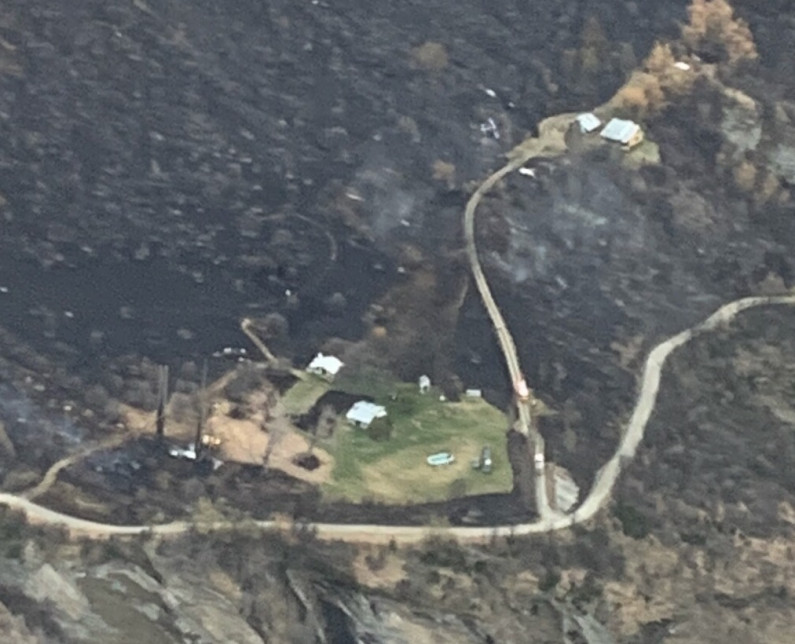 An Update from QLDC.

A scrub fire at the bottom of Deep Creek, Skippers Canyon has largely been contained thanks to a swift and sustained response by emergency services.

Mark Mawhinney, Deputy Principal Rural Fire Officer for Central Otago said helicopter and ground crews have been fighting the blaze, which started at around 2.45pm today.

“After a sustained effort by 6 helicopters using monsoon buckets and 7 ground crews, we’re confident we’ve done as much as we can to contain the fire, but we need to be prepared for things to change overnight,” he said.

“While a woodshed and  vehicle were lost in the fire, nearby residential properties have been protected and there is no risk to life in the area,” he said.

Mr Mawhinney said the wind was dropping and there was a potential for rain overnight, but it would be difficult to get a clear look at the extent of the fire until morning.

“We’ll be standing the emergency service crews down overnight for safety reasons, but the fire will be closely monitored and the response effort will start again at first light once we are clear what we are dealing with,” he said.

The Skippers Road will remain closed overnight however access will be available to residents and emergency services.

A further update will be provided by 9.00am Sunday 29 September.