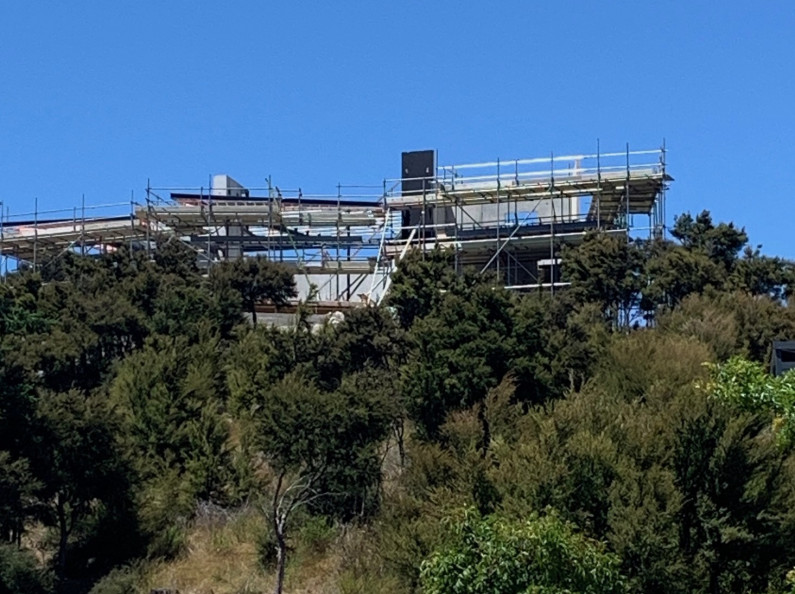 An ugly battle over a massive Wanaka mansion is heading for the High Court in Invercargill with an estimated $200,000 of legal fees potentially ending up as a cost to QLDC ratepayers.

Dubbed the "Castle on the Hill" the new $8 - $10 million two storey house build at 28 Briar Bank Drive is already well advanced with Christchurch owner Dave Clarke admitting to Crux that a loss in court by the council could result in a publicly notified consent process and even partial demolition of the new house if subsequent objections were successful. 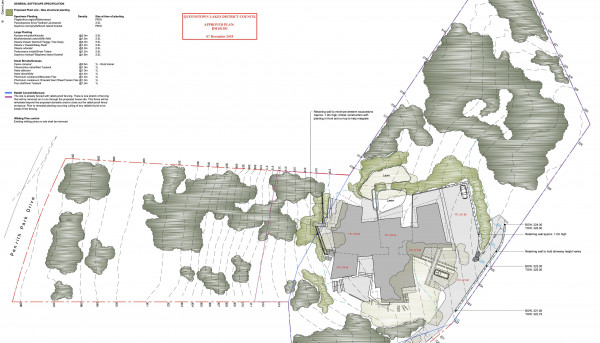 The new "Castle on the Hill" (show in grey - centre) is extensively landscaped but residents backing the court case say it will take up to 40 years for some of the trees to grow to a useful screening height.

Dave and Paula Clarke are the owners of Agri Media Ltd, a company that publishes a variety of farming publications including NZ Rural Contractor and Large Scale Farmer, NZ AgriVet, NZ Agribusiness and the NZ Cropping Yearbook. Mr Clarke is also listed as a director of a large number of other NZ companies.

The fight centres on the height of the house which at 8.9 metres is almost 2 metres above the "standard" 7 metre QLDC limit. The court case will also focus on why QLDC decided that the "castle" project should not be publicly notified - based on "adverse effects are not more than minor."

Here is a key part of the QLDC resource consent decision :

Crux understands that at least seven Penrith Park subdivision residents are involved in funding the Judicial Review that is set down to be heard in the High Court, Invercargill on June 2nd. Only three Wanaka people are named in the court documents. Costs on each side could eventually approach $100,000 – with the loser in court usually having to fund the other side’s legal costs.

A spokesperson for the Wanaka group, who did not want to be named, told Crux this morning, "In simple terms, QLDC appear to have ignored their own rules which other residents were entitled to rely on."

The couple building the house, Dave and Paula Clarke, say that they have observed all of the QLDC planning rules, relying on their team of professional surveyors and architects to comply with QLDC planning rules. Resource consent for the house was issued on December 10, 2018.

Asked if he was concerned about the cost of the current legal action Mr Clarke said that it would be local ratepayers picking up the tab given that the issue was focussed on whether QLDC had followed the correct processes.

Asked for a response today, the QLDC position was that there would be no comment as the matter is currently before the courts.