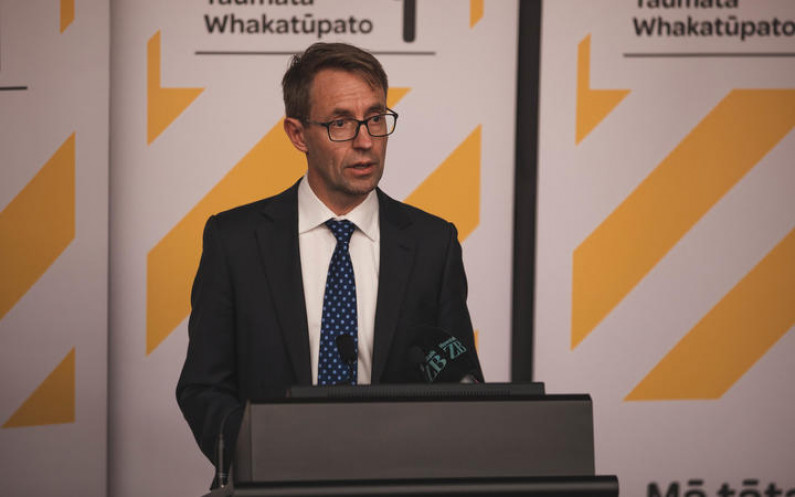 New Covid cases down to 15, vaccinations at 4.3 million

From the Ministry of Health and RNZ:

Director-General of Health Ashley Bloomfield says there are no unlinked cases today.

The one case from yesterday that was not linked to the outbreak, has now been linked, Dr Bloomfield said.

He said 10 cases in the outbreak are yet to be epidemiologically linked.

Bloomfield says the focus for testing is in the following suburbs - Massey, Māngere, Favona, Papatoetoe, Manurewa and Ōtara.

Anyone with cold and flu symptoms is urged to get a test.

He says families with children are urged to get tested together.

So far this month, 15,685 essential workers in the Auckland region have been tested with no positive cases identified.

"On contact tracing we're now focusing our efforts on 1242 contacts that are under active management. This is a change to the reporting total context for the whole outbreak. The number of contacts under active management is now down to a much smaller number as ... majority of our contacts have now either returned negative tests or have had exposures more than 18 days ago and we're not generating significant numbers of new contacts outside of households."

"There was a positive wastewater result received from a sample taken last week in Pukekohe."

Bloomfield says Public Health has advised there were four cases in the area who were in quarantine but have now returned home. "This could explain the result. But anyone in the Pukekohe area, who has symptoms, please go and get tested."

There are no other "unexpected detections" in wastewater samples in Auckland or around the country that have returned positive results.

*Linked cases
The total unlinked cases is of the cases reported within the past 14 days. The remainder of cases are now older than 14 days and have been closed. It is important to note that no onward transmission has occurred from these cases.

*Historical cases
Five previously reported historical cases had a health status of ‘not recovered. These has been updated in our systems and have now been added to the historical case count, which is why the number has increased.

*Wastewater
Health officials are aware of two recently recovered cases, who were released from quarantine on 30 August and 4 September who live in the same area as the latest detection. Further investigations are being carried out.

Testing around New Zealand, and especially in Auckland, remains an essential part of our response to this outbreak. We want to find cases and testing provides confidence for understanding the extent of any spread of COVID-19.

Workers who have been invited to have a voluntary one-off asymptomatic COVID-19 test are able to return to work while they wait for their test results as they are not symptomatic.

These groups of workers are being contacted and asked  to go to their local Community Testing Centre, and for a few organisations we are providing on-site testing.

For the remainder of today and tomorrow, a pop-up testing site has opened at the Gull service station at Hampton Downs.

We are continuing to remind people across Auckland to get tested if you have symptoms, especially if you live in and around Mt Eden, Massey, Favona, Ôtara, Papatoetoe, Mângere and Manurewa.