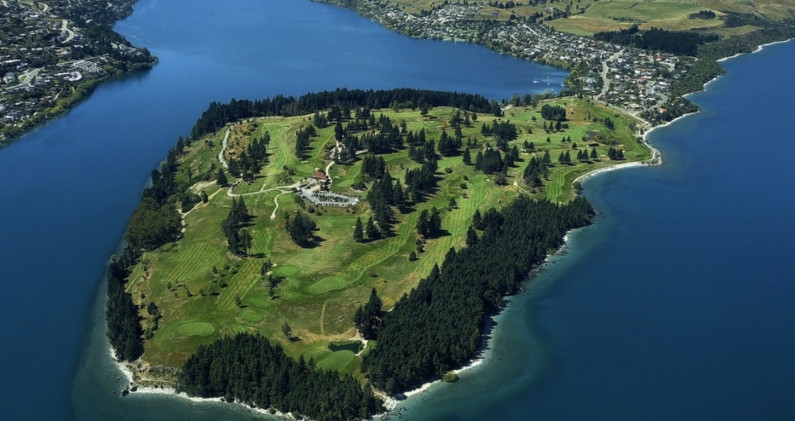 All over New Zealand there is pressure on local councils to look at converting golf courses to much needed residential units, with Queenstown sitting on the most valuable, and scenic, golf course of them all.

The Queenstown Golf Club land is owned by the Queenstown Lakes District Council and is leased to the club under the terms of the district plan.

Hole in one to room with a view? The Kelvin Peninsular course is ranked as one of the most scenic in the world and is 100% owned by the ratepayer via QLDC.

It is possible that the land, sitting at the end of the Kelvin Peninsula, might compete for being the most valuable real estate in New Zealand - full stop. This raises the question of whether the council, if it did ever decide to change the use of the land, would sell or co-develop in a housing partnership as was the case with Hobsonville. Hobsonville was developed via a Housing New Zealand subsidiary, HLC, and is building houses at the rate of one per day - eventually providing 4,500 homes for 11,000 residents. The QLDC's own forecasts show the need for an extra 17,000 homes in the district by 2048. Currently there are 20,840 houses in the Queenstown Lakes District.

Speaking to Crux today, the QLDC's Planning Policy Manager Ian Bayliss said that there were no current plans to look at any other use for the golf course land. Mr Bayliss stressed that there would a good many regulatory and planning hurdles to get through if the land were to be developed for housing. He said that it was likely the land would be re-zoned under the new district plan from Rural General to Open Space, being used as recreational reserve.

It is not clear what value the QLDC would put on the golf course land if it was sold, but the 2018 QLDC Annual Report listed total council property, plant and equipment at $1,231,645,000 - or $1.2 billion. That's equivalent to the council's entire planned spending over the next 10 years.