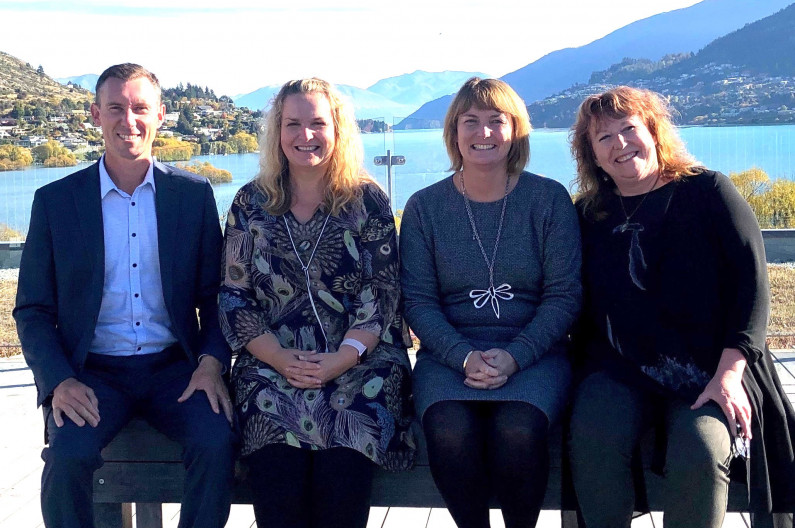 Labour MP's "Q'town victim of its own success."

A group of visiting Labour MP's will be taking one strong message back to Wellington - that Queenstown really does have some serious problems.

At a time when many Queenstown residents are wondering if the current Labour government takes our local issues seriously, Dunedin MP Clare Curran says the group was surprised to discover deep social and workforce issues.

The MP's visit was Curran's idea who told Crux that she last visited over three years ago and saw evidence then of emerging problems.

"I have to say just in that three or four years the issues have really magnified. Queenstown rate payers are paying for tourism related infrastructure at a rate that's not seen anywhere else anywhere else in New Zealand. We just know these issues are going to have a major impact every day on people trying to get to work and being able to afford to live a reasonable life in this beautiful environment."

Clare Curran and her colleagues were especially affected by stories of social hardship the group were told of during a visit to local primary schools.

"It's the transient low income population and children turning up to school without breakfast or their uniform. Students leaving school early because the families are struggling to afford the cost of living in Queenstown and families that are working two or three jobs just to make ends meet. There were kids who rarely see Mum and Dad together because they were always working, often at night. So as a result there there are really high anxiety levels."

The MP's also observed issues around immigration and visa delays as well as poor workforce practices that bordered on exploitation.

The cost of housing was also a problem that the MP's said needed fixing, especially the high cost of renting.

"If you're working minimum wage jobs or just above minimum wage, you've got to work long hours and your family has to work long hours to even get near paying the Queenstown average rent.  So it's not a surprise to realise that that's going to have a major an impact on families. It's concerning and I think we have to really seriously pay attention" Clare Curran told Crux.

"I think there's been a growing awareness over a few years now that pressures have been building in Queenstown. There's not just one issue - they are all connected. It's like a domino effect. I'm glad that we went to see the schools because it really gives you a good perspective on family pressures and how it's manifesting on the kids. Alarm bells start to ring or, or should be ringing, relatively loudly but I think it's partly that Queenstown is a victim of its own success really."

The MP's have promised to take these issues to the relevant housing, education and immigration Ministers and monitor progress closely.