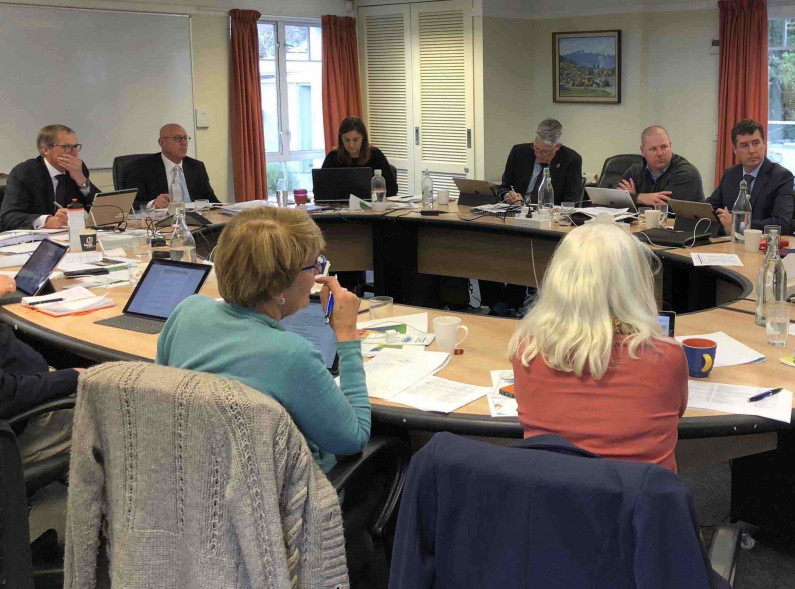 Wanaka Community Board member, Rachel Brown, who recently resigned as chair, reflects on how to ensure local democracy works well in our growing and diversifying communities and whether we can avoid “the tyranny of the majority”...

I can say that I was attracted to this place by the environment but was kept here by the community.

The strength of a community could be determined by the health of its interdependence. We need to value our environment and acknowledge our place in it, as we give and take. I am a born “localist”: celebrating local community and the values we share. Since living here, I have become principally what I believe is called a “locavore”: being part of the food web of the community!

I have come to realise that localism can also describe a whole range of political philosophies which prioritise the local: local production and consumption of goods; promotion of local history, culture and identity; and local control of government.

True local control of government refers to a systematic approach that adheres to the principle of subsidiarity - social and political issues should be dealt with at the most immediate (or local) level that is consistent with their resolution - rather than following the usual pattern of government and political power becoming centralised over time.

I believe this is something to consider as we witness growing disaffection for our current political system. Surely the most effective democratic goal is one of engaging citizens in decisions that affect them.

Effective localism is interdependent (one supports the other) on a process known as “deliberative democracy”. We are proud to live in a “democratic society”, but democracy can take on many forms.

Deliberative democracy means for a democratic decision to be legitimate, it must be preceded by “authentic deliberation”, not merely the aggregation of preferences that occurs in voting (“majority rules”).

1. Informed (and thus informative): arguments should be supported by appropriate and reasonably accurate factual claims.

2. Balanced: arguments should be met by contrary arguments.

3. Conscientious: the participants should be willing to talk and listen, with civility and respect.

4. Substantive: arguments should be considered sincerely on their merits, not on how they are made or by who is making them.

5. Comprehensive: all points of view held by significant portions of the population should receive attention.

If the decision-makers cannot reach consensus after authentically deliberating on a proposal, then they vote on the proposal using a form of majority rule.

Note that consensus decisions are known to be more engaging, more effective and longer-lasting than majority rule ones. Consensus decision-making is defined as a group decision-making process in which group members develop, and agree to support, a decision in the best interest of the whole. I like it that consensus is taken from the Latin consentio which literally means “feeling together”.

Interesting to note that in his famous book “On Liberty” (1859), John Stuart Mill argued that an inherent weakness of direct democracy and majority rule is “tyranny of the majority”, in which the majority of an electorate can and does place its interests above, and the expense of, those in the minority. Something to ponder as our communities grow and, hopefully, diversify.

I still value my place in my community, and believe its strength lies in retaining a healthy interdependency with its different components.

One of those components is governance and decision-making. The Queenstown Lakes District Council is currently undertaking its six yearly representation review. Every council is required to “provide fair and effective representation for individuals and communities, representation that provides an effective voice for individuals and communities in the matters affecting them, strengthens local democracy and helps maintain confidence in local government.” (Local Government Act.)

I believe that as our district grows like crazy, community identification becomes more and more important. I support a trend toward localism, to enable community engagement and connection and meaningful decision-making.

I suggest our next representation review should include a blue sky community governance review, in which we all step back and take a fresh look at how decision-making should best be done across the district. Deliberate on how best to represent all our citizens and enable them to be interconnected components of thriving communities.