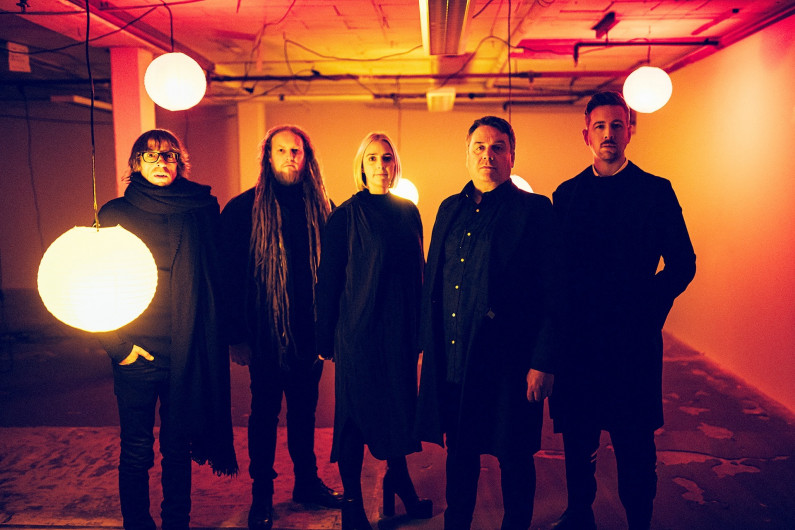 From the Festival of Colour:

Bookings can be made from the official website. (From February 12). Main Image: The Chills.

"The Festival of Colour arts and ideas festival today revealed a packed week-long programme featuring an exciting mix of theatre, dance, music, visual arts and conversation to take place in April in Wānaka.

Known as ‘the best little arts festival in New Zealand’, the Festival of Colour takes place from Monday 12 to Sunday 18 April.

It will be the ninth festival, and director Philip Tremewan says the 2021 festival will bring heart, soul and creative joy to the town and surrounding area.

“COVID has been difficult for us all and we have worked to put together a programme including brand new shows which Wānaka audiences will be the first to see, along with wonderful local work. While we’re unable to present international shows this year, we’re celebrating the huge range of talent right here in New Zealand, together with one very special show with a New Zealander who has come home from Europe.”

Three world premieres will feature at the festival – two works from the Royal New Zealand Ballet, Ultra Violet and The Autumn Ball; The Hall, an uplifting play about unconditional love featuring Voices Aotearoa and community choir; and the New Zealand String Quartet performs The Dry Cardrona for the first time, a new work based on James K Baxter’s poem, composed by Barton Price and narrated by Baxter's niece, Katherine Baxter.

The Festival of Colour opens on Sunday 11 April with a free outdoor concert including a live performance of Te Taki o te Ua / The Sound of Rain, a newly commissioned video installation by acclaimed choreographer/video artist Louise Potiki Bryant, singer and taonga puoro performer Ariana Tikao, and composer Paddy Free. The work, which will be on display throughout the festival, weaves together contemporary dance, waiata, taonga puoro, animation, video and soundscape.

The Royal New Zealand Ballet’s work Ultra Violet was to have premiered at London’s Covent Garden last year but with the trip cancelled due to COVID, Wānaka audiences will be the first to see this new work by gifted young choreographer Loughlan Prior and composer Claire Cowan. The choreographer/composer pair shot to acclaim with the RNZB’s hugely successful Hansel and Gretel and in Ultra Violet they picture themselves as soaring birds or crawling insects on a journey through the musical landscape to create and discover colours beyond the edges of our visible spectrum.

The RNZB double bill also features Choreographer in Residence Sarah Foster Sproull’s new work The Autumn Ball, commissioned by the Festival of Colour with a theme of mortality and the autumn season of people’s lives.

Also featuring in the dance programme is the powerful work Meremereperformed by Rodney Bell with music by Jol Mulholland and directed by Malia Johnston (Movement of the Human – MOTH) with shows in Wānaka and Bannockburn.

Theatre lovers have plenty of choice in the programme with shows for all ages, and an international circus star making his way home for the festival.

Bullet Heart Club, the team behind the award-winning Kiwi heartbreaker Daffodils, premieres its new play The Hall – an uplifting story about unconditional love featuring Voices New Zealand and local singers which will be staged in Wānaka and Bannockburn, while Trick of the Light Theatre Company (The Bookbinder, The Road That Wasn’t There) returns with two works to be performed at Hawea Flat – Tröll, and The Griegol, featuring the company’s trademark puppetry, storytelling and darkly delicious fantasy, and beloved New Zealand author Janet Frame’s landmark novel, Owls Do Cry is brought to life on stage by Red Leap Theatre.

Based in Finland, international circus sensation Thom Monckton is back in New Zealand for the festival bringing his solo show The Artist, a follow-up to his worldwide smash hit The Pianist.

Rounding out the theatre offerings is award-winning live documentary theatre project Other [chinese], honest and laugh-out-loud funny play Rants in the Darkbased on Wellington blogger Emily Writes’ best-selling book, Hello Darkness – Victor Rodger’s adaptation of Peter Wells’ meditations on death and life, and the spellbinding true story of a dog and her man, A Traveller’s Guide to Turkish Dogs. Two theatre works take place outside – #thatwānakatour takes audiences on a journey on the shores of Lake Wānaka, and A Rain Walk is a theatre experience for a rainy day in the audience member’s own neighbourhood.

In a one night only performance, Aotearoa’s outstanding national chamber choir Voices New Zealand presents Taonga Moana: A love letter to the oceans, a musical and visual homage to the beauty and vulnerability of the world’s oceans.

The Pacific Crystal Palace, proudly supported by Central Lakes Trust, returns for the festival and is home to an eclectic music programme – from a delve into New Zealand pop history to the closing night performance from Kiwi music legends The Chills.

Back in 1949, Pixie Williams was New Zealand’s first recording pop star, giving voice to one of the most enduring melodies of the 20th century, ‘Blue Smoke’. In The New Blue, music director Riki Gooch, his band and singers Kirsten Te Rito, Rachel Fraser and Lisa Tomlins, bring Pixie’s music back to life.

Visual arts comes to the streets of Wānaka during the festival when acclaimed artist Michel Tuffery and his team of local students transform the shop windows of Helwick Street for Windows over Wānaka, while another group of local students have been exploring climate change through the camera lens and the exhibition Through the Eye of the Lens runs for the full week.

Running throughout the festival is Schoolfest, a programme for primary, intermediate and secondary school students with a variety of performances and workshops in local schools.

On Saturday 17 April, the Festival of Colour takes to the streets of Wānaka for a fun-filled free Street Theatre Day for the whole family.

Visit festivalofcolour.co.nz for full details of the programme. Tickets are on sale to the general public on Friday 12 February via the website or by calling 022 4 TIX NOW (022 484 9669)."