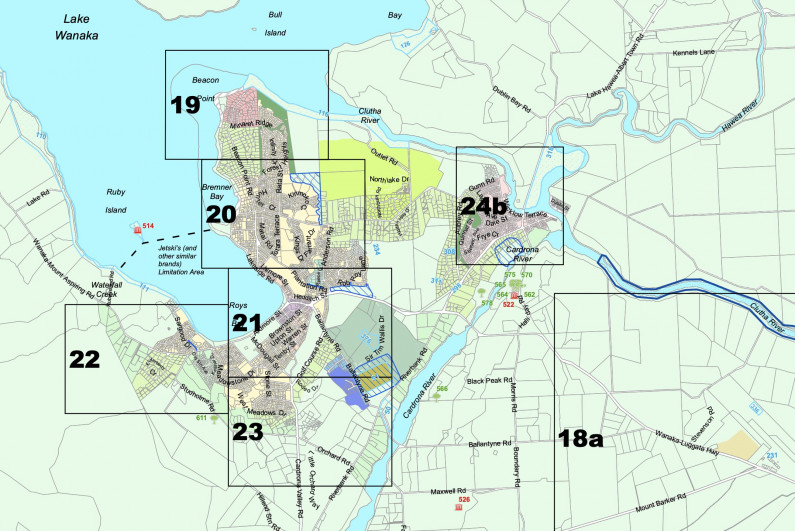 Crux published a story yesterday highlighting the cost and complexities surrounding the QLDC's current round of community consultation over a Spatial Plan, while at the same time seeking community feedback on the District Plan and exploratory meetings around a Masterplan for Ladies Mile. QLDC has issued the following response that we publish in full - followed by a letter sent today from the Hawea Community Association to Mayor Jim Boult that throws up further serious question marks over the entire planning consultation process.

We would note with regard to the QLDC response below that a number of QLDC and CODC Masterplans have been produced by Arrowtown consultants Rationale at a cost of around $800,000 each - so paying Rationale $80,000 to find out if another Masterplan is needed for Ladies Mile seems something of a potential conflict of interest.

"The Spatial Plan is a directive from Central Government and is a requirement for high growth councils like ours. This Plan will set out the long-term direction for where and how we live, work, travel, play and visit.

It will be used to inform future district plans, masterplans and other big decisions, so this early round of engagement is to understand how the community wants growth to be managed.

The Ladies Mile early stakeholder meetings are part of a separate development process which is not part of the Spatial Plan development programme, in the same way as the Frankton and Queenstown Masterplans have been discreet developments. These have been taking place to understand if there is appetite for a Ladies Mile masterplan to address current challenges in this location (such as traffic and a lack of services for the local community). This process is still in the exploratory phase.

They have come about following the Councillors’ rejection of the Ladies Mile SHA proposals in May 2019 and the Council resolution for QLDC to carry out a proactive planning approach for an integrated plan for development of the area, confirmed at the 30 May Council meeting."

There is strong concern amongst residents that in recent years, although QLDC consultation exercises have taken place, the overall view is that Council does not listen to Hawea despite consistent messaging from the community. So called consultation appears to be more of a Council box-ticking exercise designed to cement in Council agendas, with very little apparent respect for community input.

Hawea has always enjoyed an active and engaged community however, over the last week I have been informed by a number of community stalwarts that they would not be rearranging their diaries on this occasion to attend “yet another workshop where we will would be ignored”.

This frustration was evident in the very low turn out of Hawea residents to the Spatial Planning workshop last night.

I have now personally attended both the Spatial Plan Stakeholder Workshop in Wanaka on the 20th of November and the Community Workshop held last night on the 25th of November in Hawea.

I appreciate the workshops were run in differing formats due to the difference of time available however, during the Stakeholder workshop, the third Exercise with the large table maps and building blocks, was easily the most visually insightful as to the intention to show what growth might look like in 30 years’ time. It is therefore disappointing that this, of all the exercises, was not the one that should appear at all the community workshops.

On the 20th of November there were three exercises to complete and I was sent to this workshop with a mandate that was discussed at our regular committee meeting on the evening before, 19th November.

1. Spatial outcomes - What are the critical success factors? (Hawea perspective)

oInfrastructure keeps pace with growth (toilets that flush and don't end up in the river, roads, footpaths etc)

I was very uncomfortable with the third exercise which I understood and observed as follows;

Whilst developers will have a place in this conversation, I feel it is inappropriate to bring them into the process until such time as you have given the community both time, and opportunity to be consulted “consistently” and en-masse.

I note that it was indicated that all consultation to date will feed into the next phase of the Spatial Plan. I believe that if the process is not 100% correct during the early phases, the overall outcomes will not be fit for purpose or, in the interests of Hawea or, any of the other smaller communities.

I have a community who is expressing very deep concern over this entire process and would ask that you address the issues of process transparency, consistency and, the opportunity for a wider range of the community to consult in advance of conversations that might include developers and others who may have a conflict of interest.

I will await your response.