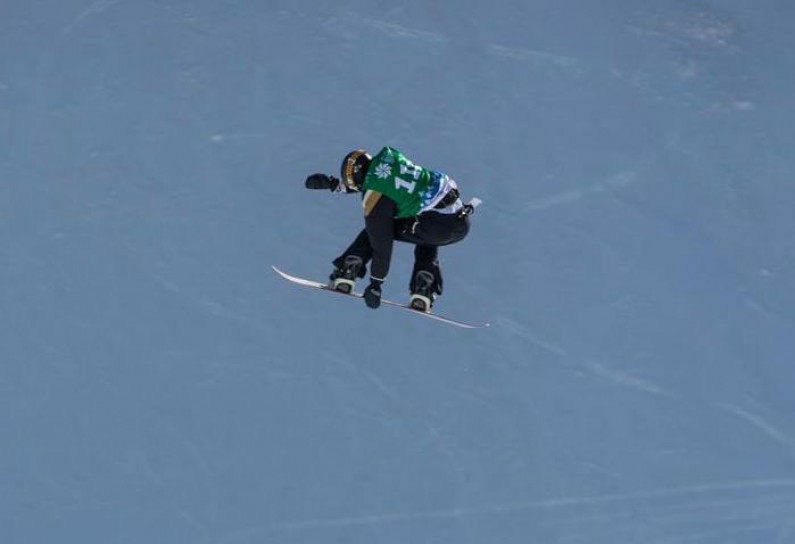 Fellow Kiwi Tiarn Collins (Queenstown, 21) has finished in 15th position, despite qualifying through to finals in second position. The Snowboarders took to the creative course twice today with qualifiers held earlier in the morning and the finals in the afternoon. The weather was fantastic with blue skies and little wind for the finals, where each athlete took two runs with their single best score counting.

Although this was only the second Slopestyle World Cup of Wakushima’s career, she qualified through to the competitive eight women final in third position after finishing second in her qualification heat.

A couple of bobbles on the rails and a crash executing a 720 on the jumps during her first run of finals meant it was all on the line for Wakushima for run two. Unfortunately, she came unstuck again in run two attempting a double 900 but a fantastic effort nonetheless with today’s 7th place World Cup result a career best for Wakushima.

“I didn’t land the runs I wanted to in finals but stoked to be in there with the other girls, I am looking forward to a little break before getting back to learning some new tricks during the New Zealand season.”

The Japanese women dominated right from the start with Reira Iwabuchi taking the win with her run one score of 91.00, followed by compatriot Kokomo Murase in second place. Tess Coady (AUS) rounded out the podium in third position.

After a blinder of a first qualifying run early today, Collins qualified through to the 16-man strong final in second position. After a solid top section Collins came unstuck on the first jump attempting a cab 1440 during his first run, once again meaning it was all on the line for run two for the Kiwi.

Collin's second run looked promising until he went huge on the third jump and couldn’t quite hold it together on the landing, finishing in 15th position overall.

Marcus Kleveland (NOR) laid down a huge first run that was rewarded with a 96.00 from the judges. Kleveland held this lead for the remainder of the competition with 18 year old Liam Brearley (CAN) in second position and Chris Corning (USA) rounding out the podium in third.

Tonight’s Snowboard Slopestyle World Cup marks the end of the World Cup season, which has been like no other due to the Covid-19 pandemic.