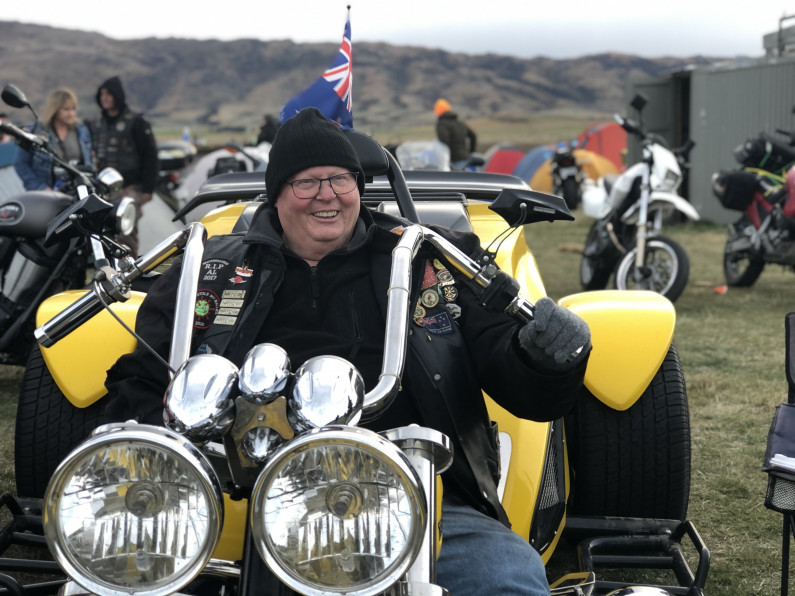 The population of Oturehua swelled into the thousands on Saturday as motorcyclists from around the country rumbled into the tiny Central Otago town to take part in the 40th, and final, Brass Monkey Rally.

Since 1981, members of the Otago Motorcycle Club have been staging the event on a patch of farmland beside the Idaburn dam - which is also a key curling location. 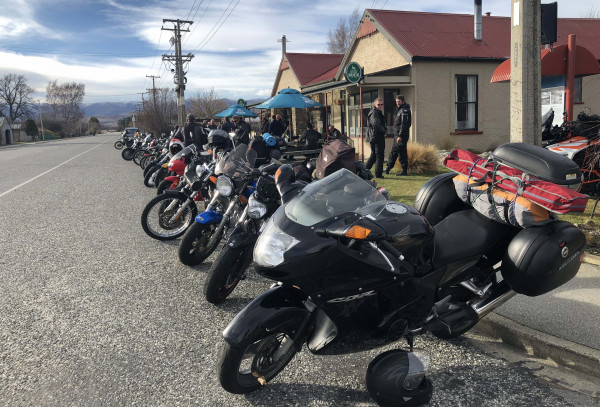 Bikes line up outside the pub in Oturehua, where the population swelled from 50 to 4000 on Saturday night for the Brass Monkey Rally.

Organising Committee chairman Alan Dodds, who’s made it to 37 of the mid-winter rallies, says it’s one of the country’s longest-running, and biggest.

He was confident numbers at this year’s last hurrah would be big, and Kiwi bike enthusiasts didn’t disappoint - approximately 4000 rode through the gates, rivalling numbers from the event’s peak in the early 1990s.

There were those who’d attended across the decades, keen to add this last one to their tally, alongside first-timers happy to tick the biking pilgrimage off their bucket list while the opportunity was there. 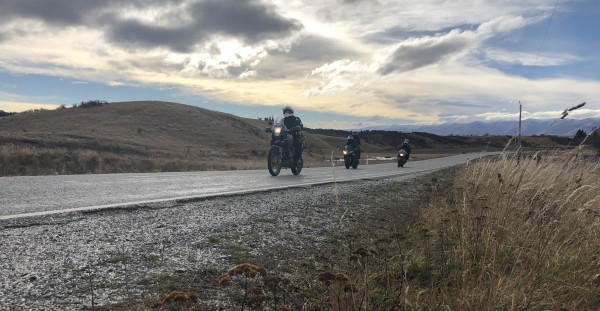 The journey to get there under the big skies of Central Otago helps make the rally special.

Mr Dodds reckons a bike helmet’s a leveller – throughout the years he’s watched doctors and lawyers mingle with tradies, all lured by their love of bikes and the comradery on offer at the event.

The rally gets its name from the expression “cold enough to freeze the balls of a brass monkey” because the Ida Valley has recorded some of the country’s most bone-chilling temperatures, he says. 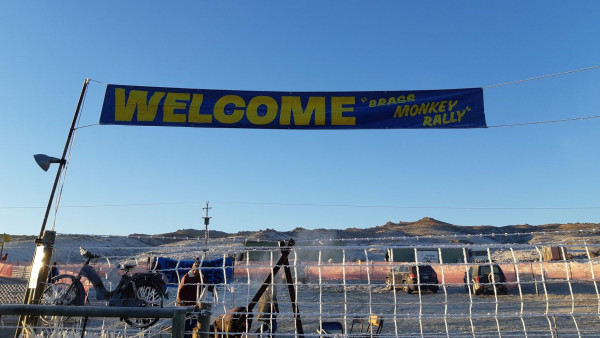 But stories of sub-zero temperatures – beer freezing solid in the can, engine oil turning to syrup with the cold, and motorbikes encased in hoar frost or skidding around on the ice of the dam - which have made the rally the stuff of legend, were reserved for campfire yarns.

Ken Gillespie, whose farm the event is staged on, says June camping conditions in the valley are typically “brisk”. 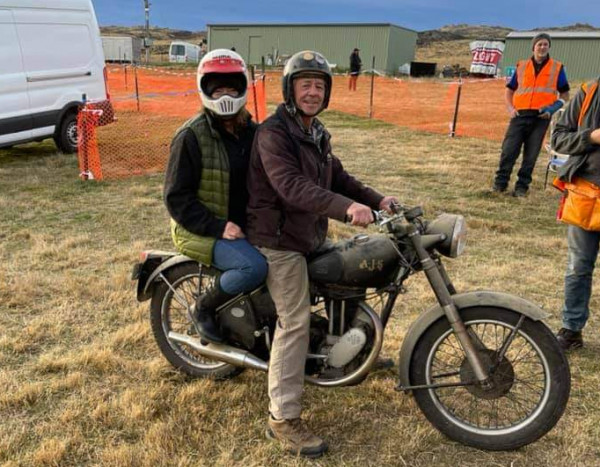 Farmer Ken Gillespie arrives at the final Brass Monkey Rally, which has been staged on his Ida Valley farm for four decades.

He’s in charge of building and lighting the rally’s legendary campfire, a farm-paddock burn-off on steroids that’s been keeping campers warm since day dot.

However, this year, it was needed to dry out the leathers rather than defrost them, as forecast rain dampened the campground as the night’s festivities revved up. 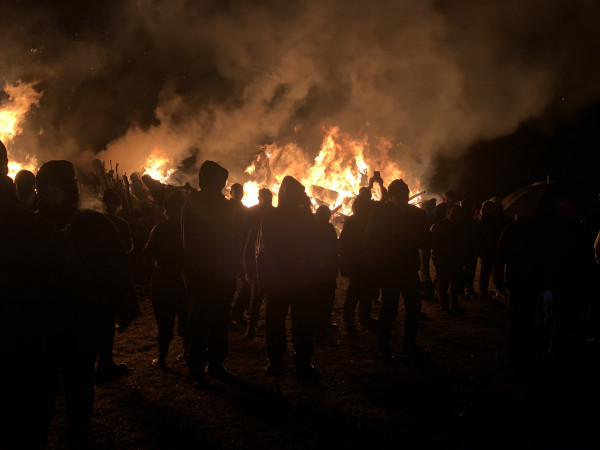 He says, because of the rally, the residents of Oturehua have never had to reach into their own pockets to fund community causes.

Hosting and catering for the annual pilgrimage of bikers – a fair few pots of venison stew have been dished out over the years – has paid for sporting facility upgrades, a canteen at the dam’s curling site, and supported families in need in times of crisis.

What makes the event magic, he says, is the people. 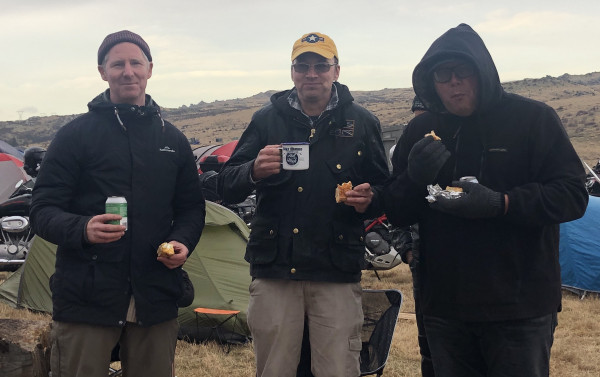 (L-R) Chris King, Nathan Donnelly and Jim Carroll, of Invercargill, warm up with a slice of bacon and egg pie.

Some of the members of the Dunedin-based motorcycle club have been helping organise the rally since its inception, and they’re not getting any younger, so the decision was made that the rally’s 40th year would be its last.

Mr Dodds says they went out with a bang, with rally-goers rocking to Jordan Luck, of The Exponents, who fittingly launched his music career in 1981, the same year as the rally. 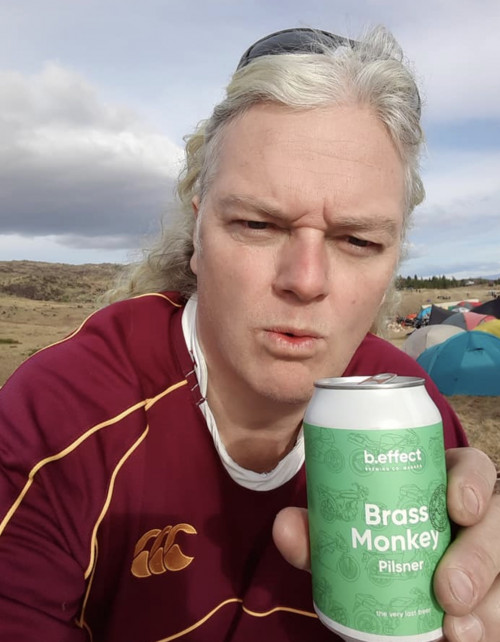 Wonky Donkey author Craig Smith, of Queenstown, with one of the last cans of Brass Monkey beer - the special brew sold out by 2pm Saturday.

Supplies of a commemorative beer, brewed and packaged for occasion sold out by 2pm on Saturday afternoon.

A last, unopened can raised more than $505 at an impromptu auction onstage, adding to a fundraising total that will this year be gifted to Otago Community Hospice.

Main image: Tony Hand, of Christchurch, on his BOOM Trike at the 40th Brass Monkey Rally, his 3rd.