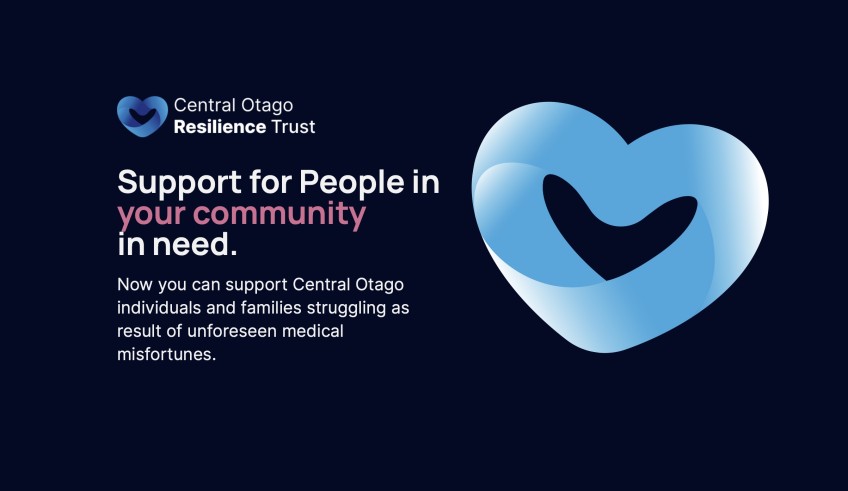 When battling cancer’s on your to-do list, everything else can wait.

Cromwell woman Stacey Hansen knows that all too well – a chance blood test one morning had her race to Dunedin, admitted to hospital with leukemia by the end of the day.

She says a hard time would have been even worse if family and friends hadn’t rallied to support her.

In some ways, she was lucky – the treatment she needed was publicly funded, she says.

“I know of some other people, their treatments cost outrageous amounts of money.”

But, still, there were accommodation costs related to out-of-town hospital treatments, and other bills - the sort that don’t care if you’re sick or well - kept rolling in.

“This community, and also where I grew up, in Gore, they fundraised for me and they made a lot of money...so that covered all of my extra expenses - I was able to keep my home.”

Ms Hansen spoke in Cromwell on Thursday at the launch of the Central Otago Resilience Trust.

Her battle’s over, and now she’s gifted a chunk of her leftover crowd-sourced funds to the new trust.

The trust’s aimed at supporting people in the district who are struggling as a result of unforeseen medical misfortune.

A new trust in Cromwell is aimed at helping families dealing with the costs of unforeseen health challenges.

For many of them, fundraising, and bringing onboard Cromwell businesses and the community members to do so, isn’t anything new.

In 2019, for example, Mr Craig, a Cromwell tradie and business owner, coordinated a charity container home build in the carpark of the Five Stags, where Mr Christiansen is in charge, ultimately raising $100,000 for a Dunedin family with a preschooler needing life-changing leg surgery.

Mr Christiansen says between them, the trustees want to formalise this sort of community support, that in the past has often kicked in when it’s needed, to make sure no one falls through the cracks.

Plus, they don’t want to be “one-hit wonders” with their previously successful fundraising projects, he says.

Publicly funded healthcare, ACC payments and other welfare assistance can help, but they don’t always go the whole way to sorting challenges people face, especially in the regions.

"And quite often, the process, it's hard to get money quickly."

The trust will host fundraising events - planning for a fundraising dinner and a charity cricket match is already underway - with an aim is to have regular rounds of funding available for those in need.

“We just want to help where we can...Just a little bit of money goes a long way,” Mr Christiansen says.

“It might be just to cover petrol for a last-minute trip to a specialist in Dunedin. It doesn’t take long for a wife of a sick husband, or the other way around, to use their sick leave in care-giving, so money becomes tight. It might be something as simple as putting the dog in care while you’re away for three days.

“It can be anything.”