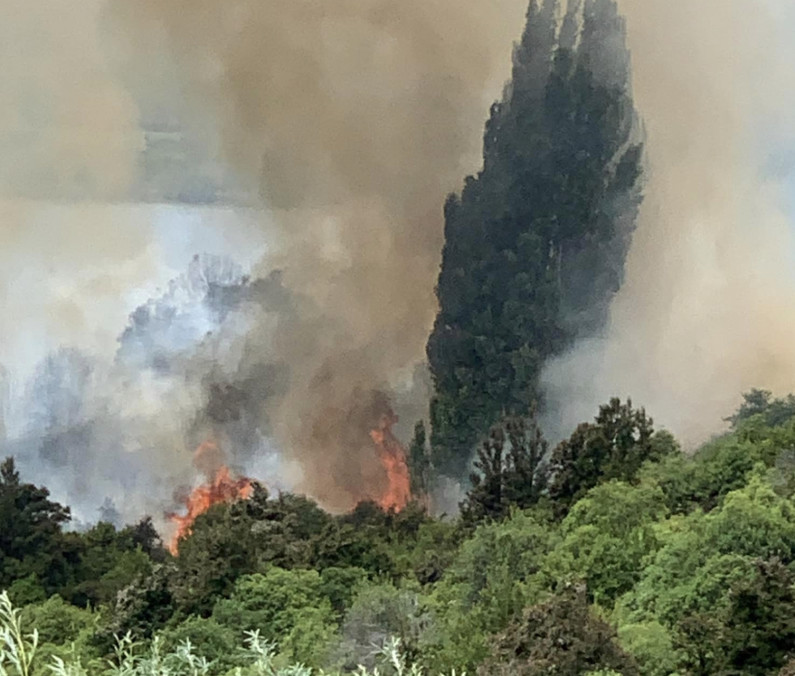 From Fire and Emergency NZ:

Firefighting operations are continuing this morning to contain the fire burning at Emerald Bay near Wanaka.

Fire and Emergency New Zealand Incident Controller Jason Sarich says conditions on the fireground were favourable overnight so no properties needed to be evacuated. A forecast change in wind direction did not eventuate and the relative humidity was low.

Mr Sarich said he flew over the fire this morning and estimates it is still about 200ha in size, covering steep terrain, which is challenging for the firefighters. There is still a large area of active fire, burning slowly in the current cooler conditions. The priority this morning will be to establish hard containment lines as the temperatures are forecast to increase.

Today there will be eight ground crews supported by eight helicopters plus a ninth helicopter controlling the air attack. The crews include six from volunteer fire brigades in the Central Otago and Lakes District and two from the Department of Conservation.

Volunteers from the Wanaka Coastguard are patrolling Lake Wanaka to maintain safety in the areas where the helicopters are dipping their monsoon buckets.

The Mt Aspiring Road is currently open with traffic control. Mr Sarich is asking the public to stay away from the area.