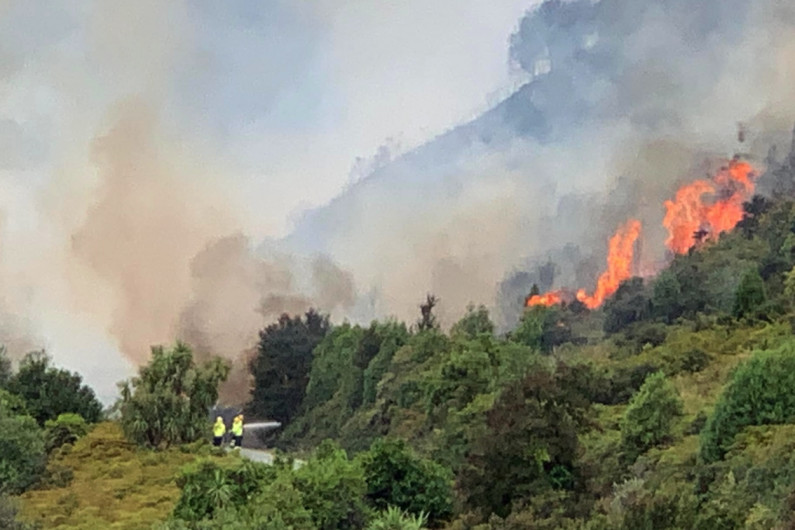 Wānaka fire: properties could be at risk

From Fire and Emergency NZ:

Ground crews supported by helicopters are continuing to fight a fire burning in an area of regenerating bush at Emerald Bay near Wanaka this evening.

Fire and Emergency Incident Controller Jason Sarich says the fire is burning an estimated 180-200 hectares of regenerating bush and is not yet contained.

Currently there are 10 appliances and eight helicopters fighting the fire and another aircraft coordinating the air attack. The aircraft will stand down from about 9.30pm but some of the ground crews will stay on scene tonight to monitor the fire.

A windshift is forecast tonight which could move the fire closer to a small number of properties at Emerald Bluffs. Jason Sarich says fire personnel have been in touch with those residents to alert them to the situation. Fire and Emergency is also liaising with Police and Emergency Management Otago in case precautionary evacuations are required.

A fire investigator will be on scene tomorrow.