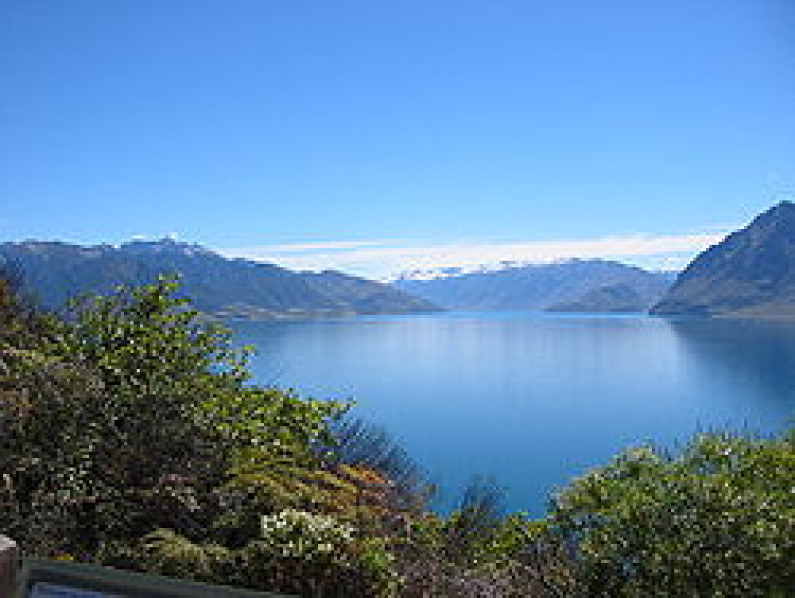 Issues raised by Hawea Community Association member Jennifer Rumore in a Crux column have been responded to by the Queenstown Lakes District Council (QLDC).

Rumore's column can be read below the council's response.

It’s important to clarify that at this stage no application for the development of a Special Housing Area (SHA) in Hawea has been received by the council. Conversations to this point have been led by Universal Developments which is engaging with the community. At such a time that an application is received, then this council has committed, as with all other SHA applications, to seek informal feedback from the affected communities. This will inform the councillors’ decision whether to recommend the SHA application to the Minister who will ultimately make the decision. For the purposes of further clarification, SHA applications are market-led by developers, rather than council. The role of council is to provide the infrastructure and services needed to support the district’s growth that is being driven by the number of people who want to live, work and visit here, and is subject to central Government’s National Policy Statement on Urban Development Capacity 2016, which “directs local authorities to provide sufficient development capacity in their resource management plans, supported by infrastructure, to meet demand for housing and business space”.

The decision to implement continuous treatment (by means of chlorination) of the Lake Hawea water supply was approved by council at its March 23 2018 meeting in Wanaka, and was not a decision taken lightly by any councillors. Whilst council has engaged with small communities throughout the district on this subject, council’s obligation in operating these water supplies is to protect public health through demonstrated compliance with the Health (Drinking Water) Amendment Act 2007 and the Drinking Water Standards of New Zealand 2005 (revised 2008). This is also in the context of the August 2016 Havelock North incident that has reduced the acceptable level of water-related health risk nationwide. Specifically, protecting these water supplies from the risk of bacterial contamination and protecting the health of the community and visitors who are supplied water by these networks, through permanent disinfection by chlorination, is a new requirement under our Public Health South approved Water Safety Plans for all small schemes. Council has been clear that the implementation of continuous treatment by chlorine does not preclude an alternative solution being employed in the future that is as effective throughout that entire reticulation network and as cost-effective.

The QLDC will be reviewing its Freedom Camping Control Bylaw and relevant aspects of its Reserves Management Plans later this year. At the same time it is in discussion with Government agencies (Department of Conservation, Land Information New Zealand, the New Zealand Transport Agency, the Ministry of Business, Innovation and Employment) to develop a camping strategy and ways of providing funding and/or support for more facilities throughout the Queenstown Lakes district. The council continues to escalate the issues of freedom campaign to central Government as all freedom camping activity is primarily subject to the Freedom Camping Act 2011 which currently defines what local authorities may nor may not do in relation to freedom camping.

With regards to the suggestion from some residents that Hawea should have a dedicated seat on the council, a Representation Review is currently being conducted as required every six years by the Local Electoral Act 2001. This will be publicly notified after the June 14 council meeting with consultation running until mid-July, and people will be able to formally submit their feedback. However, the Local Electoral Act has clear parameters defining the requirements that must be met for a community to warrant a dedicated council seat/ward. Currently the population of Hawea does not meet these requirements by a significant percentage, nor does it meet the definitions that may indicate the need for a dedicated ward, such as being an island community. As part of the Wanaka Ward, Hawea is represented by the Wanaka Community Board (of which two members live in Hawea and Hawea Flat) and three Councillors. Details of the review and how to submit will be available after June 14 via the QLDC website in the “Your Views” section: https://www.qldc.govt.nz/your-council/your-views/

The battle lines are being drawn between the community and property developers in Lake Hawea. This was evident at a meeting held to discuss the Special Housing Area (SHA) proposed on land south of Cemetery Rd, just outside the proposed town boundary. The April 21 meeting was organised by the Hawea Community Association and attracted more than 140 residents, along with three Queenstown Lakes District councillors, two Wanaka Community Board members and two property developers. It aimed to inform residents about the SHA process and ramifications, how it differs to Resource Management Act (RMA) requirements and timing, and the potential impact on Lake Hawea.

There were clear questions and directives: maintain Cemetery Rd as Lake Hawea’s southern town boundary. The meeting heard that if the Queenstown Lakes District Council (QLDC) supports the proposed SHA, residents’ options are to appeal to the Minister of Housing and Urban Development, Phillip Twyford, and to the Governor-General, Patsy Reddy.

The 1080 drop planned in the Timaru Creek area this month: Despite significant public outcry – more than 1000 local signatures on an opposing petition - and strong scientific evidence against the drop, the authorities do not appear to be reconsidering the plan. Their lack of response to enquiries suggests public consultation outcomes have little bearing on decisions and that Lake Hawea residents have limited say on major environmental impacts on their area. The drop zone will be relatively close to the town’s drinking water supply intake, taking prevailing winds into account.

Chlorination of Lake Hawea’s drinking water supply: the town’s water supply is currently chlorinated, partially due to mistakes made by the council during the bore reworking in 2017. No reparations were made, no apology was given and, despite more than 540 signatures on an opposing petition; evidence submitted regarding chlorine-related illnesses; hundreds of Lake Hawea residents attending hours of meetings over several years and almost unanimously objecting to chlorination; and many writing opposing submissions, Lake Hawea’s water supply is presently chlorinated.

Freedom camping and the lack of public toilets and rubbish bins: freedom camping is having a significant, negative effect on Lake Hawea and its surrounds, escalating to the point this year that some residents took matters into their own hands by blocking access to Craigburn Reserve, after years of discussions with, and requests to, government agencies resulted in no tangible improvement in defecation and litter problems. Lake Hawea residents are not the only people confounded by this issue. One tourist - Chrissy Van der Jeugd from Australia - summed it up succinctly, saying "it's almost like they've given everyone a free pass to come and destroy this country, but the reason people come here is because it's so pure and pristine.”

The questions posed to QLDC councillors and staff at the April 21 meeting suggested an undercurrent of no confidence in the organisation to implement Lake Hawea residents’ vision for their community. Many residents have expressed concern that mayor Jim Boult and what he declares is a united council will create an urbanised support base in Lake Hawea to serve mass tourism. Lake Hawea residents’ vision of an inclusive, close-knit community departs dramatically from this, but appears to get only lip service. The vast majority of Lake Hawea residents abhor the proposition their township could one day have similar urban density to Frankton and Queenstown. Visitors to Lake Hawea are increasingly telling residents they come here to escape the commercialism, solicitations for tourist activities, traffic and busyness of Queenstown, instead preferring the peace and natural beauty.

Residents have suggested Lake Hawea seats on the council and referendums would provide a more accurate and fair way for locals to shape their future. A survey currently underway on www.keephaweabeautiful.co.nz so far shows more than 90 percent support for Lake Hawea council seats, as well as Cemetery Rd being upheld as the southern town boundary.

This column is intended to communicate what is on the minds and in the hearts of Lake Hawea residents.

Jennifer Rumore and her family of four love living in Lake Hawea. She teaches yoga at the Lake Hawea Community Centre and in Wanaka, owns Metalworks Wanaka with her husband Steve and is involved in the Hawea Community Association and the Hawea Food Forest. She is passionate about helping the already strong community spirit to thrive and prosper, and to help communicate issues that are important to residents and relevant parties.