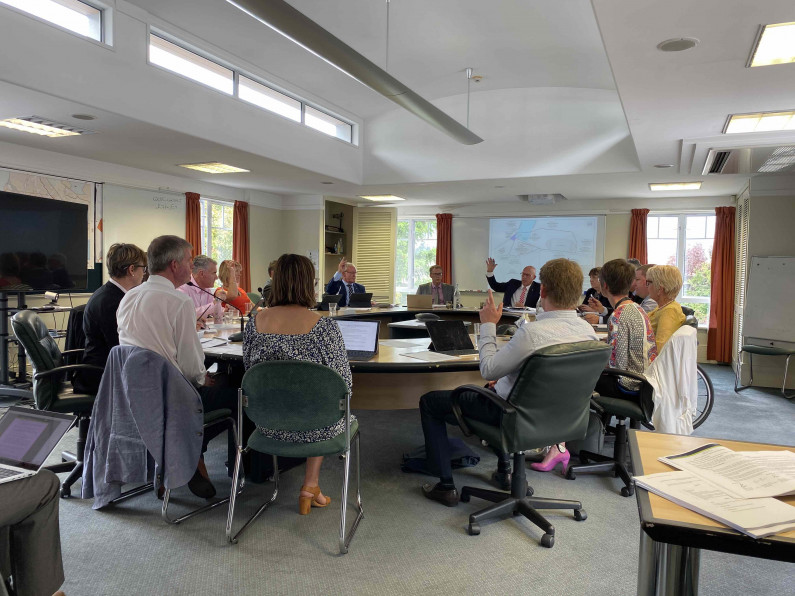 The deafening and total silence of our elected councillors

We voted them in. We trusted them to represent us. They are democracy.

But where are the elected councillors that we voted for five months ago?

Like Mayor Jim Boult in 2016, when he was first elected, many of them were full of fire and enthusiasm. They were going to fix things from the inside – get stuff done.

But after weeks of “induction” by council staff, managers and even council lawyers they have had the stuffing knocked out of them. "Trust the staff" is the mantra being thrown at the them. And, by the way, say nothing to the media.

Just like Mayor Jim Boult in 2016. He was going to get on top of the managers and run the council like a business. No more nonsense.

So, where is all of that bluster and confidence now? Gone.

The truth is that council senior staff and managers can hardly lose. They are paid well and generally make up their own rules. It is all totally legal and above board – and yet the end result gets very close to being what most people would define as corruption.

It’s a paradox of modern democracy that the rules invented to promote transparency and accountability have literally been turned inside out by the people we pay to enforce those systems.

The Queenstown Lakes District Council no longer functions properly. To all intents and purposes there is no transparency. We as media can’t report on anything meaningful because self-protecting senior council managers cover their own backsides by invoking LGOIMA and other “transparency” rules that have the effect of obscuring the truth from the people that pay their salaries.

In many parts of the world senior council staff can’t hold their positions for more than five years so that “cosy” relationships and empire building can’t set in.

Empire building in a ratepayer funded monopoly is easy – it’s a piece of cake. A child could do it.

It’s time for our elected councillors to start showing some guts. The QLDC bureaucracy has been out of control for years, but it’s now reached bright red danger levels. Mayor Boult has got what he wants personally from senior council staff – and given up on the rest of us. And that includes getting the airport expansion and unlimited tourism growth that he is 100% determined to deliver.

If our elected councillors also give up, then we might as well kiss goodbye to this community. The Southern Lakes will become the private domain of the greedy, the selfish and the short sighted.

It’s still not too late for things to change.