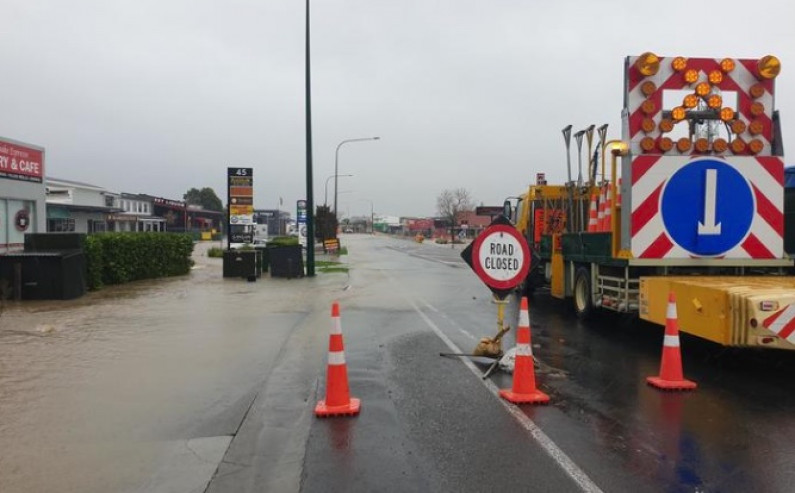 Homes have been flooded and people have had to be rescued from their cars after widespread flooding across parts of Auckland overnight.

Fire and Emergency had more than 150 calls for help between 9.30pm yesterday and 4am today, mainly from West Auckland and up to Kumeū.

Most were because of flooding into homes, with some cases of people stuck in vehicles.

Kumeū's main road and many of its shops are under water, houses are damaged and cars are submerged.

Gerry Fennelly lives in Henderson Valley and told Morning Report he woke shortly after midnight to almost a metre of water coming up to the house and underneath it.

Fennelly said it was like a wave coming up the road and carrying logs with it. "It was terrifying", he said.

SH16 is closed through the Kumeu township between Matua Rd and Riverhead Rd.

A MetService heavy rain warning is in place for Auckland, Great Barrier Island and Coromandel Peninsula until 4pm.