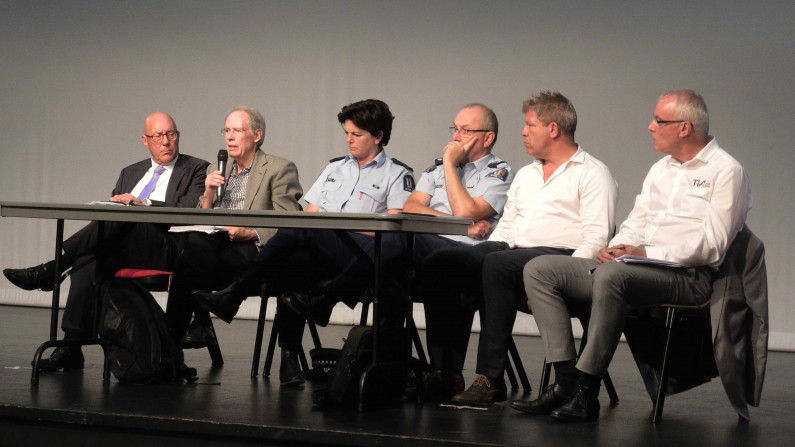 In the wake of multiple serious rental car incidents in the Southern Lakes, council, police, the rental car industry, NZTA and the tourism industry have all acknowledged that there is an immediate problem to be fixed and action is on the way. 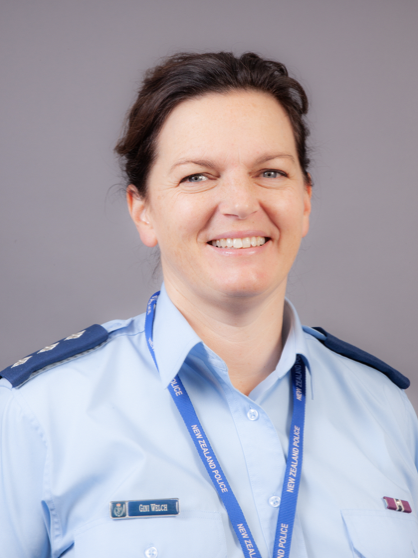 Inspector Gini Welch - National Road Policing Manager. Traffic penalties "out of whack with the rest of the world."

The Police Manager of National Road Policing, Inspector Gini Welch said that changes were imminent as New Zealand was "out of whack with the rest of the world" when it came to the penalties for driving offences. Inspector Welch said she was speaking as a "Mum and a daughter" with deep concerns about New Zealand's avoidable road tragedies. The new penalties being developed by the Ministry of Transport would not target rental drivers in particular but the police view is that harsher penalties will help improve all aspects of road safety.

In the meantime Inspector Welch told the forum audience that additional Southern Lakes police road patrols, up to ten each day, had been launched in order to provide stronger enforcement of driving regulations. She said this number was "above and beyond" what had been set as regular, rostered police road patrols.

At the Crux Rental Car public forum in Queenstown on Friday evening, these stiffer penalties emerged as the first point of consensus in a raft of potential solutions designed to reduce the deaths and injuries that can be attributable to the drivers of rental vehicles.

5,263 people have signed a local petition calling on Mayor Jim Boult to make rental car companies accountable for their drivers.

There was no "fireworks" moment when the community and the high-powered panel had a meeting of minds, but there was history of a softer kind made as both sides agreed that the answers were likely to avoid tourist driver testing and heavyweight changes in legislation.

Instead there was broad agreement that in addition to an increase in the severity of road penalties, systems needed to be developed that would identify and stop dangerous or unskilled drivers very quickly - before deaths and injuries can happen.

The forum heard of cases where rental car drivers "with no driving experience at all" had managed to acquire overseas driving licences and somehow negotiated some of the region's most challenging routes, including the winding 1,000 metre high Crown Range summit.

The rental car forum audience at the Queenstown Memorial Centre.

James Dalglish, President of the Rental Vehicle Association, said the conversation between the community and the various agencies was "long overdue" with his industry committed to avoiding deaths and injuries linked to rental car drivers.

All of the panel member expressed sorrow and grief for the victims of recent accidents in the Southern Lakes including the death of Noelene Tait and the serious injuries inflicted on Glen Cherry in a Frankton Road accident on January 14th.

Noelene Tait's coffin at her funeral service, including her car number plates - Fiddlr.

A 29 year old man from Singapore has entered a guilty plea to charges of careless driving causing death and injury and is due to be sentenced on February 10th. The maximum penalty for each offence is $4,500 or three months in jail. The driver, Dalbert Tin, crossed the centre line in his rental car before hitting Mr Cherry and Noelene Tait.

Crux is still processing a large number of questions from the forum audience but solutions suggested so far include different types of driver assessment, a greater willingness of rental car operators to give refunds if drivers don't feel comfortable on NZ roads, and moves away from marketing New Zealand as a self drive holiday destination.

NZTA's Director of Regional Relationships, Jim Harland, agreed there needed to be change in the management of overseas drivers but shared horror stories of extremely bad Kiwi driving, noting "how can we expect overseas drivers to improve if we can't drive well ourselves."

One audience question referred to problems caused by very slow and erratic drivers - often from outside New Zealand and driving rental cars. Inspector Welch responded by saying that high speeds remained the focus of road policing, but there was broad agreement that slow and erratic driving can be the cause of frustration that then leads to subsequent accidents. 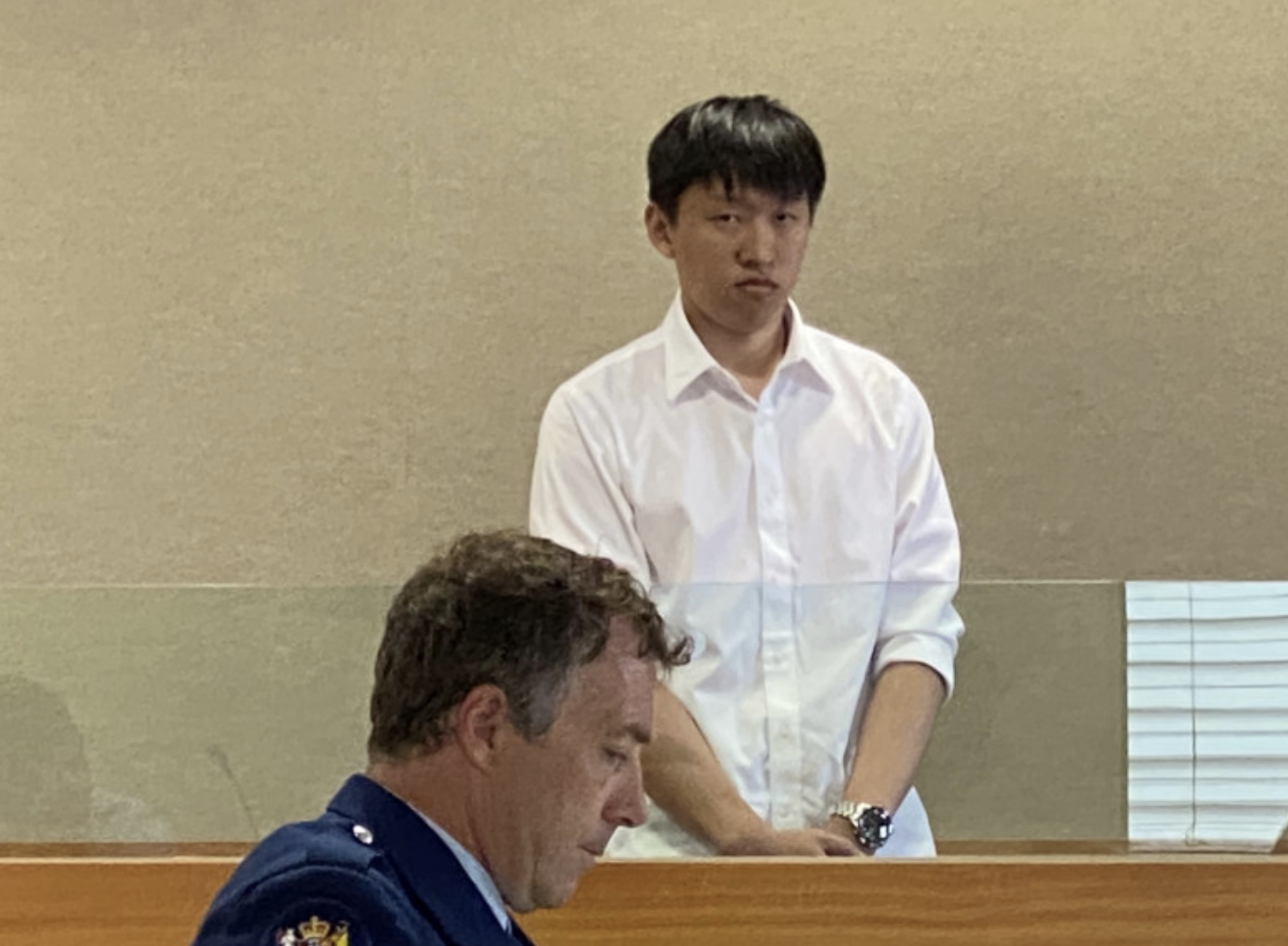 29 year old Dalbert Tin will be sentenced on February 10th for careless driving causing the death of Noelene Tait as well as injuring Glen Cherry and his own passenger.

It will take Crux and the panel members some days to work through the high volume of community questions and suggestions, but Crux, working with forum moderator Alexa Forbes, will report next week in more detail.

Mayor Jim Boult noted that if even one life is saved by one idea from the forum then that will be a worthwhile achievement. He personally wanted to see the compulsory use of seat belts on both tourist and school buses - a suggestion that the police panel members agreed with.

Tourism Industry Aotearoa Advocacy Manager, Steve Hanrahan, said the tourism industry backed moves to make rental cars safer, giving one example of how hotel check out staff can give advice and check the practicality of guest itineraries before they hit the road each day.

Perhaps the most impactful aspect to the forum was the fact that each panel member not only travelled to Queenstown to answer the communitity's concerns, but spoke at the forum as parents of children, and as partners in relationships, where one preventable incident could take that loved person away.

In a subtle but important way we have moved from often trying to deny that a problem exists - to trying to find some really practical and lasting solutions. 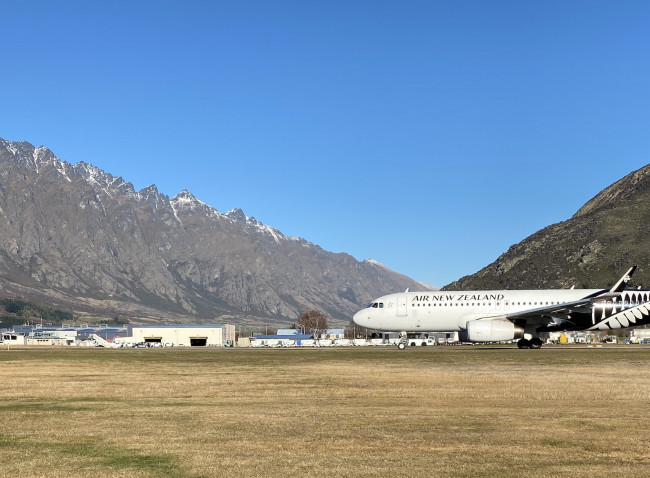 QLDC Councillor on airport - "How do ...