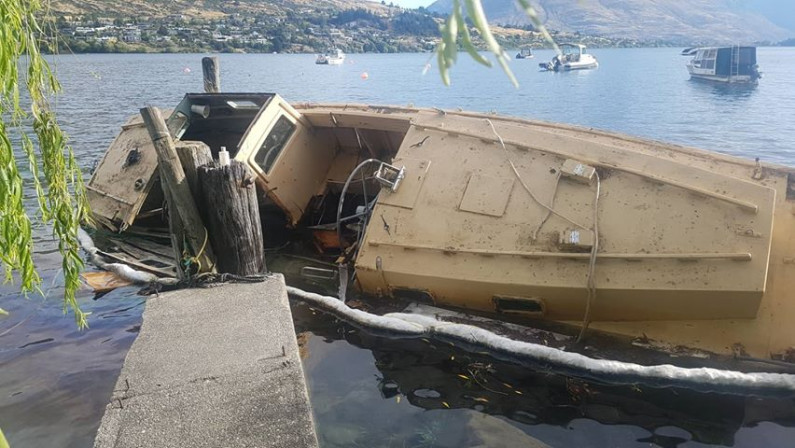 A wrecked boat is leaking fuel and oil into Lake Wakatipu, but nobody seems interested in fixing the problem. Fuel and oil can be clearly seen leaking from the boat wreck into the lake.

A Crux reader says the boat was smashed against the old wharf at Frankton during high winds in the district around a week ago.

Photos of the wreck clearly show fuel and oil contamination entering the lake.

According to the resident who took the photos both the Queenstown Lakes District Council and the boat owner have been informed of the problem, but neither has taken any action.

Harbourmaster Marty Black has also been asked if he can shed any light on the situation.