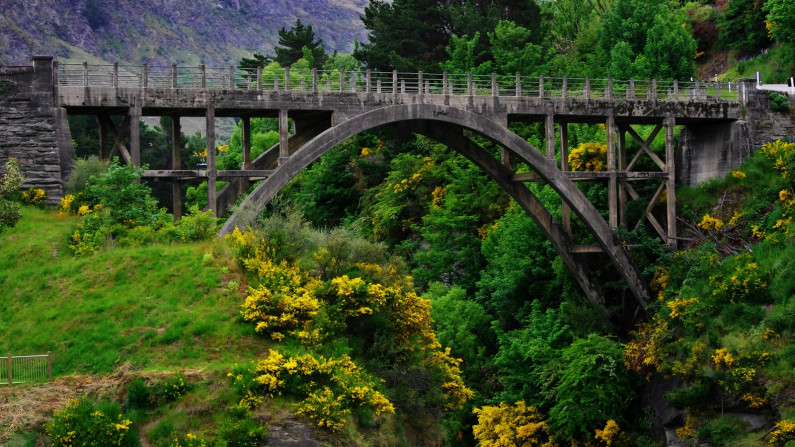 Mayor Jim Boult is exploring the option of building a second bridge over the Shotover River at Arthurs Point.

"The Edith Cavell Bridge is a well-known local landmark in Queenstown Lakes District and is named to recognise the heroic efforts and ultimate sacrifice of an English World War I nurse. After 100 years of providing a vital link for the Queenstown-Wakatipu community, future options for crossing the Kimiākau Shotover River and the role the Edith Cavell Bridge plays in that, are to be explored by Queenstown Lakes District Council (QLDC).

QLDC Councillors formally acknowledged the name ‘Edith Cavell Bridge’ at its meeting on Thursday 31 January 2019. QLDC Mayor Jim Boult said that the name, originally coined by an aging gold miner from County Antrim, Northern Ireland, needed to be formally recognised by the Council. “This brave nurse gave so much of herself, risking her own safety, to save so many other lives during World War I, that it was without question that this Council needed to formally recognise the name on the 100th anniversary of the bridge,” said Mayor Boult.

Mayor Boult advised that the timing was right for QLDC to be exploring the future options for the Arthurs Point crossing.

“The Edith Cavell Bridge has served its community well for 100 years, but it’s no surprise that our local traffic is rapidly outgrowing a one-lane bridge. We are only at the point of initiating thinking, but felt the time was right to let the community know that we are looking at what is needed to provide sufficient traffic flow.

“This could be anything from traffic lights to a second crossing. We have budget for the exploratory work but costs for delivering the final adopted solution would need to be agreed in a future ten year plan, “confirmed Mayor Boult."