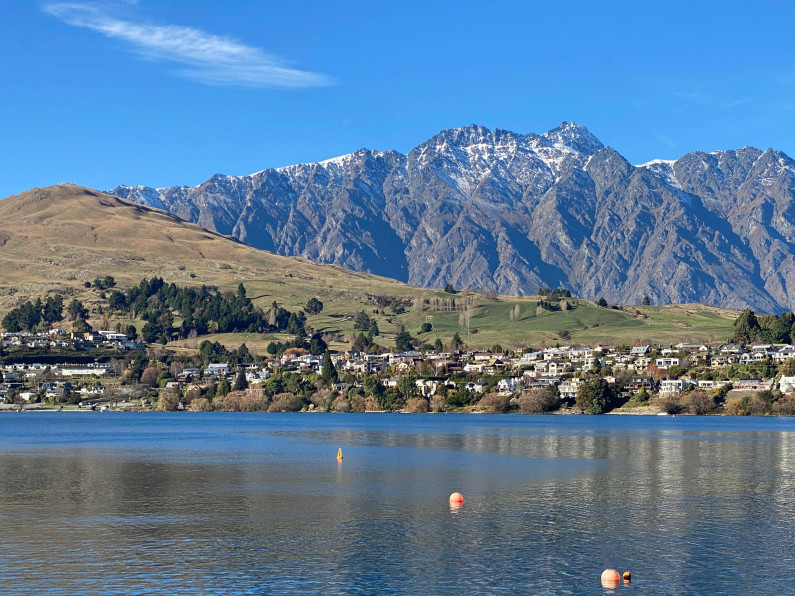 Under the Local Electoral Act 2001, local authorities are required to review their representation agreements at least once every six years.

The review considers a number of things including how many Councillors are required, geographical boundaries of wards, names of those wards, identifying communities of interest, and if community boards should be established or retained. The role of Mayor is not part of the review. 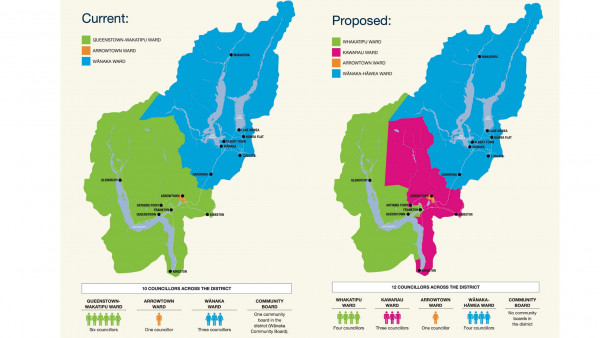 The current boundaries compared to what is proposed - source: QLDC

Queenstown Lakes residents are invited to have a say on these proposals. Formal community consultation will take place from 5 July until 6 August 2021.

More detailed information of the boundaries and proposed wards, and a survey for making a submission will be available on letstalk.qldc.govt.nz from 5 July. Residents also have the option to email letstalk@qldc.govt.nz or post their feedback to Representation Review Feedback, Queenstown Lakes District Council, Freepost 191078, Private Bag 50072, Queenstown 9348. Boundary and ward information will also be available in Council offices and libraries throughout the district.

Submissions will be heard in Queenstown on 26 August and in Wānaka on 27 August.

Following formal hearings, officers expect to take a final proposal to Council in mid-September. The final outcome will take effect for the October 2022 local elections."

A representation review addresses the total number of councillors there should be for the district or region and the way they are elected. In the case of territorial authorities, this involves deciding whether councillors are elected from wards or ‘at large’ across the whole district, or by a mix of both wards and ‘at large’. A review also covers the boundaries of wards and constituencies, and their names. In the case of territorial authorities, a review also needs to address whether there should be community boards in the district and, if so, the number of boards; their names and boundaries; the number of members for each board including any appointed members; and whether the board area should be subdivided for electoral purposes.

The process and timelines for conducting a Representation Review are defined by the Local Government Commission Mana Kāwanatanga ā Rohe: http://www.lgc.govt.nz/representation- reviews/