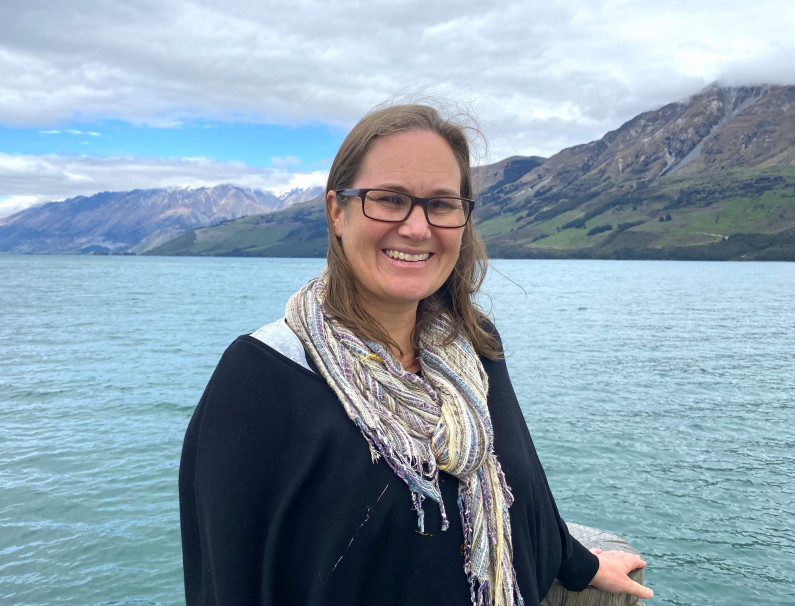 There’s no doubt about it – Niki Gladding is a divisive figure. She’d agreed to meet me in her hometown of Glenorchy and as I carefully negotiated the tourist traffic war zone of the Glenorchy road it was a chance to reflect on the first occasion I had spoken to her over three years ago.

At that time, she was locked in a bitter battle with Camp Glenorchy, the $40 million eco hotel that re-defined the use of technology to save the planet. The US philanthropist funded project upset Niki because it was using land that she thought should be used for local housing – it was, she told me, “tech green” not soft green and not the right use of the site. 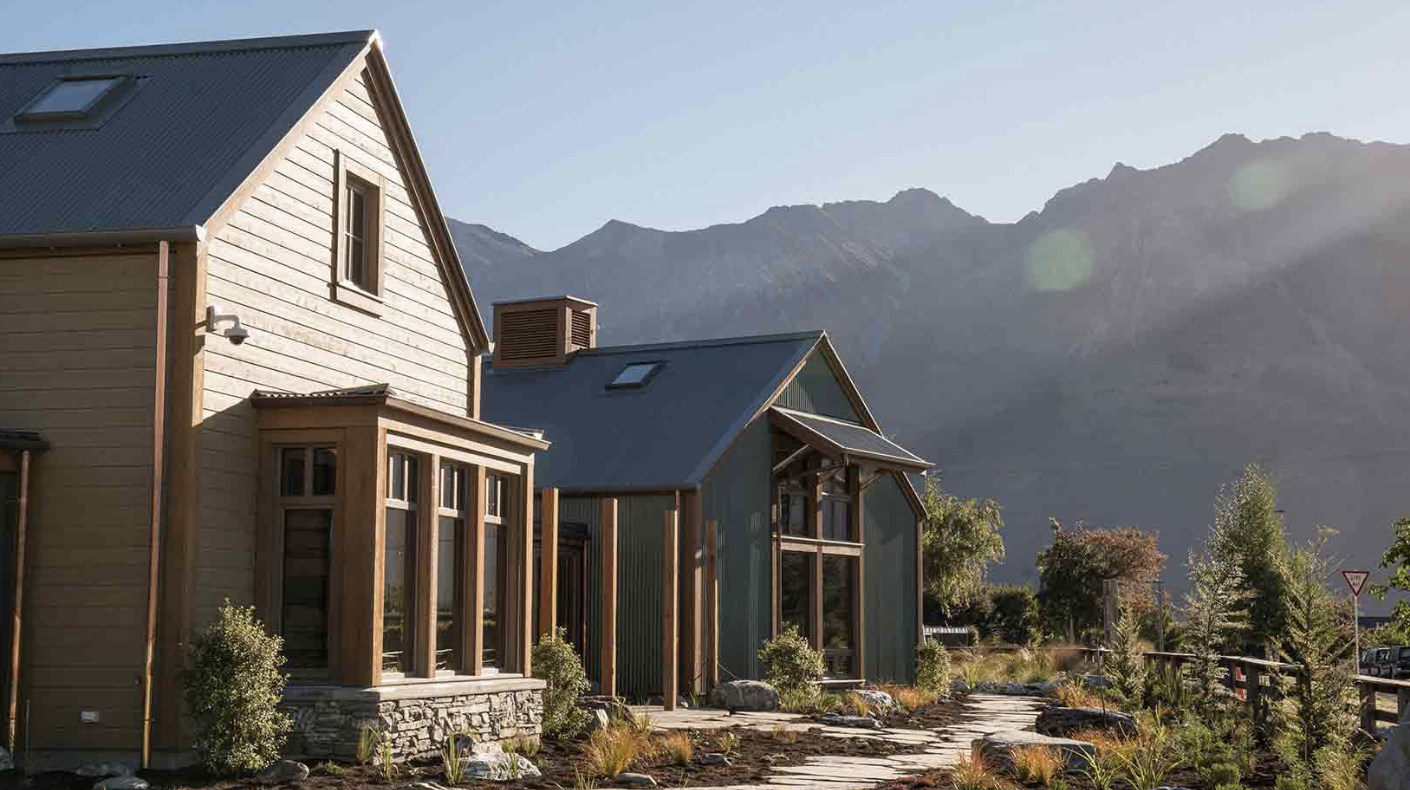 At the same time, if I called other people in Glenorchy, the mention of Niki’s name would produce a heavy pause in the conversation. She had her supporters for sure, but to say that she ruffled some local feathers would be an understatement.

Oh, and when I did speak to Niki back then, she was clearly very smart and well informed – but getting a short, focussed conversation out of her was an extreme challenge. Even her very best friends will agree on this point.

So – it’s a sunny October day in 2019 and Niki has just been elected to the Queenstown Lakes District Council. Days before the election she’d accused Mayor Jim Boult of a conflict of interest over his tourism group chairmanship – she forced an Elected Members Conduct Committee investigation and is taking the issue to the Auditor-General. And just for good measure she mounted an official information act request a few days before the conflict of interest investigation, that exposed an unusually close relationship between council management and the controversial issue of airport expansion.

We met at the famous Glenorchy shed – her house was “too much of a mess” – and found a couple of tree stumps to sit on – away from the hordes of selfie-taking visitors (up to 4,000 a day peak season) but near where the Dart River jets came gently nudging into their home water basin, full of politely clapping, clearly delighted tourists.

I want to get a glimpse of what the QLDC and Jim Boult can expect when Niki enters her three-year term as a brand new councillor.

“I'm excited and daunted and um, it's just, it's just going be a big learning curve and I'm really interested to find out how it works practically on the inside. I'm interested to get to know the people and how that side of things works and yeah, I'm really excited about learning what it's like to be on the inside instead of working from the outside, but that's going to be a challenge and I'm interested in how I figure out my new MO, I guess if there is a new MO.”

Niki’s MO to date has been akin to a stormtrooper. She does not do things in a small way. It’s boots and all, with chapter and verse of the relevant law to back up her arguments along with a shed load of passion and even a little anger. I always assumed she was a lawyer.

"No, no, no, not a lawyer. So I started off, I did a science degree then I trained as a teacher and did that for about six months. And it was the most difficult thing I ever did – then I moved into outdoor education worked as a ski instructor and I flitted around and my twenties. Then I came here to Glenorchy and had kids, and there was no child care – so I became a stay at home Mum for a while.”

Niki’s time in Glenorchy has been marked by controversy and her relationship with matters legal started, unsurprisingly for Niki Gladding, in an unusual way.

She’s reluctant to tell me the whole story and some of it she wanted off the record, but it involved a late night, hot chips, the local pub and an employment issue. “I challenged it and it was not right” is Niki’s summary of the episode – but either way it was the start of a new career as a legal scrapper.

Niki did later take a paper in advanced resource management issues at Massey University, but she’s largely self-taught. Her refrain that “it’s not right” became her life motto – if she wore blazers it would be embroidered there in Latin – if she had a family coat of arms it would be some legal books and a loud hailer with “It’s Not Right” emblazoned underneath. And it’s not a self-righteous “it’s not right’ – it’s genuine and heart felt.

Niki - "It's not right" is her motto and her moral compass

That’s the challenge with Niki. We are not used to passionate people. There’s not an ounce of politics or self-ambition that I could sense talking with her – just an unfiltered belief in right and wrong, and a burning need to challenge and fix what is wrong.

Niki lives with partner Matt who works as a plumber – they’ve got two kids aged eleven and nine, who both go to the local school. Niki said she would send me through a family photo – but it didn’t happen.

Of course, the problem with Niki sitting in the QLDC council chamber will be that the world is complex and full of compromises. Right and wrong become blurred in a complex web of deals, favours, interpretation, swaps, long term vs short term, jobs vs the environment, growth vs conservation.

But she has a strong network and lots of friends who will help teach her how to moderate but not perhaps dilute her messages and campaigns. Plus, a bunch of other new councillors who are all broadly on board with what they see as the need for change both inside the council and outside, here in the community.

“It's going to be a timing thing because some things we have to plan for and others are urgent. So to me the climate action plan is the Biggy. What resources, how many people, how are we going to get this fixed? That’s the big key thing and it's really strategic. If we don't get those changes into the long-term planning, then we're stuffed.” 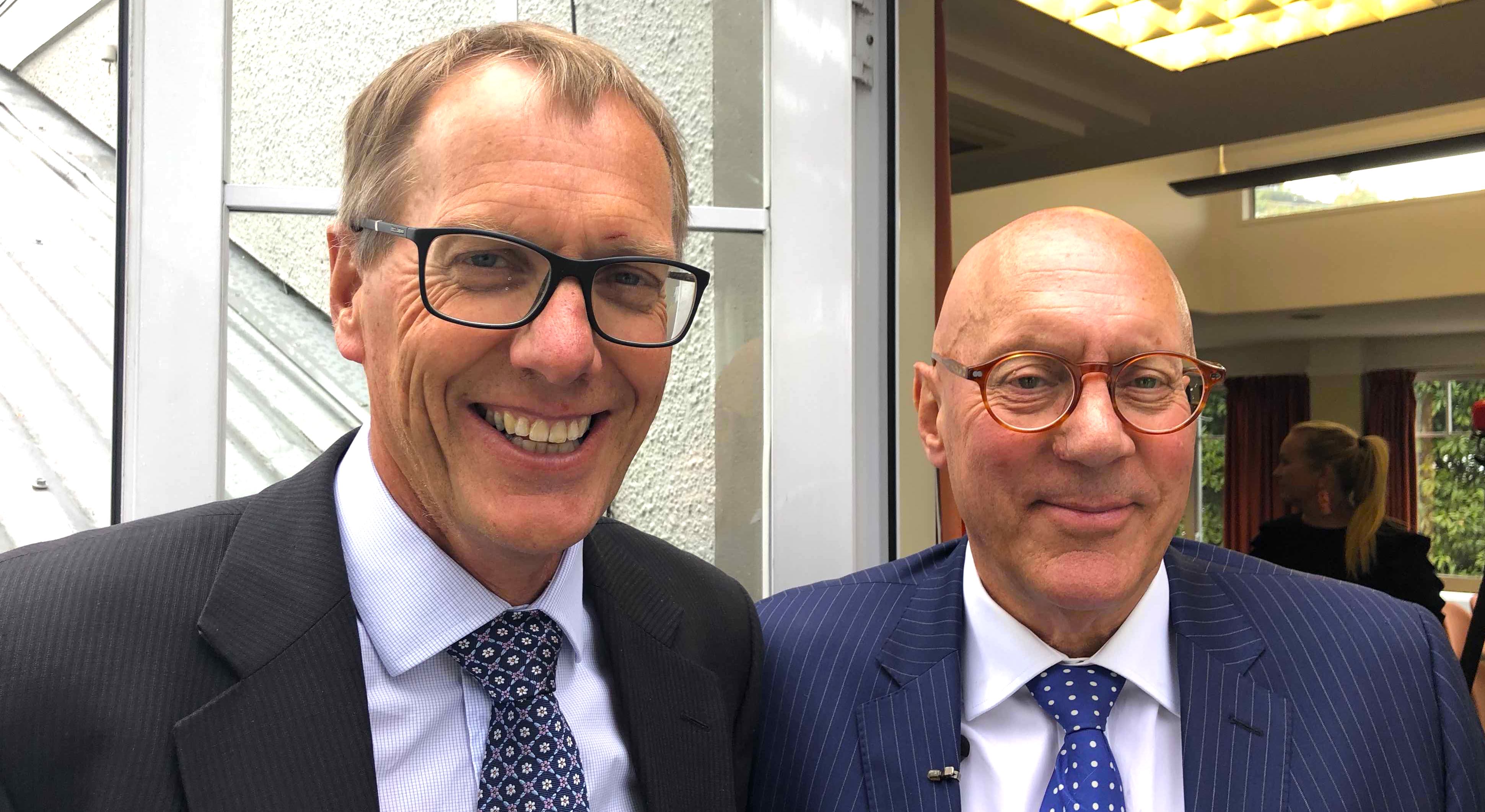 Mike Theelen and Jim Boult - Niki Gladding will need to find a way to work with these two key figures.

But she will have to navigate the human relationships as well. Already there’s been a frosty meeting with Jim Boult and council CEO Mike Theelen over next steps in the conflict of interest battle. “They talked down to me” says Niki – disappointed that in her view these two very senior men did not listen to her. She’s taking the fight to the Auditor-General.

It’s not going to be boring.

I asked Niki if she could predict what the situation might be in three years’ time, at the end of her first QLDC term. Will there be blood on the walls?

“I'm sure there will have been battles, but I hope that they’ll be cleanly fought battles, you know? That's what I'm there for. I didn't hide what I was all about throughout the campaign and somehow miraculously I got elected So, I mean, to me, there’s a mandate to keep doing what I'm doing and, and if people come to me with issues, then I'm going to push on in. I'll definitely be pushing for water quality and I definitely will be pushing for climate change and reducing emissions, improving transparency and looking at airport expansion. We'll see how it plays out. I do promise to be well behaved – it just depends on how you define well behaved.”