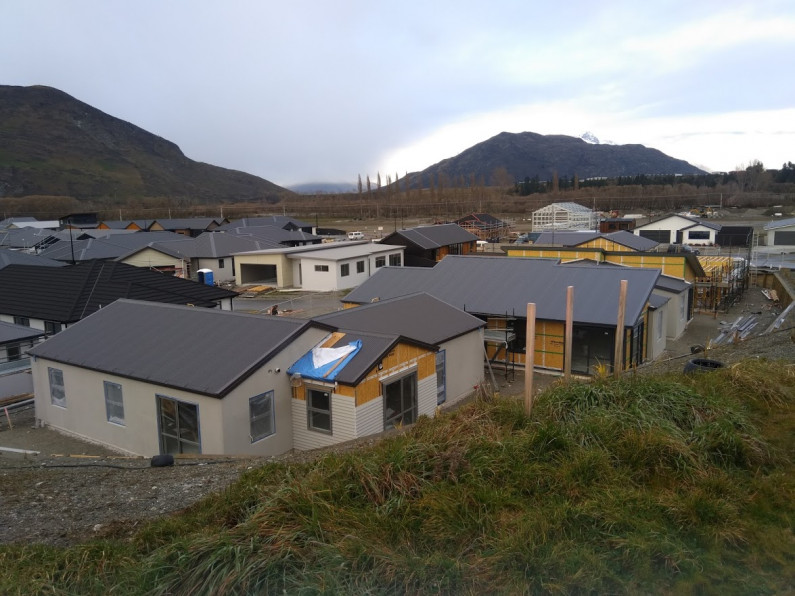 Local trust is winning the affordable housing battle - against the odds

Against almost impossible odds the Queenstown Lakes Community Housing Trust is finally starting to win the battle against skyrocketing housing costs in the district.

Fighting land inflation, explosive building costs, population growth, property speculation, a booming investment market and purchases by overseas buyers would be enough to put most people off, even give them nightmares, but trust CEO Julie Scott is up for the challenge.

It's now her eleventh year at the trust. "We've got a lot of land and contributions coming into us through the special housing area process and through the private plan changes and stakeholder deeds, so we're on the cusp, I think of something quite big." "Something Big". The new housing trust model allows houses to be sold to buyers at half the current market price - or less. The key is to exclude the land and only sell the house. The land stays with the trust.

That something big is 1,000 affordable houses in the next 10 years. Already the first houses are being built using a new model where the house and land are separated. The trust calls the scheme Secure Home. The home buyer purchases the house from the trust while the trust keeps ownership of the land, in effect making the house half price. This approach was developed by the Mayor's housing task force and is based on a similar successful approach in the Whistler resort in Canada. Main feature image and above. The first six houses that the trust is building under their new business model are nearing completion in Shotover County.

Now the first six houses being built under this scheme are nearing completion in Cherwell Lane, Shotover Country. The owners can sell the house back to the trust in the future for what they paid - plus they get a premium based on the rate of inflation.

It's all common sense when written in simple terms, but behind this apparently straightforward solution are years of blood, sweat and tears negotiating with property developers and running through hundreds of different approaches and tactics in a local housing market that is anything but affordable. The breakthrough came via the Mayor's Task Force but also through the trust's persistence in calling in land contributions from developers, something the developers are not always that enthusiastic about.

There are around 530 people on the housing trust waiting list. These people will make a big dent in the 1,000 house, 10 year target but some may leave the district before their turn comes around. Some of the people on the list have deposits of up to $50,000 but still can't find a suitable property that they can afford. Many are professional people who drop to  one income when they decide to start a family.

"We are also trying to include people in different situations - including single people" explains Julie Scott. "We are trying to avoid putting everyone into just one category. People's situations vary and we need to give everyone an equal chance of getting a roof over their heads."

One of the battles yet to be won is getting the Queenstown Lakes housing trust model to match up with the Government's new Kiwibuild scheme. Julie Scott admits there's been some challenges so far based around differing income limits and the Government's ballot system versus the trust's allocation system. So can these differences be solved? "I think initially they were not so flexible but I think as it unfolds and they realise that their approach is not necessarily going to work down here, then they may become a bit more flexible, which makes sense."

Julie Scott also notes that some of the big tourism operators are finally starting to realise that providing decent staff housing is not just an important way to support the community but a good investment in terms of staff retention and productivity.

So what does Julie Scott think about the future of Queenstown? Like the police, she sees the worst aspects of our community. People living in poverty, developers trying to beat the system, the stress of people on low wages trying to make ends meet.

"I think I am optimistic about Queenstown. I think it's always going to be a highly desirable place to live, assuming there's no catastrophic natural disasters like the Remarkables falling into the lake. I think it's about really working out how we can make this district affordable for people at all ends of the spectrum from those people serving coffee, and not just the transient workers. We've all worked as a transient worker overseas somewhere for a year and, and it's great fun, but the people who are staying here long term need to have a bit more stability and I think it's important that we keep working with council and the government to do that rather than letting the market forces take care of themself. That never works. It's been proven time and again that places like this demand intervention and that's what the trust is doing, intervening in the market to help young people stay here."