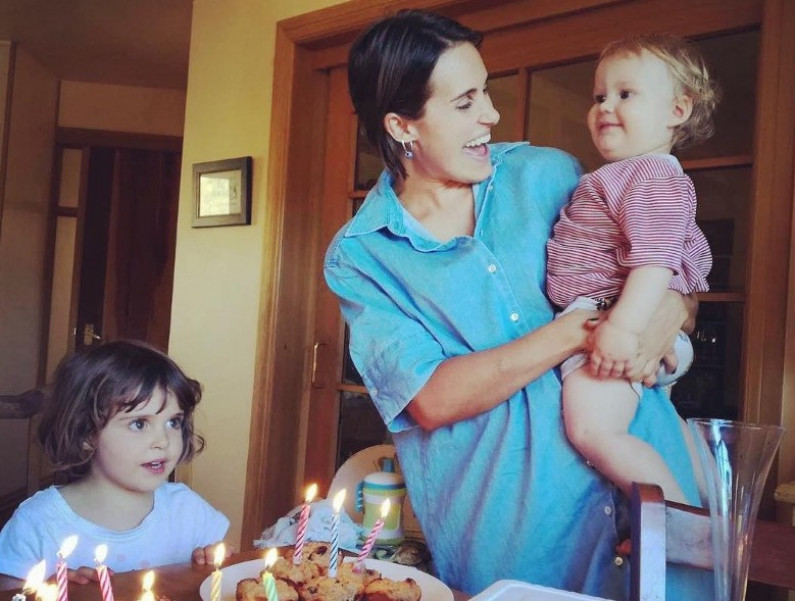 I'm losing my sight. It's sharpened my focus.

Victoria Crockford is a writer and communications professional living near Arrowtown with her partner and two young children.

I’ve always had a flair for the dramatic (age 8, wrapped in my Mum’s multi-coloured sarong, singing along to the entire Les Mis soundtrack. Full noise. Every. Single. Song).

So, when I went for a routine eye test a little over a week ago, I shouldn’t have been surprised that within one day I had a suspected tumour pressing on my optic nerve and I was banned from driving, and within three days I, in fact, had a rare, genetic disorder that means that the world is closing in around me (and can no longer drive during low light or darkness, or during the day without glasses).

“Never one for doing things by halves”, as my beloved so aptly stated.

Or, “I’ll have an ask around about who might have had wonky eyes in the family”, as my Nana so reassuringly put it.

The disorder is retinitis pigmentosa. Put simply: my peripheral vision is disappearing and, genetic science and eye implants notwithstanding, I will eventually ‘live with low vision’. What remains to be confirmed is exactly the timeline of that ‘eventually’ and exactly how low that vision may be.

As with most things, it’s the uncertainty of the situation that’s the most stressful. Plenty of people remain independent with low vision and I’m confident in the care and answers I have already received. I don’t have to have a tumour pulled out through my nose or eyebrow. Overall, I have my health. Writer Victoria Crockford - "I've always had a flair for the dramatic."

In the quiet of 2 AM, after being woken by my toddler gently kicking me in the face, I can’t help but think about what may ultimately be lost to me, however.

I think of my two children — very nearly four and 18mo respectively — and their sweet faces. Those faces are my anchor to reality and hope, my deepest connection to my partner, and my check on an ambition that is ultimately meaningless without them. How will I bear it if I can no longer see those faces?

I have gone round in circles and down to the murkiest depths of anguish over the change in identity that my children have wrought.

The high of feeling a new, overwhelming purpose underpinned entirely by an unbelievable love. The pituitary gland pumping out oxytocin. The feeling of swimming in an ocean of joy.

The low of postnatal depression, manifesting itself in me desperately pulling at my hair on the floor next to the baby’s cot in the middle of the night, crying that I didn’t know who I was anymore. That I felt so fucking directionless. That I couldn’t bear to be stuck in this holding pattern of playing wifey and cleaning up shit and vomit and toys.

That I was meant for more than this.

Of course, I, like most (white, middle-class, able-bodied) women of my age, have been steeped in the messaging that it should be children, but it has to be children and. To not have pursued — and excelled in — a career is to have only lived a half-life. To be unable to separate the teeming messiness of home-life with the planned decisiveness of the workplace is to have failed. That living up to some sort of promise is paramount.

What we didn’t get told is that rabidly pursuing ‘self-fulfilment’ at the same time as being at the epicentre of a collective is akin to contortionism of the mind. That financial pressures and societal expectations can force you into decisions that you never thought you would have to make, into agreeing with things that you could never have imagined. That you may just end up on the floor, pulling out clumps of your hair at 12.30AM.

These are things that parents of all kinds find out along the way, that we come to understand, that we learn to live with. It’s just a part of it.

When a calm and authoritative ophthalmologist tells you on a Monday lunchtime that you’re losing your sight, an entirely new light is cast on identity and what is meaningful and why.

You replay the moments that matter: hugs, birthdays, family events, travel, first kisses, graduations, green eyes on grey days, positive pregnancy tests, the sensation of your baby leaving your body, their smell, the way they appear as little aliens (so familiar, yet infinitely strange), the way your heart sings when they call you Mama and slip their wee hands into yours.

And you realise, that their love is what defines you now. And that redefinition, the re-alignment of your very being is still so difficult to reconcile with public life. And that we’re still not good at talking about the identity toll, and the weight of unpaid work and just what it means to society when we’re only bringing pieces of ourselves into any given conversation.

Witness all the recent chat about Prime Minister Jacinda Ardern and her family’s choices. While there has been immense support, the still vocal detraction sends a message about who is expected to care, how much and why.

Messages my daughter and my son are listening to. (OK, my son really only listens when we discuss food or sheep or balloons or electric toothbrushes, but he’ll be listening in soon).

So, as my vision slowly fades, my focus feels sharpened. It’s a focus on the ways we can bring love to the centre of our conversations.

We can no longer consider social and ecological frameworks as nice-to-haves once we’ve made a buck or seized power. We cannot continue to behave and speak as though love as a concept is too difficult and ill-defined to put at the centre of our personal and public interactions.

This article first appeared on Medium.com and is published by Crux with Victoria's permission.