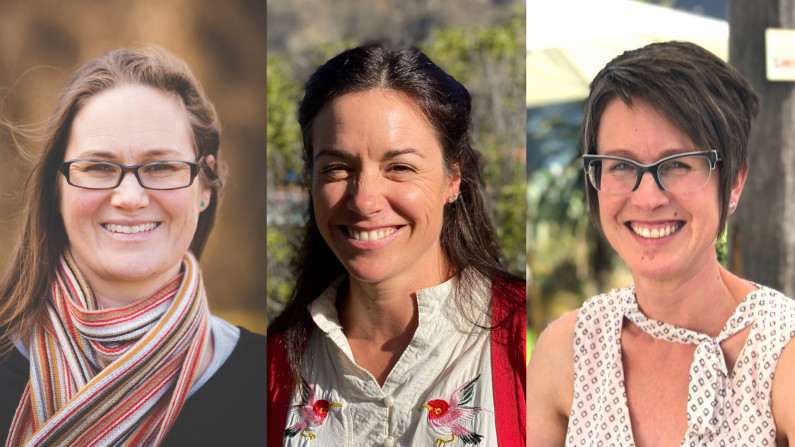 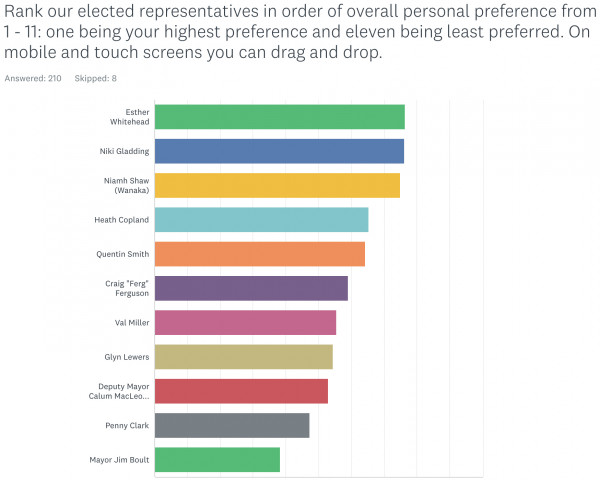 In terms of detailed analysis our survey asks the public to rank each councillor by performance in their role, the level of trust, will respondents vote for a mayor/councillor at next year's elections, communication skills and clarity of their position on key local issues. The top four councillors across all of these metrics were Niki Gladding, Niahm Shaw (Wanaka) Quentin Smith (Wanaka) and Esther Whitehead.  Penny Clark, Glyn Lewers, Heath Copland and Val Miller received the lowest scores in this analysis. 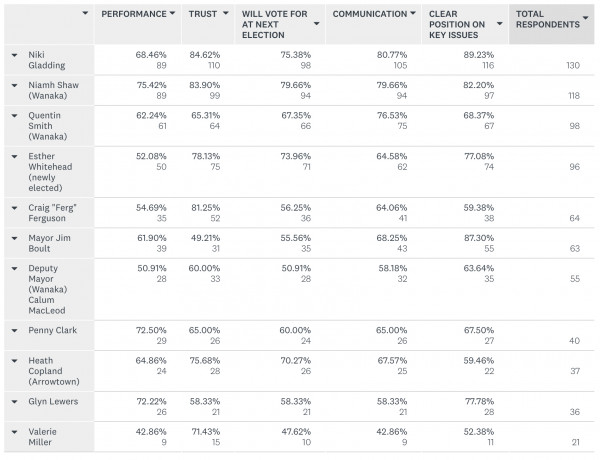 Here's the detailed breakdown of the preference survey results so far. 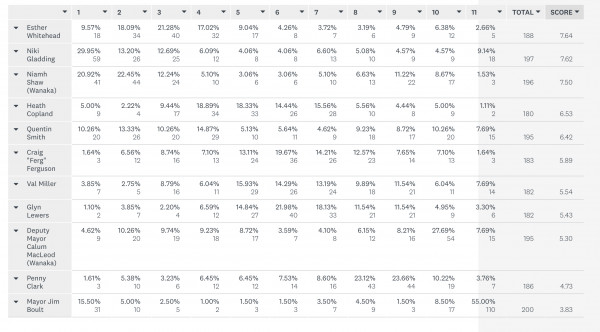 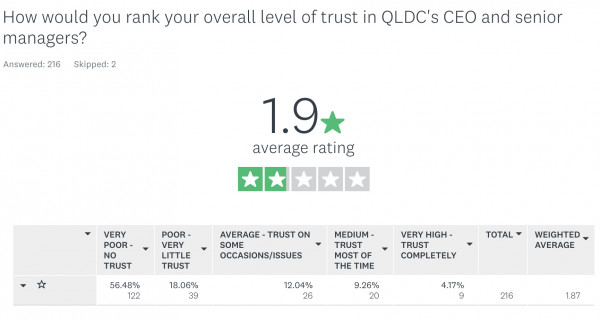 The survey closes next Tuesday August 10th - if you have not taken part yet - here's the link. 218 people have completed the survey so far.

The last Crux survey into community confidence was in May 2020 and can be read here.

For the purposes of comparison here is the result of the QLDC management question posed in May 2020. 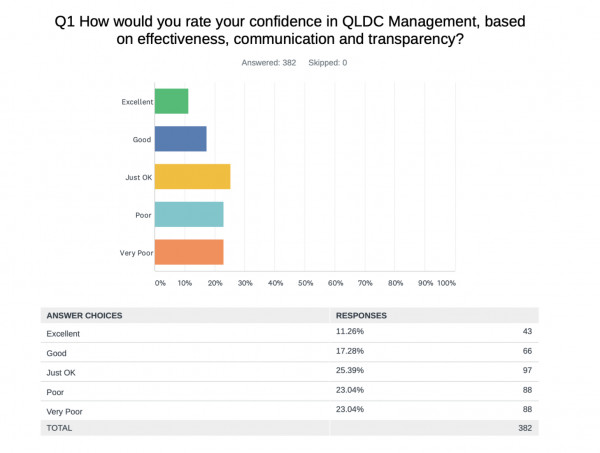