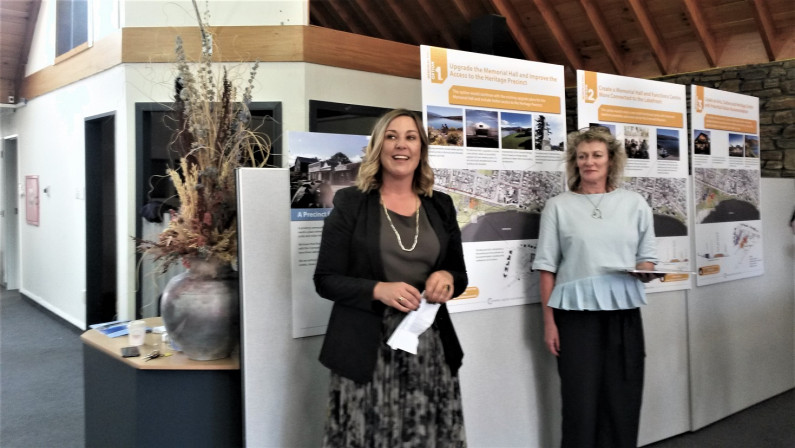 The following statement has been released by the Central Otago District Council. See our earlier story detailing the fact that the long awaited Plan Change 13 decision was received on November 5th - but is being kept under wraps until developer Chris Meehan's property group pays all outstanding council application costs and fees, believed to total around $400,000.

"Plan Change 13 is a private plan change requested by River Terrace Developments Ltd for a residential development on the outskirts of Cromwell with up to 900 residential units. The hearing for the plan change was held before independent commissioners in Cromwell in June/July 2019.

We wish to confirm that Central Otago District Council has this month received a decision on Plan Change 13. The decision is currently being withheld while council recovers costs of processing the plan change from the applicant, as is provided for under the Resource Management Act.

“Council has a policy of 100% cost recovery for all resource consents and private plan changes so costs of private development are not borne by our ratepayers,” said Executive Manager – Planning & Environment Louise van der Voort.

“The applicant requested that the plan change be heard by independent commissioners. The hearing was conducted over a period of two weeks during June and July and did not formally close until early September. This resulted in significant costs for processing the plan change which are to be paid by the applicant.

“It is always our intention to process and release planning decisions as quickly as we can. We have been working with the applicant and have promptly provided all information they have requested. However, a significant amount of the processing fee remains unpaid. Some costs date back several months.”

“It is disappointing the applicant has not yet settled the outstanding costs,” said Central Otago District Council Chief Executive Sanchia Jacobs.

“Council is now considering traditional debt recovery mechanisms so the decision can be released. The money owing is ratepayers’ money. The ratepayer should not be responsible for funding private plan changes and we do not wish them to bear the burden of this cost should it not be paid. We are as eager as all other parties to see this decision released and are doing everything in our powers to do so as quickly as possible. We hope the costs are settled as soon as possible so we can release the decision within the next week.”