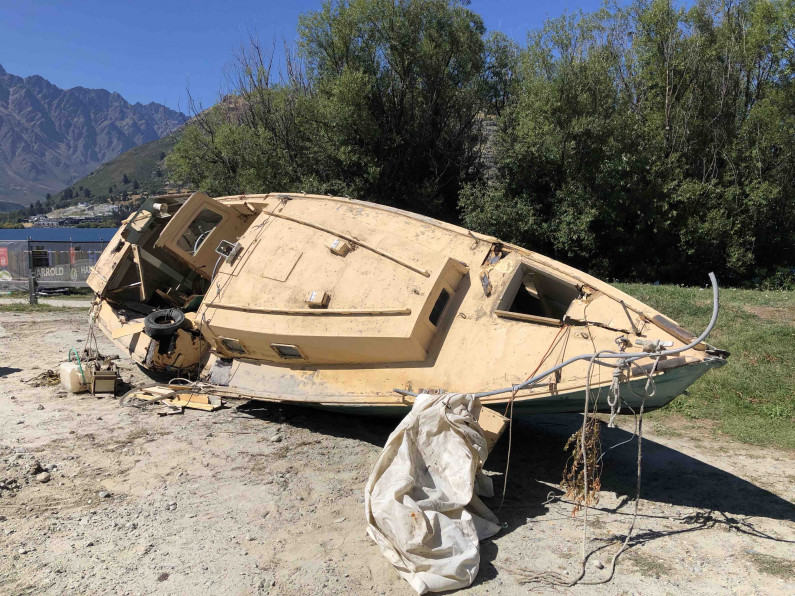 ** Updated - see the post from the Otago Regional Council below

A wrecked yacht that was leaking fuel into Lake Wakatipu was salvaged by the Otago Regional Council this morning - but left apparently dumped in a nearby car park.

Two men at the scene told Crux that the salvage job would have cost the ORC up to $3,000 and that the owner was escaping liability because he claims to have given the boat to a friend after buying it for only $250. The wrecked boat this morning - apparently dumped in a car park next to the Frankton Road.

The ORC told Crux earlier this week that they might consider recovering the salvage costs from the owner, but it looks as though that might be extremely difficult given the owners reluctance to come forward. The condition of the boat is so poor that it seems that it will have virtually no financial value to offset the costs of recovery. It raises the question of liability for boat owners in a situation where the vessel becomes a navigational or environmental hazard.

There's been no comment on the situation so far either from Harbourmaster Marty Black or the QLDC.

The Otago Regional Council posted this update at 4.00 pm today.