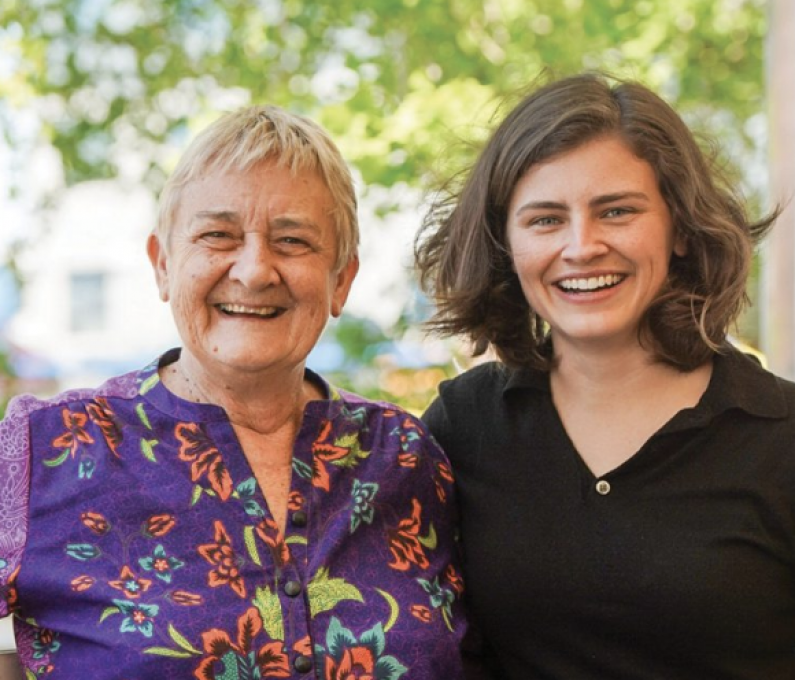 Come the first weekend of April, conversations around town are going to get a whole lot more interesting. The full programme for Wanaka’s Aspiring Conversations Ideas Festival has launched, and includes the likes of Chloe Swarbrick and Marilyn Waring, on topics like careful revolution, death and loving where we live.

The festival is part of a dream for general manager Laura Williamson - one where the arts become a reason that people come to Wanaka. “Whether that’s as visitors or to live, I would love to see us be like Aspen or Banf where you can come and engage with the mountains and go skiing, but also see some amazing music or theatre, hear some amazing speakers and thinkers,” says Williamson.

Held from the 3rd to the 5th of April, the festival consists of 11 events with speakers from New Zealand, Australia and London. From air-travel-boycotting scientist Shaun Hendy to journalists Mel Bunce and Paddy Gower discussing fake news, the festival is bringing together politicians, writers, researchers, historians and musicians to talk about the things that matter. 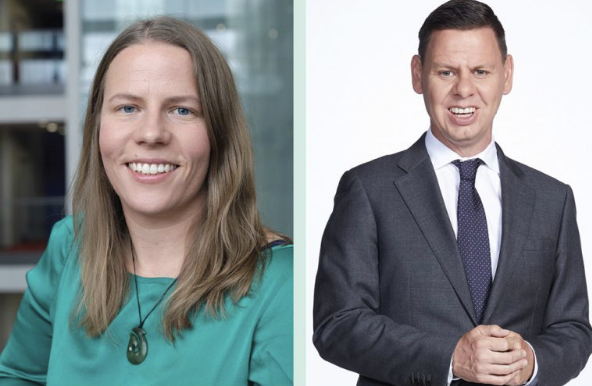 Festival Director Philip Tremewan, who started the event in 2005,  says that above all, this is a festival of the mind, something of real substance. “It’s a place where issues are explored in depth, and one where the town can come together again,” he says.

“The population has shot up, tourist numbers have shot up, this place is bursting. This festival

is a place where the town can come together again, where people can link up - they talk, they see shows, they enter the discussion.”

“It’s a chance for us to gather to listen and discuss, to question and reflect on issues that affect us all.”

He says there are threads and connections through the various topics covered in the festival, which was originally set up to compliment The Festival of Colour, which runs in alternating years.

Climate change will be a major focus, and climate change portfolio leader Tamatha Paul, scientist Shaun Hendy and researcher and author David Hall pick apart whether we as individuals can really make a difference with lifestyle changes.

Tremewan says the programme this year features topics that he hopes will catch the interest of everyone in the community. Shihad frontman Jon Toogood, for example, who tells his story of converting to Islam, marrying in a traditional Sudanese wedding and bringing up his kids as Muslims. Toogood talks about this journey and his experience being deeply affected by the Christchurch terror attacks in ‘Musician, Muslim, Kiwi’. 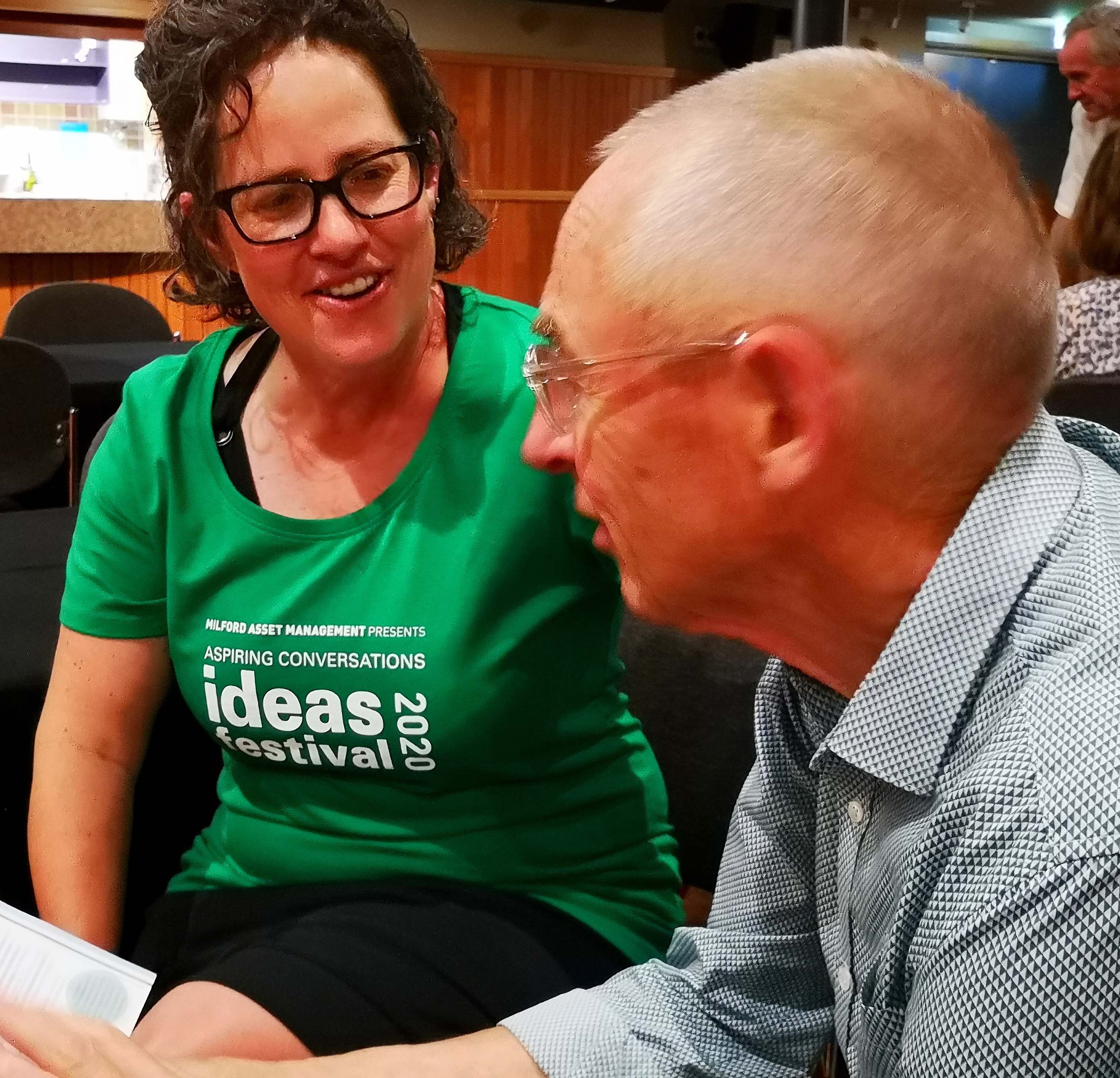 Takerei Norton, Helen Brown and Sir Tipene O’Regan from the Ngāi Tahu Archive team take us on a journey through the history and stories of this region, where colonisation saw many original place names lost.

On Saturday the 4th, the corner outside Kai Whakapai will come alive with a new addition to the festival - Streetside Soapbox.  A line-up of quickfire soapbox talks and slam poetry on a range of topics, this one will be kicked off by Chloe Swarbrick at lunchtime, and is free.

Swarbrick will also be talking with Marilyn Waring - a conversation between the two youngest MP’s in New Zealand history. They both entered at 23, but have done it 50 years apart.

Speakers on the topic of sustainability are yet to be announced, held open so that, as Tremewan says, it fully reflects current events. You can see the full programme below.

Williamson says the festival has been a leader in the growth of Wanaka’s art scene. “When it started in 2005, for me personally as someone who really enjoyed the arts, it was an amazing addition to the community. In that intervening 15, the reputation of both the festival and the arts have grown.”

If you want to be part of that growth, and get involved in the conversation, tickets for the Festival are on sale from Friday 14 February through www.aspiringconversations.co.nz

New Kids on the Block

Politicians Marilyn Waring and Chlöe Swarbrick are the two youngest MPs in the last 100 years. They discuss their experiences of political life and what has changed, and what hasn’t, in the years across their terms in Parliament.

Speakers to be announced

New in 2020, this FREE lunchtime event features a line-up of quickfire soapbox talks and slam poetry on the pavement in central Wanaka kicking off with Chlöe Swarbrick.

Loving Where We Live

Where we live has a huge impact on how we feel about ourselves. But what happens when the place is fractured by something like an earthquake. Researcher/writer Philip Morrison and writers Fiona Farrell and Chessie Henry explore the topic.

Four New Zealand musicians draw from the deep well of the blues and talk to music journalist Nick Bollinger about how the blues has inspired them. They’ll each be performing songs that capture something of its spirit and power. Sharing their experiences will be Zoë Moon, Coco Davis (Daffodils), Tom Rodwell and Darren Watson.

We talk about birth, but struggle to come to deal openly with death. Australian oncologist, broadcaster and writer Dr Ranjana Srivastava believes that in order to die well, we must face our own mortality. She is joined by poet and doctor Glenn Colquhoun to talk about dealing with the deaths of friends and family, and facing our own inevitable passing.

Lakes Wānaka and Hāwea are part of an ancestral landscape of immense cultural significance to Ngāi Tahu, but many of the region’s original place names and stories were rendered invisible through colonisation. Takerei Norton, Helen Brown and Sir Tipene O’Regan from the Ngāi Tahu Archive team take us on a journey through history.

When Shihad frontman Jon Toogood met the diplomat’s daughter in Melbourne he wasn’t expecting the journey that followed – converting to Islam, marrying in a traditional Sudanese wedding and bringing up their children as Muslims. The Christchurch terror attacks shook him as a Muslim and a Kiwi. He talks about his experiences.