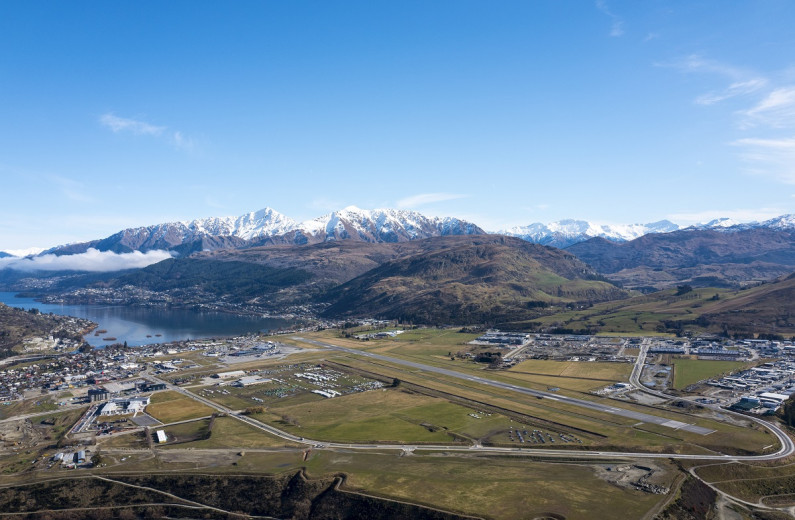 The Wanaka Stakeholders Group has just released a copy of this letter sent to QLDC's Mayor and Councillors ahead of Thursday's full council meeting.

We acknowledge that Council is about to consider the Final 2020 Statement of Intent at its meeting this coming Thursday - the 29th of October. This SOI is to all intents only covering the five month period through until March next year - whereupon a new Draft SOI will be considered by Council and its Liaison committee. As you are aware - Wānaka Stakeholders Group is made up of approximately 3500 members of residents, ratepayers and businesses in the Upper Clutha. Our work on the Wānaka Airport is also widely supported by the community associations of Hawea, Albert Town, Luggate and Mt Barker.

Our comments are limited given the constraints of time available to review this document.

It is in our opinion therefore nonsensical, if not arrogant, for QAC and the Council to proceed to agree to this SOI as if the judicial review case never occurred and ignoring all of the evidence and arguments presented to the Court for its review. Our view is that the Council should not agree to this latest SOI as it relates to Wānaka Airport without at least acknowledging that its content is subject to reconsideration when the High Court judgment is available.

While, in the High Court proceedings, QLDC’s officers and its lawyers suggested (incorrectly we say) that the term “dual airport” had been used (in the past) to mean or cover a range of possibilities, one meaning which the term “dual airport” definitely has, certainly to QAC and its consultants, is that Queenstown and Wānaka operating as “dual airports” means airports both capable of taking scheduled narrow-body jet aircraft services.

QLDC via its lawyers also claimed in the High Court (which is disputed) that via the SOI, QLDC, not QAC, still has complete control over any decision to develop Wānaka airport and further claimed that QLDC has never made such a decision. Given that, QLDC should not agree now to an SOI with these two “key objectives” which are premised on turning Wānaka Airport into a jet capable airport.

There is no point in QAC developing such a long-term plan for Wānaka airport unless and until a lawful decision has first been made by the Council following a lawful consultation with the community that Wānaka airport should be turned into a jet capable airport, and one which is operated by QAC under the Strategic Alliance Agreement with Auckland Airport.

This latest version of the SOI is both remarkable and defective for its now complete omission of any reference to the Strategic Alliance Agreement or to the so-called Memorandum of Lease, or the previously agreed “Wānaka Guiding principles”. How are all councillors and the public able to understand the full implications of this SOI without full reference to the impact of these arrangements?

An airport master plan has no regulatory basis and there is no legal requirement for QAC, a company owned 24.9% by Auckland airport, to act on any consultation it undertakes. As we have stated from the very beginning, we are entitled to be consulted, and require to be consulted, by QLDC, ie by those who we elect to govern our communities and who have the legal obligation to do so under the Local Government Act, particularly about community owned and controlled strategic assets such as Wānaka Airport and Project Pure.

It is not right that consultation is undertaken by a CCTO which is owned 24.99% by a commercial operation like Auckland Airport which has a Strategic Alliance Agreement that gives Auckland Airport very substantial management and governance power and influence well beyond anything normally available to a minority shareholder.

We trust these comments are helpful for your deliberations on this matter. Yours sincerely